How smart technology is impacting sustainability

IoT Secure collected interesting facts and statistics about the impact of smart technology on sustainability efforts from industry experts and news reports.

While most of these devices are sold as ways to make homes more comfortable and save money on utilities and other costs, some are also compatible with the reduction of energy use and pollution. IoT Secure collected interesting facts and statistics about the impact of smart technology on sustainability efforts from industry experts and news reports.

The economic value potential of Internet of Things devices was at least $740 billion in 2021 and is expected to grow dramatically by 2030, according to a November 2021 report from McKinsey. Manufacturing is one of the world's largest industries, marked by cutting-edge technology since the advent of industrialization. One way smart devices and technology can support manufacturing and other industries is by helping to eliminate the waste created by human habits. Plus, fine-tuned computer sensors can switch off machinery more efficiently—and much faster when there's danger.

Save energy and money with smart lights 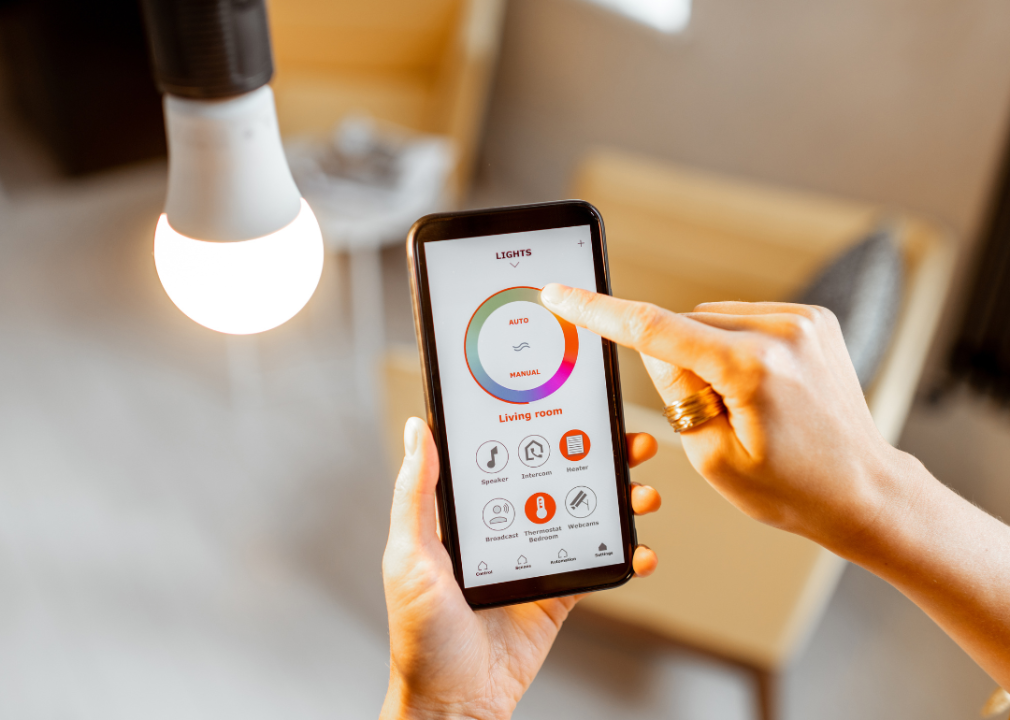 LED bulbs already use 75% less energy than traditional incandescent light bulbs. When you add smart lights, which can power lights on before you get home from work, you can save even more energy. That could mean your lights are on for almost 50% less time throughout the day—a huge difference. Smart lights can also turn on and off based on sunrise and sunset, making your day more evenly lit without fussing with switches. Unlike incandescent and fluorescent bulbs or tubes that can have a high lifetime cost of being switched on and off, LED bulbs don't lose life this way.

Help cut down on wasted water 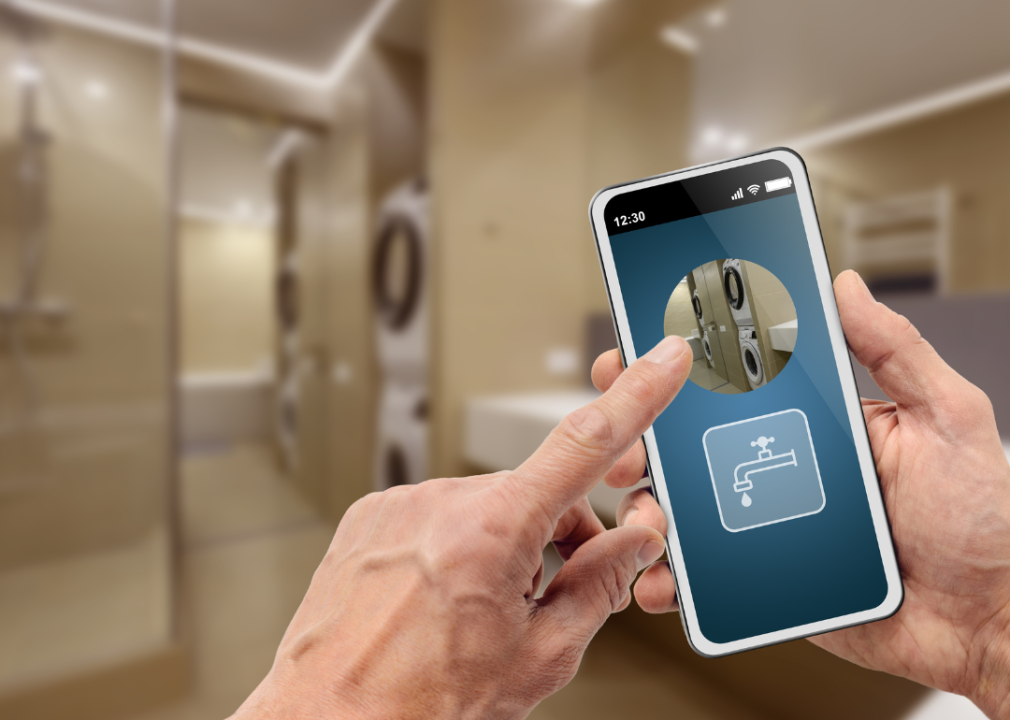 The Environmental Protection Agency estimates that about 1 trillion gallons of water are wasted every year due to household leaks. What seem like small issues—a toilet that keeps running or a slow drip under the kitchen sink—can add up to tremendous losses. Using technology that can automatically alert users to the presence of a leak can help reduce this loss by getting the problems fixed sooner. You can search your house for leaks to start, working methodically and tuning up the pipes. After that, a smart leak detector can make sure everything stays shipshape. 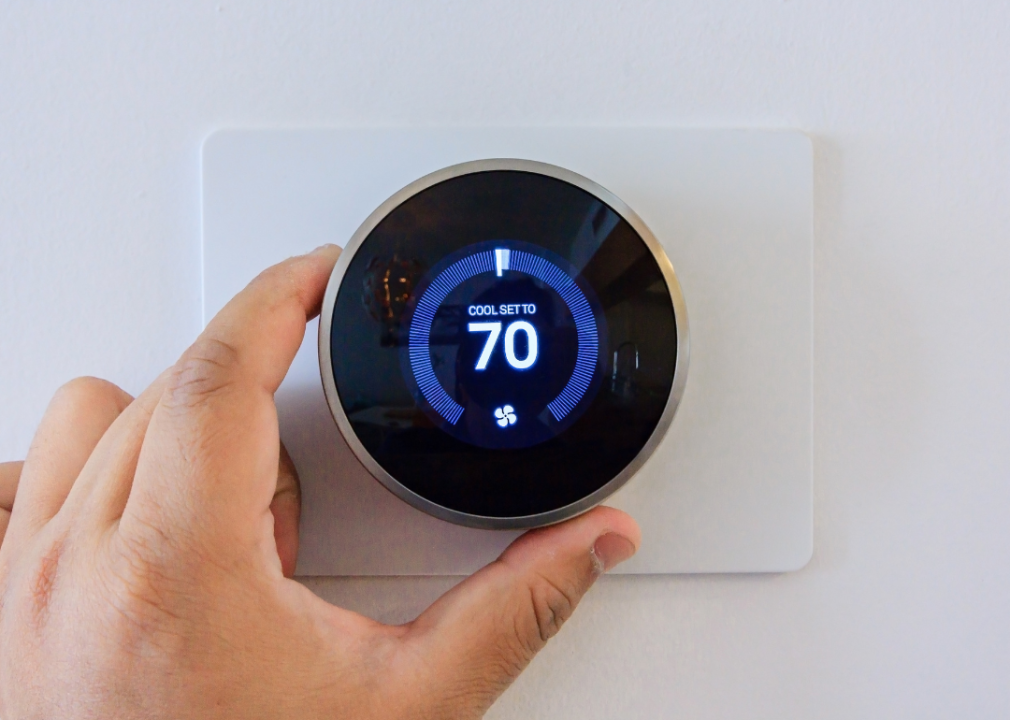 Air conditioning accounts for about 12% of home energy consumption, while forced air heat can account for up to 29%, according to the U.S. Department of Energy. Programmable thermostats already represented a great improvement, letting users set a timer to start the air conditioning before they leave work, for example.

Smart thermostats like Nest take it a step further, with algorithms that study how heat and cool actually move around your home and adjust accordingly. Nest reported in 2015 that its "learning thermostat" saved users about 15% on cooling and about 10% to 12% on heating. That translates to a roughly 2% overall home energy savings for cooling and 3.5% savings from heating. 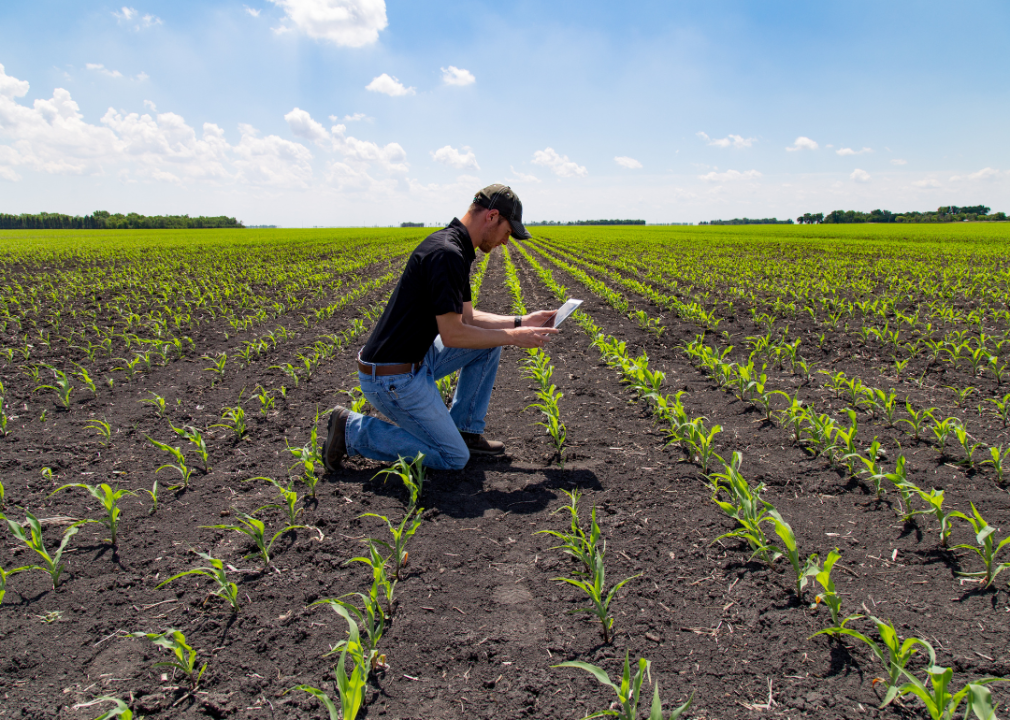 Farming has long had an eye on efficiency, especially for small farmers trying to turn narrow profit margins into a livable income. While exact numbers are difficult to find, organizations like PNAS claim that smart sensors can monitor farms to allow for more targeted application of water and chemicals like pesticides. And that makes intuitive sense because computers are far better than people at knowing, for example, exactly when to switch the flow of fertilizer on and off.

Modern farm equipment can be programmed with full maps of where and what to apply, keeping movements precise and applying products where needed. Human operators—less certain and wanting to err on the side of caution—are likely over-applying products through multiple cautious behaviors. 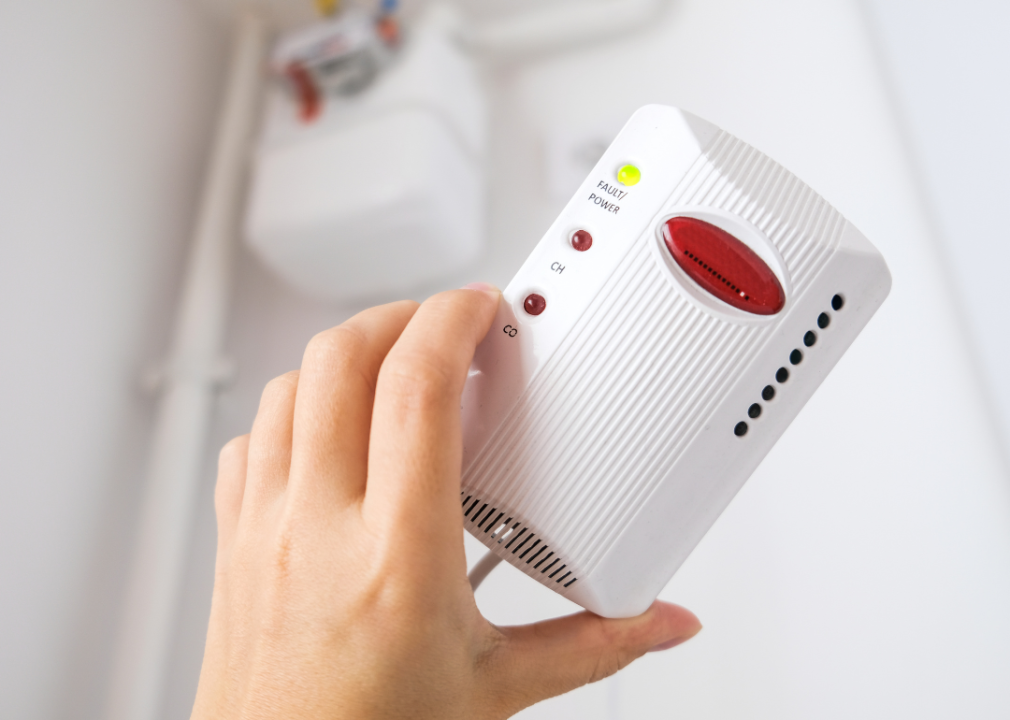 While carbon dioxide gets more of the attention on the international stage, methane is the second-most common greenhouse gas and can be more damaging pound for pound. There are natural sources of methane like livestock that can be somewhat reduced over time with diet changes, for example.

But others are human-made because methane is the most common component of "natural gas" used in stoves and heating. Natural gas lines, which zigzag all over the world, are prone to leaks. One system, already deployed in Italy, uses smart methane detection with vehicle-based sensors to find leaks that need patching.

This story originally appeared on IoT Secure and was produced and distributed in partnership with Stacker Studio.

How to set up your home office for success