The largest lottery jackpots in US history

Stacker compiled a list of the 15 largest lottery jackpots in U.S. history from news reports and lottery press releases. 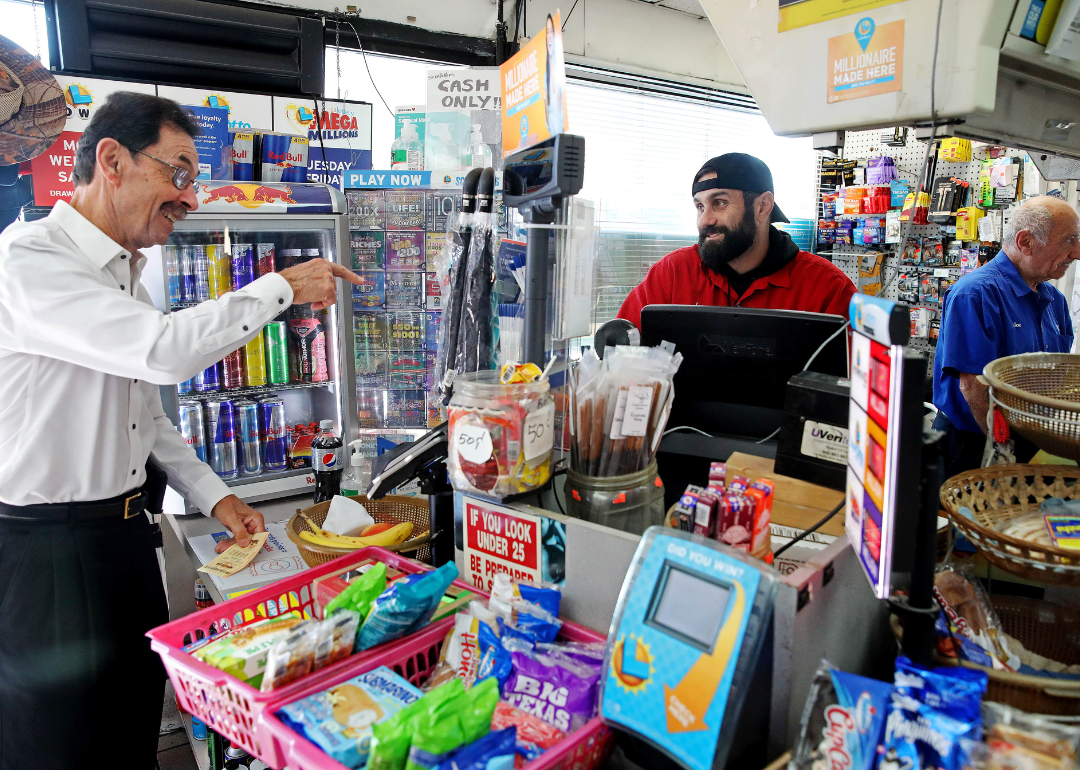 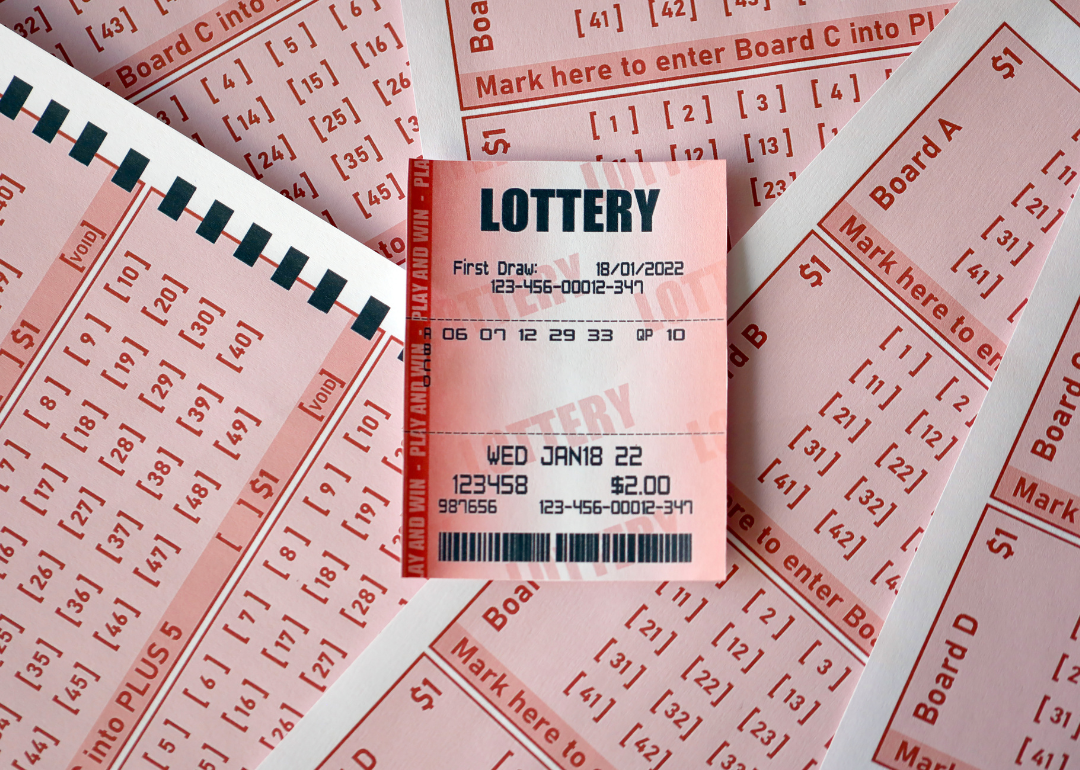 Lotteries have been around for a long time across cultures. From ancient Greece to the Han dynasty, people played the odds to realize an ambitious dream, while on the other end, states looked to profit. In the United States, the popularity of the lottery came with European colonization, according to historian Jonathan D. Cohen in "For a Dollar and a Dream: State Lotteries in Modern America." Despite Protestant misgivings, the profits generated from lotteries were used to finance civil defense, the construction of churches, and even the founding of Harvard, Yale, and Princeton.

While lotteries helped fortify a new country, Americans eventually eschewed their use because of widespread concern over misuse and mismanagement. In 1964, New Hampshire ran the first modern state-run lottery. Now, only five states—Alabama, Utah, Alaska, Hawaii, and Nevada—don't offer lotteries, while the District of Columbia, Puerto Rico, and the U.S. Virgin Islands all have lotteries operated by the government.

States use lotteries to raise money for different administrative fees and to fund public services such as education or support for veterans. According to the National Conference of State Legislatures, lotteries provide about 1% of state revenue annually. And what do the lucky ticket holders do with their share? Stacker compiled a list of the 15 largest lottery jackpots in U.S. history from news reports and lottery press releases, with details on how winners used the funds if available.

You may also like: States with the largest unionized workforces 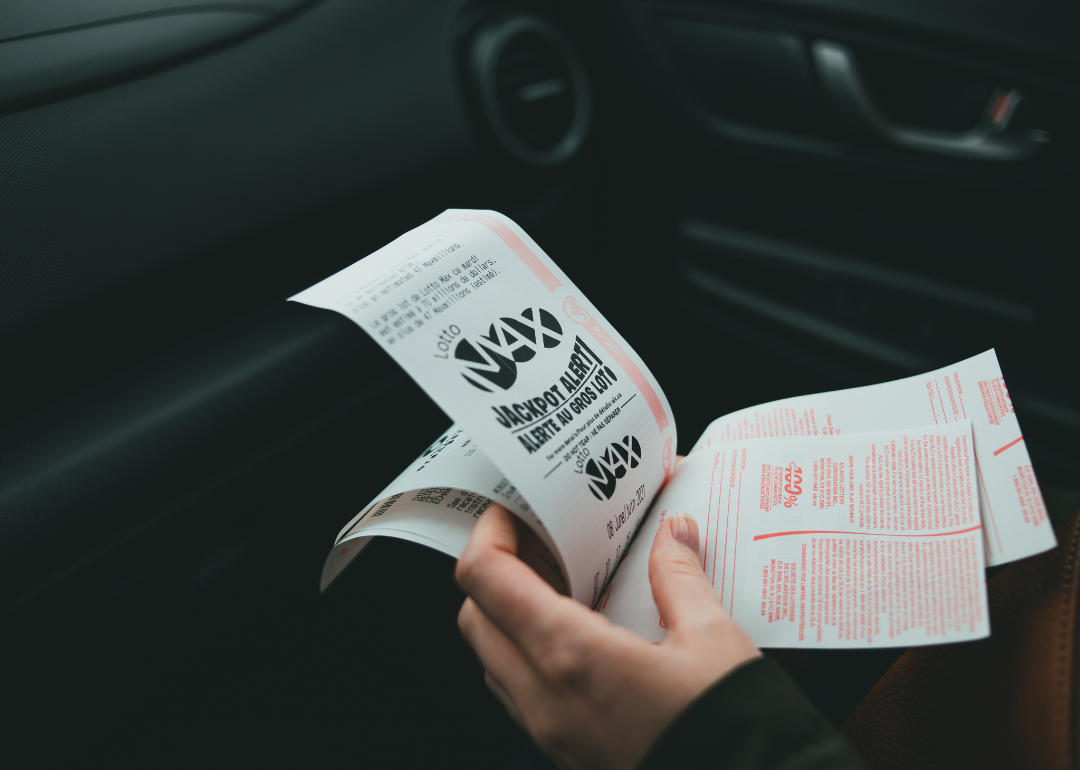 One of the two winning tickets belonged to Mark and Cindy Hill, who donated millions from their jackpot to help their local town build a new fire station, among other improvements. An anonymous winner in Arizona opted to take the lump-sum cash payment, which worked out to $192 million before taxes. 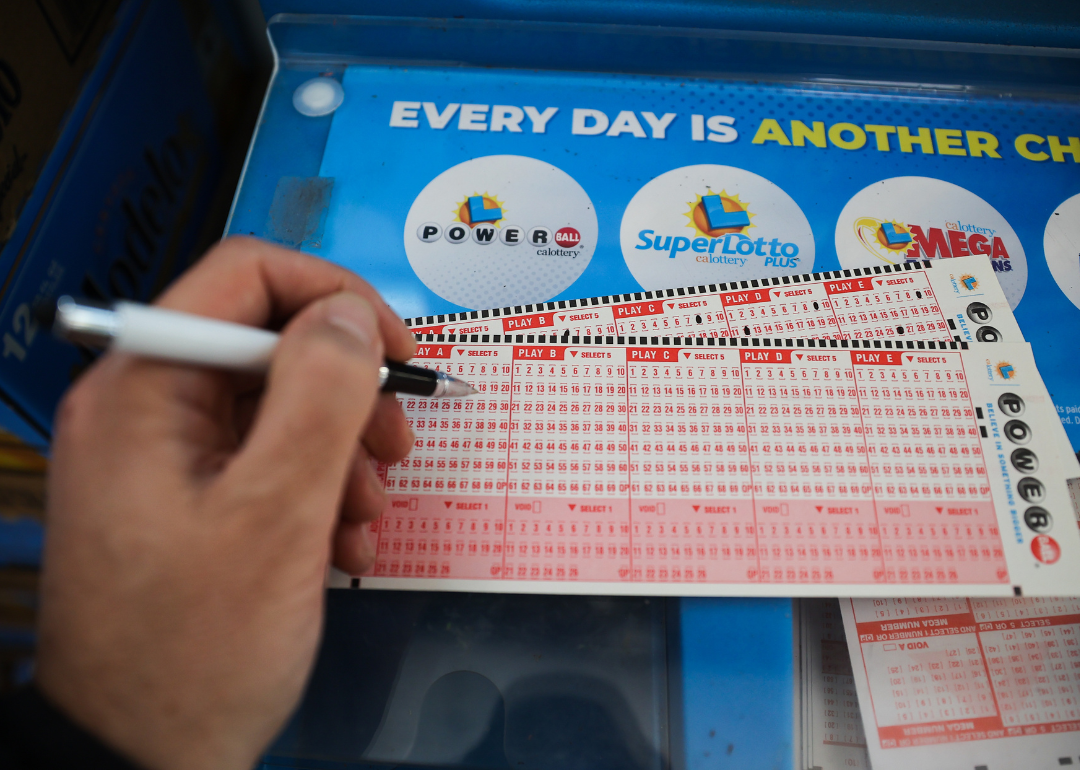 This entire jackpot went to a single winner, a woman in her 80s in the Tampa area. While her win—about $278 million after taxes—may seem to have been an incredible stroke of luck (a mother and daughter in front of her allowed her to cut in line to buy her ticket first), that luck eventually ran out: She sued her son for millions, alleging he mishandled the windfall. 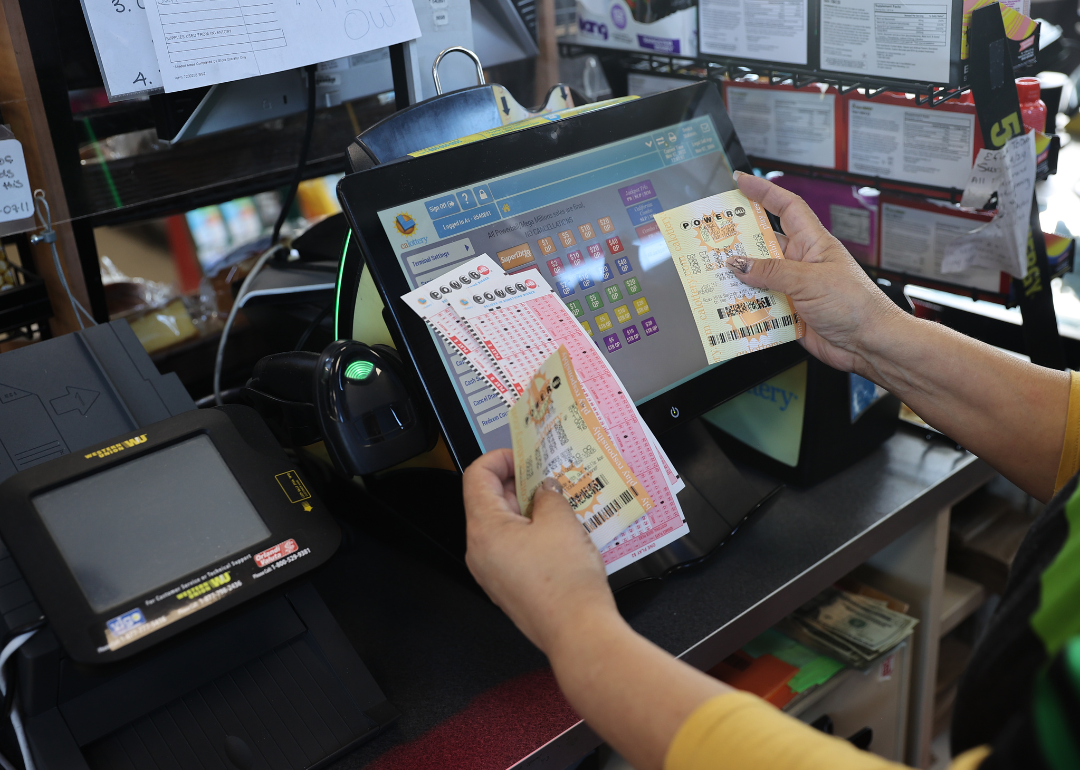 Two tickets split this jackpot, and the couple with the winning ticket in Wisconsin may have been in for a shock after learning how much went to the taxman. They chose the cash option for their half of the winnings, which totaled $225.1 million, though $71.2 million went straight to government coffers. 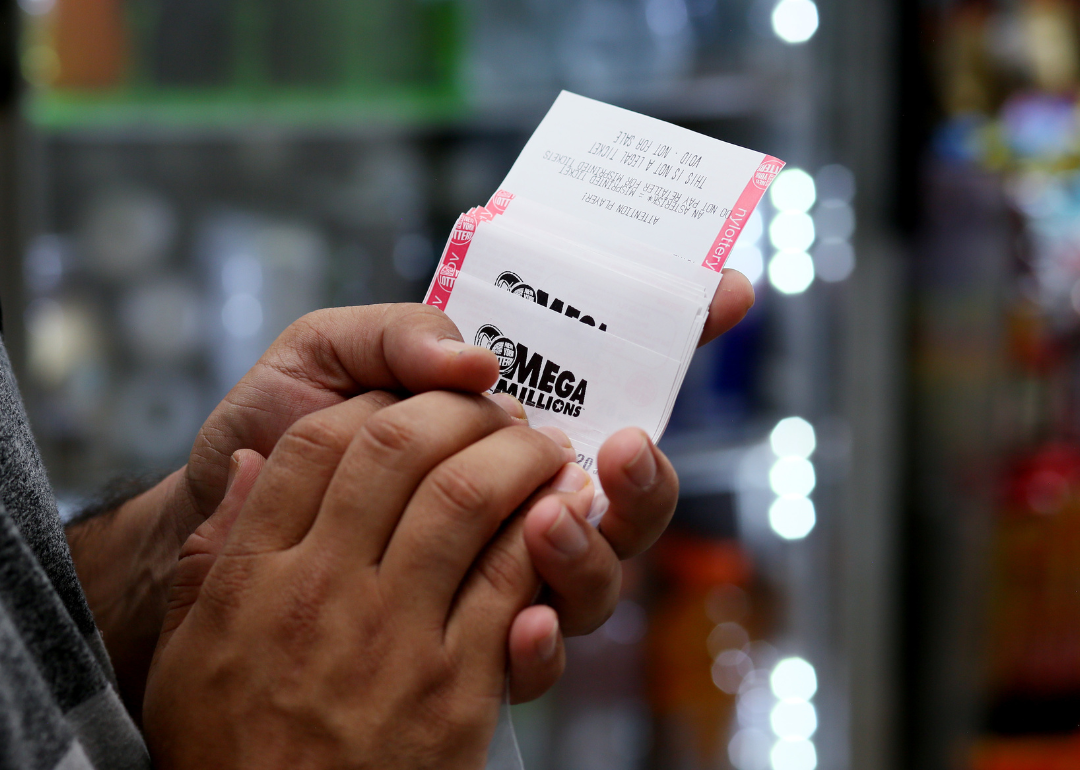 Big U.S. lotteries will let players have their numbers drawn randomly, or the buyer can choose the numbers they wish to play. While choosing birthdays or lucky numbers may seem silly, that strategy worked out nicely for Ira Curry in Georgia, one of the two winners of this jackpot. Her lucky combination of family birthdays earned her $173.8 million after taxes. 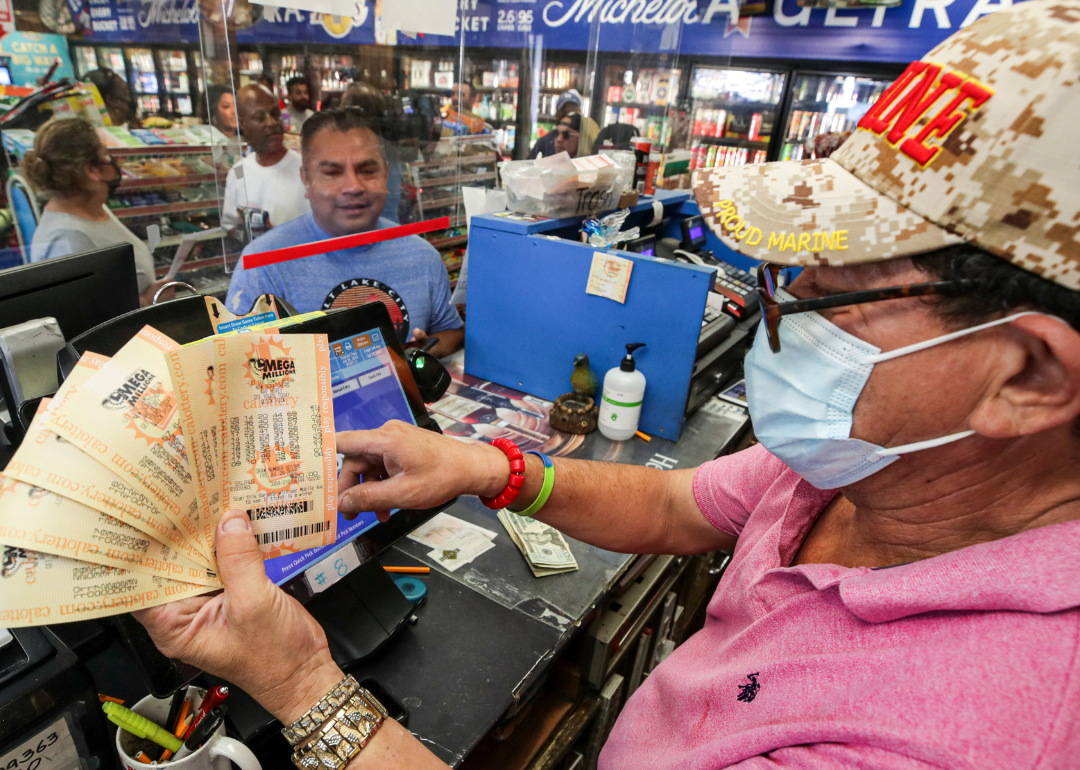 A cash windfall seems to promise the recipient a lifetime of luxury and leisure, but that's not always the case. Merle and Patricia Butler, who won a third of this jackpot, built a financial and legal team to help them stay solvent (but not before buying one of the most expensive houses in their county.) 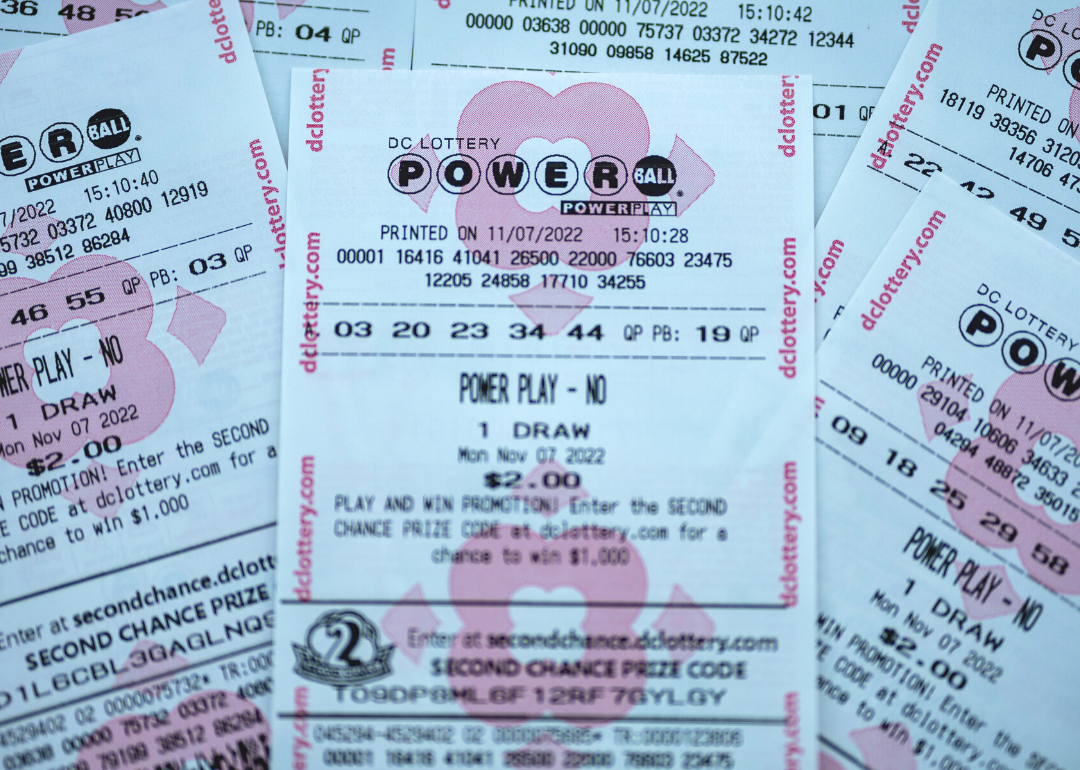 Lerynne West was one of the two winners to split this payday, but she nearly lost her chance. West was in the middle of a move to her new home when she heard a winning ticket was sold nearby, but she initially couldn't find the ticket during the chaos of moving. Thankfully, she tracked it down, earning a lump sum payment before taxes of over $198.1 million. 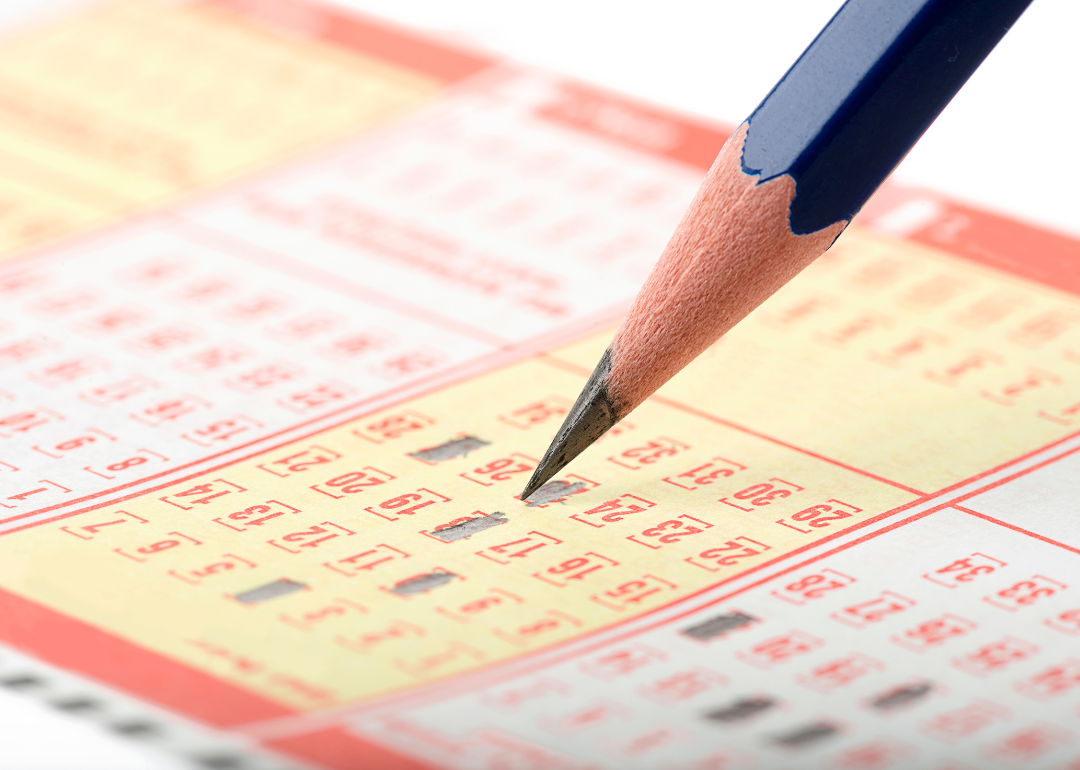 Scott Godfrey, the sole winner of this drawing, chose to take home the lump sum payment of nearly $500 million before taxes. Two months after his win, Godfrey set up a foundation for charitable works and donated a carload of toys for a holiday drive. He has since spoken out on viral social media scams that use his name to dupe people with the false hope that he'll give them money. 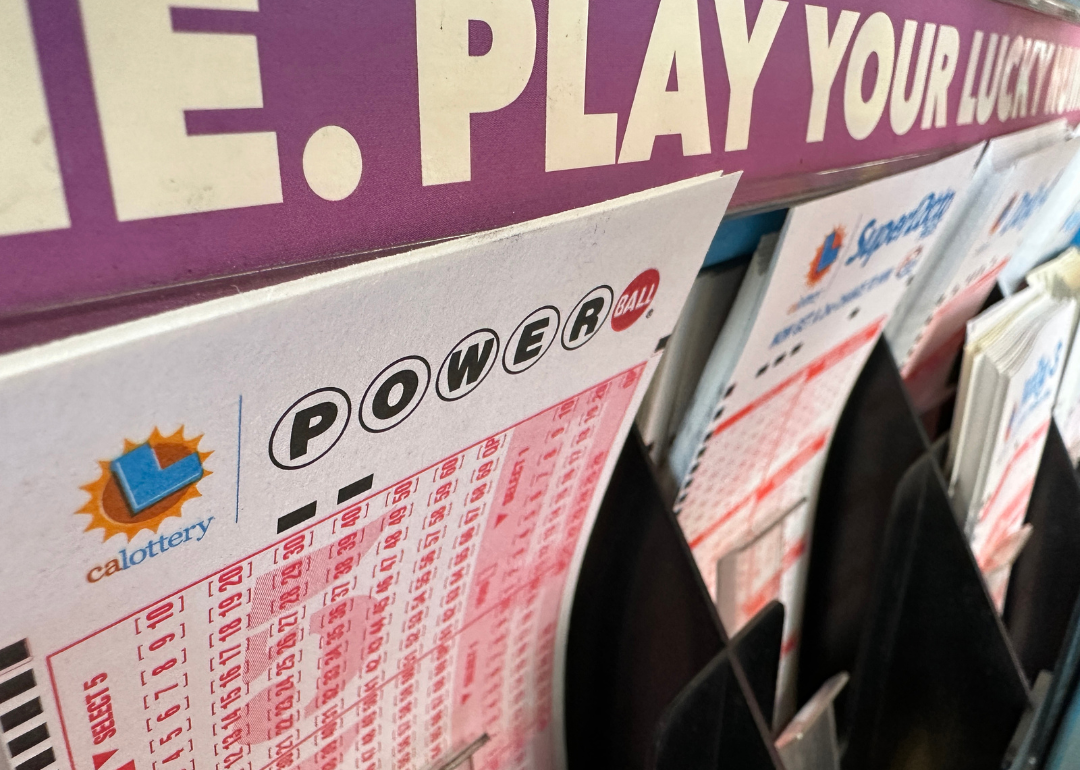 Before selling this winning ticket at a local corner store, the tiny town of Lonaconing in Maryland was known mostly for being the hometown of Major League Baseball pitcher Lefty Grove, who was elected to the Baseball Hall of Fame over 75 years ago. This new influx of attention (and a $100,000 bonus to the store for selling the ticket) was an unexpected development to many in this coal-mining town of about 300 families. 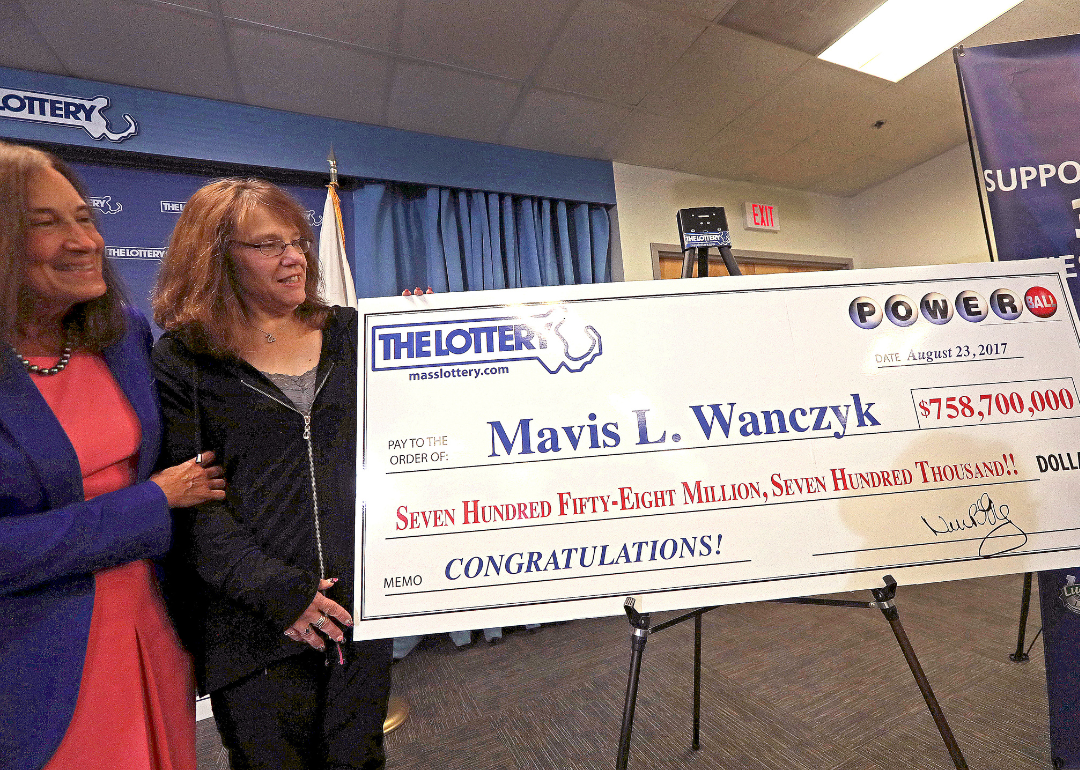 Two things happened when Mavis Wanczyk won a $336.6 million lump sum after taxes. First, she did what many aspirational lottery winners aim to do—quit her job at a hospital. Unfortunately, the massive, sudden influx of attention also led local police to set up outside her home for her security. 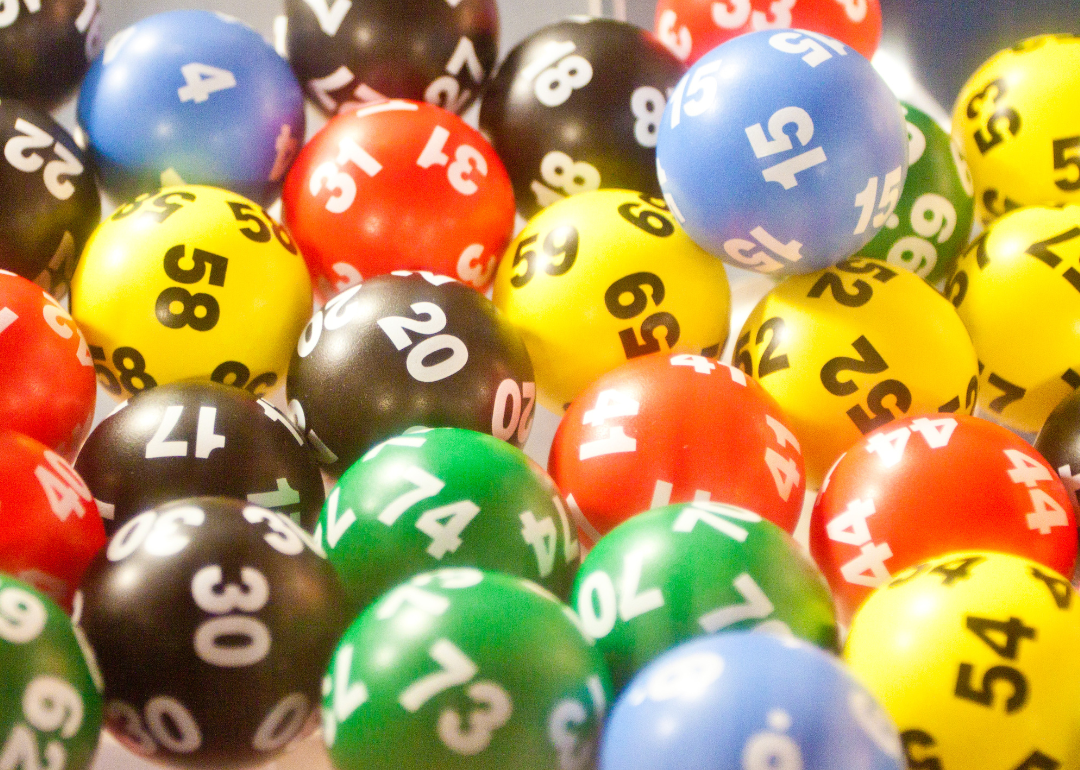 Manuel Franco said that before collecting this jackpot, his biggest financial goal was to save $1,000 in his bank account. Franco noted that the winning ticket was stuck to another ticket in his wallet, and he almost didn't see it. He told the press that with the winnings, he plans to travel, pay for the college education of his family members, and donate to charity. 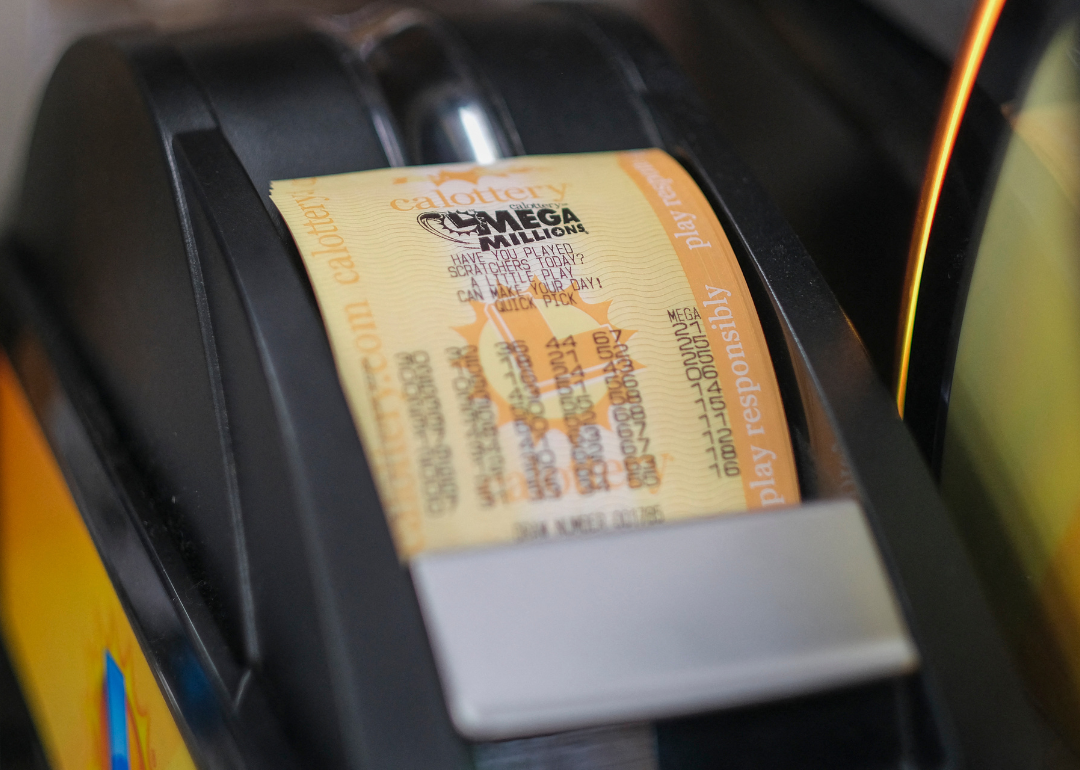 Most lottery winners want to stay out of the limelight, but some states require winners to be identified. Michigan has a loophole: Registered lottery clubs can select representatives to collect the winnings. The members of the Wolverines FLL lottery club, which held this billion-dollar-winning-ticket, hired a Florida-based lawyer to represent them, keeping the members' identities private. 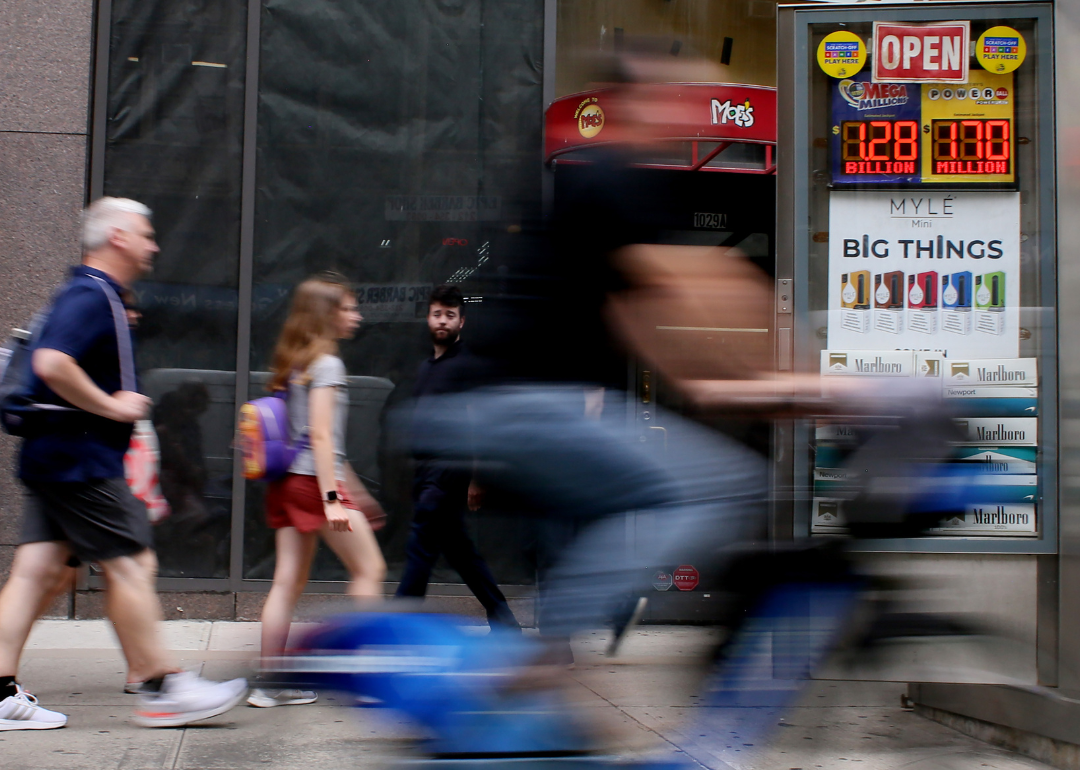 Two people in Illinois waited nearly two months to come forward and accept their prize, which they chose to take as a lump sum payment for each of $470.7 million after taxes. At least 16 states are like Illinois in that they allow winners to maintain anonymity. 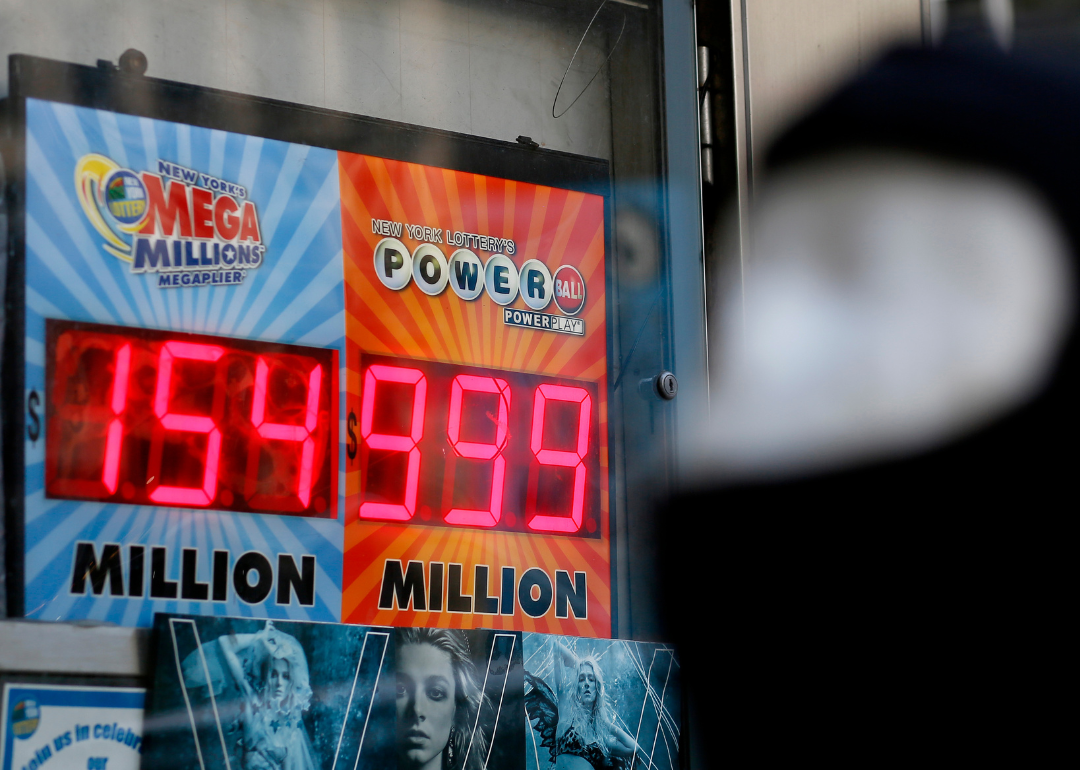 A soon-to-be anonymous winner was on a scenic drive when they pulled over at the KC Mart in Greenville and bought a ticket "never once thinking she had the slightest chance to win," according to a statement from her lawyer Jason Kurland, who represented several lottery winners. The drive earned her a lump sum cash payment of over $877 million before taxes. The winner's lawyer? He was later charged with swindling money from his lottery-winning clientele. 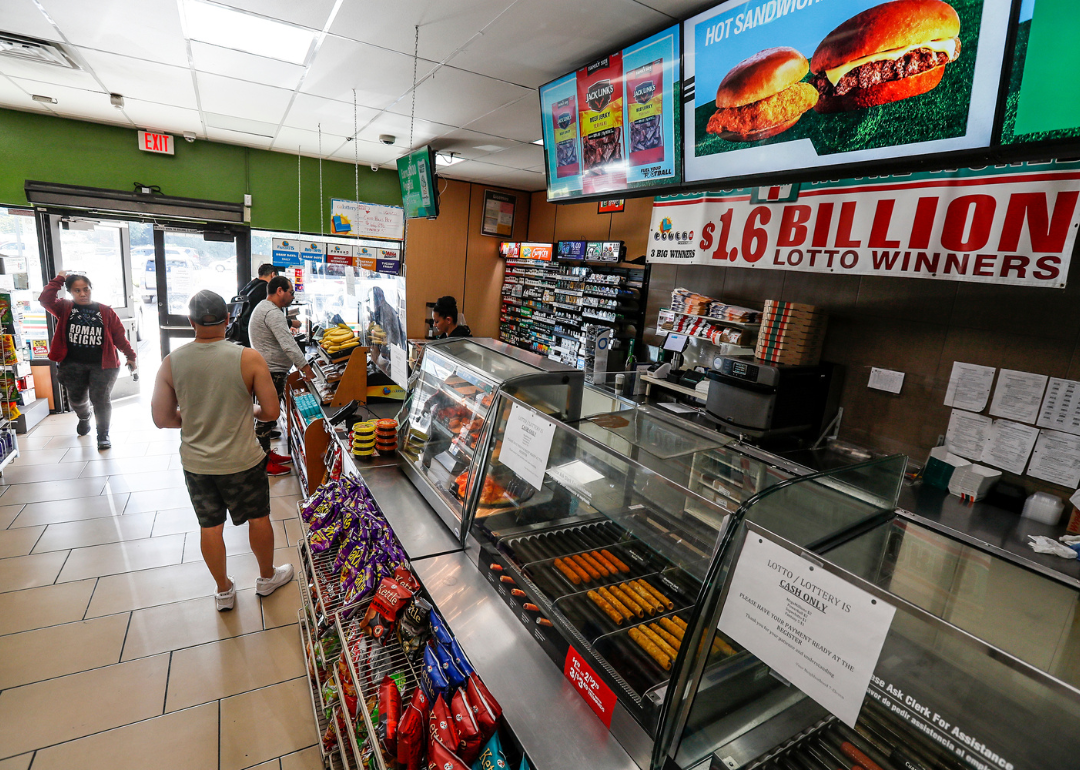 Even in states where lottery winners' names have to be made public, some winners take comprehensive steps to stay out of the glare of media attention. Marvin and Mae Acosta, who split this jackpot with two other winning tickets, not only showed up six months later with security guards to claim their winnings, the Associated Press reports they moved out of their home listed on property records the day before coming forward. A statement by the couple said they would be donating most of the prize to a trust and charities.

The winner of the first U.S. jackpot to crack the $2 billion mark has not revealed themselves as of December 2022. The ticket was sold at Joe's Service Center in Altadena, just north of Los Angeles, and would net the winner $997.6 million before taxes in a lump sum. Should they choose to receive the money over 30 years, the jackpot works out to $68 million a year before taxes.