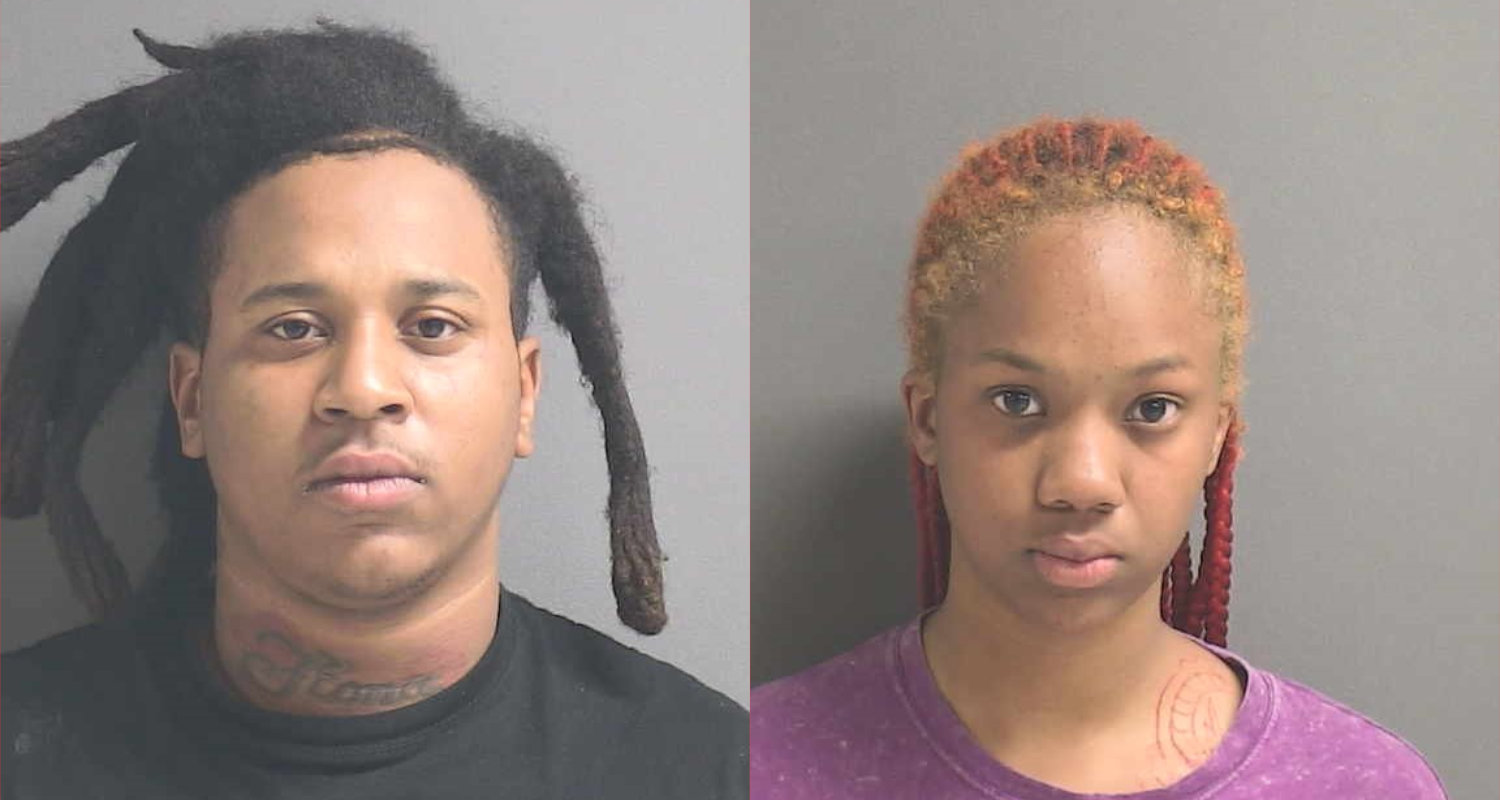 Orange City, FL - A brother and sister are arrested just five minutes after a home invasion, and one of them is facing some very serious charges.

Volusia County deputies say Jarvis and Jarvia Carr were arrested after the pair had fled north towards DeLand from Orange City. Jarvia had picked Jarvis up following a botched robbery on Hamilton Avenue. Deputies say Jarvis held a man at gunpoint while another suspect went and grabbed his safe, but the robbery didn’t go as planned. When they tried to leave they attempted to steal a truck but couldn’t get in. The owner set off the panic alarm, which sent them running.

Shortly after he was picked up by his sister, the pair was followed by officers and deputies. A Volusia Sheriff’s Office sergeant who first followed them said Jarvis had pointed his gun at him, but didn’t fire. With a helicopter overhead, they hit a curb and came to a stop outside a CVS on South Woodland Boulevard.

Jarvis tried to run but couldn’t make it far in his Crocs, so he surrendered at a nearby Publix. Jarvis took off running but ran out of his Crocs and surrendered in the nearby Publix parking lot. Jarvia, meanwhile, stayed in the vehicle and was arrested without incident.

Inside a backpack Jarvis had thrown into some bushes was 40 grams of methamphetamine and “other evidence” according to deputies.

Jarvis took most of the charges from that incident. He’s facing charges for home invasion robbery with a firearm, armed trafficking in methamphetamine, aggravated assault on a law enforcement officer, carjacking, fleeing or attempting to elude law enforcement, possession of a firearm by a convicted felon and resisting an officer without violence. All of that earned him a stay in jail with no bond.

He was already out on bond with charges from last year including armed trafficking in morphine, possession of fentanyl, MDMA and cocaine with intent to sell, possession of Oxycodone and THC oil, possession of a firearm by a convicted felon and tampering with evidence.

Jarvia is charged with accessory to robbery, fleeing or attempting to elude law enforcement and violation of felony probation. She told deputies her brother called her for a ride, then told her to “just drive,” and eventually switched seats with her to take the wheel as law enforcement apprehended them.

At this time, deputies are searching for an additional suspect. Other charges are pending in this investigation.