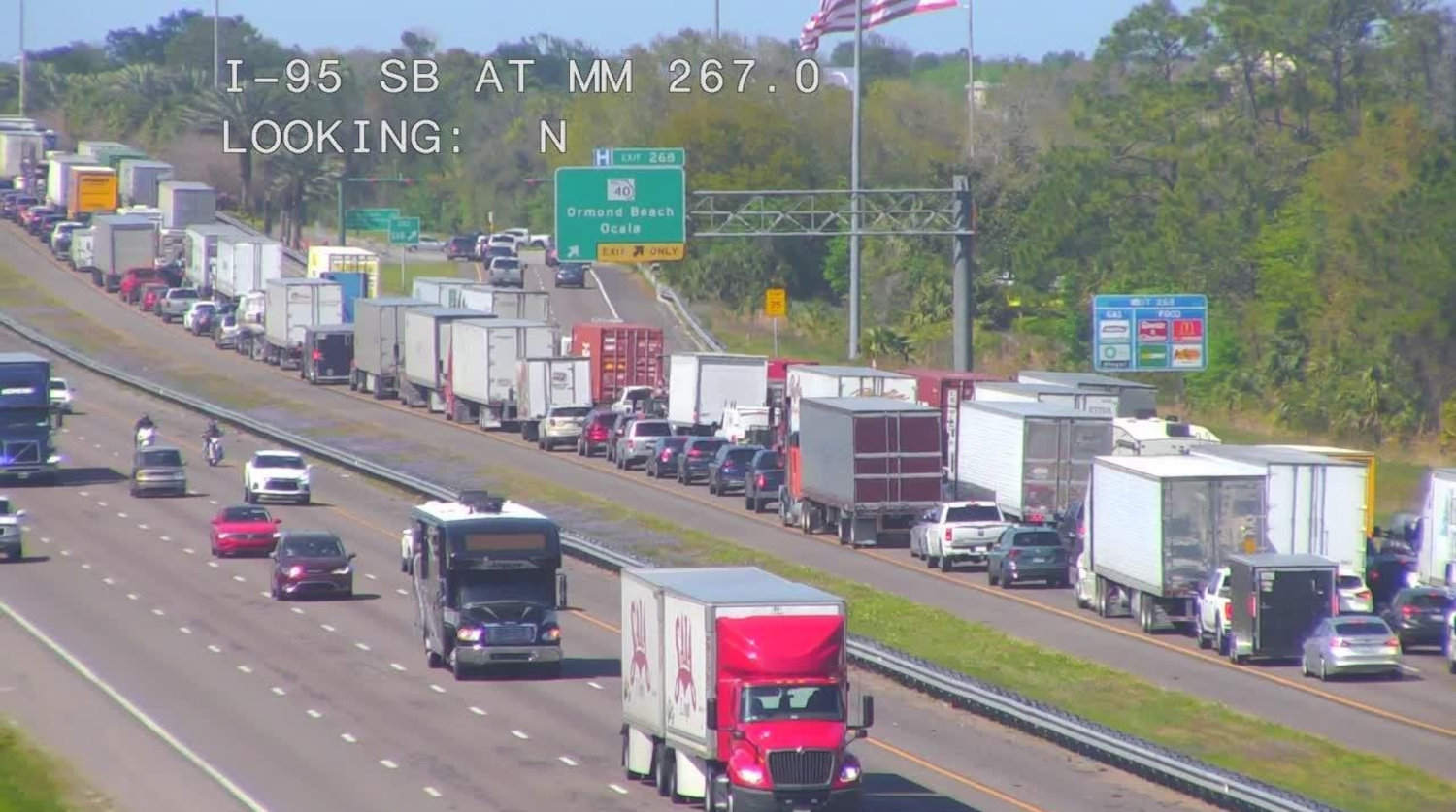 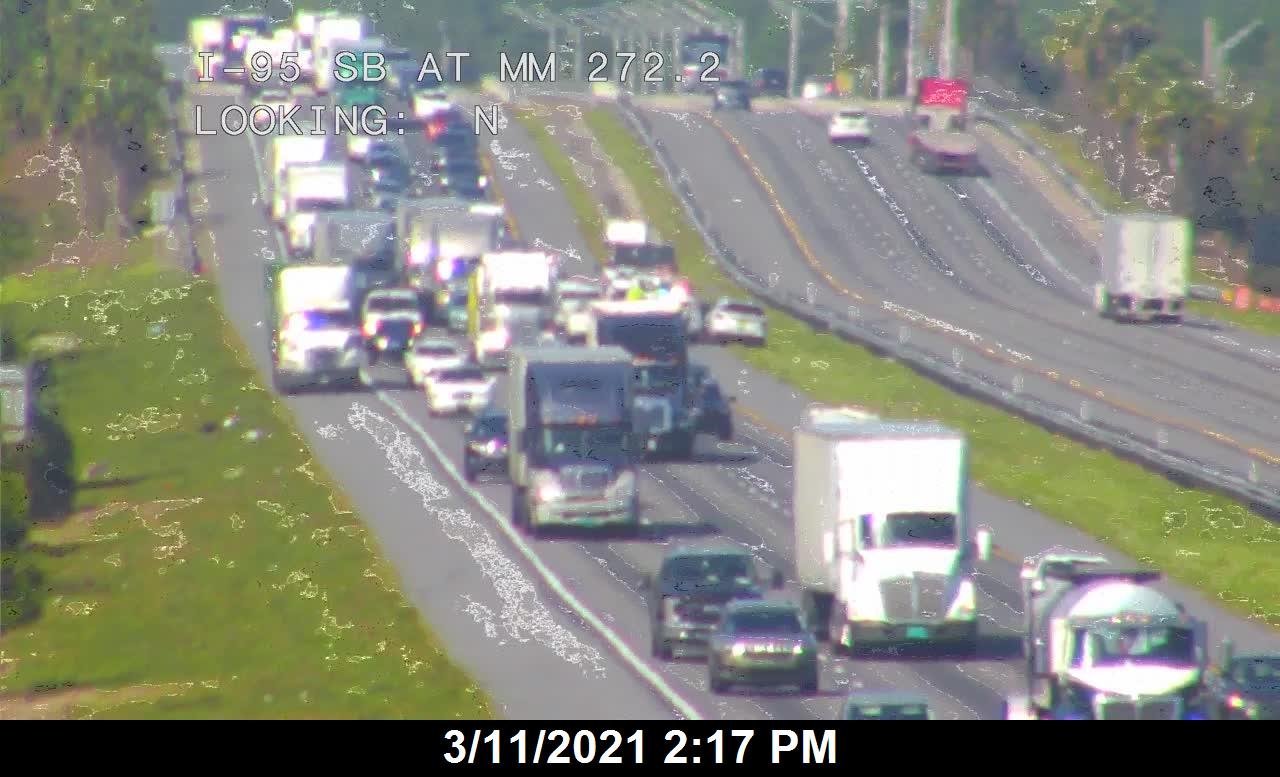 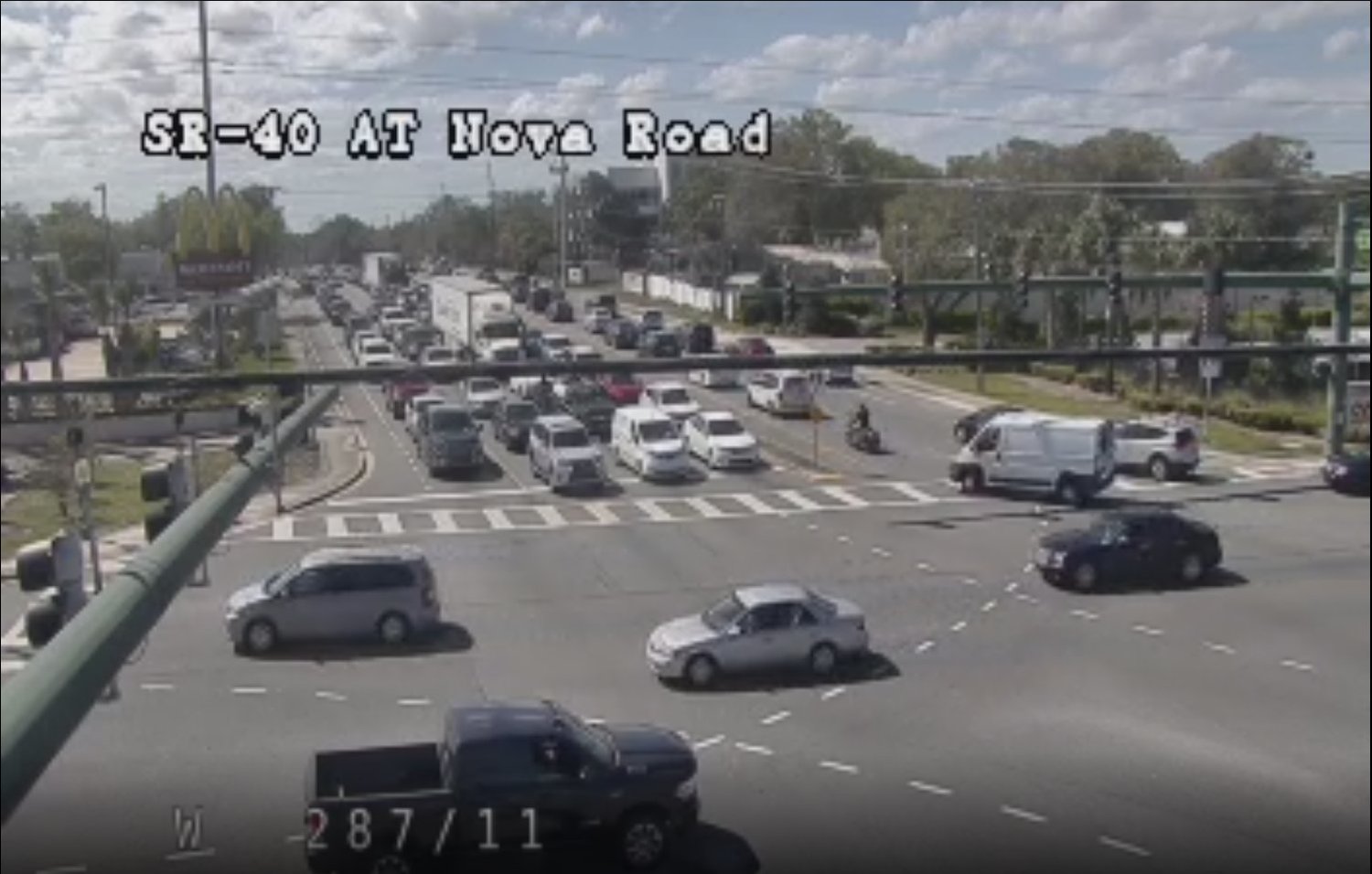 Traffic on Granada Blvd at Nova Road in Ormond. Traffic can be seen building on both sides of the roadway.
Florida Department of Transportation
Previous Next
Posted Friday, March 12, 2021 6:43 am
Sean Mooney

Ormond Beach, FL - The City of Ormond Beach was plagued with traffic problems after two major crashes caused widespread slowdowns and delays throughout a majority of the day, leaving some stranded for hours. How did it get so bad?

The first crash occurred just before 11:00 Thursday morning (March 11th), after a 59-year-old man from Signal Hill, California lost control of his motorcycle and left the roadway about a mile north of Exit 268 for Granada Boulevard, according to a report from Florida Highway Patrol (FHP). The biker was transported to the hospital, where he was later pronounced dead.

As troopers worked the crash scene, traffic began to build around Granada Boulevard on northbound I-95, essentially blocking the on and off-ramps.

Later that same day, another crash occurred on the southbound side of I-95 at Exit 273 for US-1, another major arterial road for the city. By 2:00 that same afternoon, traffic on the southbound side began to stretch from US-1 towards the Flagler County line as northbound traffic stretched past ISB and towards Beville Road from Granada Blvd, a distance of over seven miles.

On top of having two major exits blocked, conditions were made worse due to an increase of traffic with Bike Week. On US-1—which commonly suffers from afternoon delays in Ormond Beach during Bike Week because of the influx of traffic—delays could be seen stretching from the I-95 overpass, all the way back towards Granada Blvd.

Meanwhile on Granada, traffic could be seen stretching from the bridge, all the way out towards the overpass past Williamson Blvd. With these delays building, Williamson—which is also home to AdventHealth Daytona Beach—began to slow down too with congestion starting at LPGA.

The beachside was also not spared of any delays. Just after 3:00, delays on A1A near Granada began to pop up as traffic began to slow westbound towards the bridge. Around the same time, conditions began to improve on the northbound side of I-95, until a third crash at Exit 268 for LPGA popped up, causing another delay on the interstate. Thankfully, that crash wasn't around for long.

At its peak, heavy delays were reported on both sides of Granada, US-1, Williamson, and parts of Clyde Morris, all major roads for the city.

By 4:45, I-95 was mostly back to normal and conditions began to improve throughout the city, alleviating some of the headaches a lot of drivers were dealing with. But, most were still late—some by hours—to their destinations. Thankfully, the rest of the day brought decent conditions as rush hour traffic and remaining congestioned diminished.

In summary, Ormond's access to I-95 was pratically cut off because of the crashes. Since less drivers could access the interstate, traffic began to spillover onto the Ormond's major arterial roadways, which essentially brought most of the city to a crawl. Daytona Beach also suffered from subsequent delays as traffic began to stretch past Ormond's city limits into its neighbor to the south.