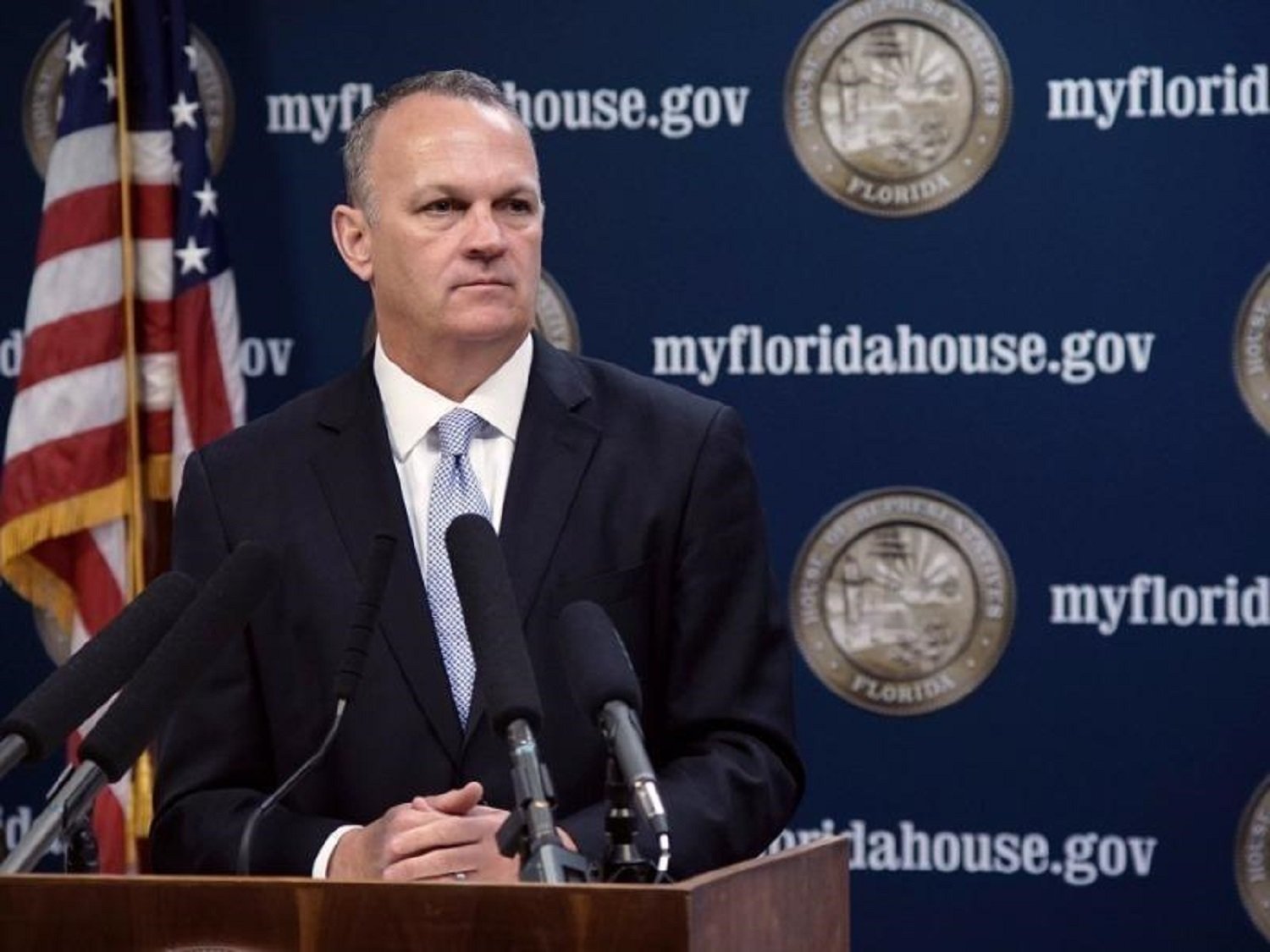 Tallahassee, FL - Education Commissioner Richard Corcoran on Wednesday criticized “union bosses” and said Florida has been a model for reopening schools amid the COVID-19 pandemic, but a member of the State Board of Education defended leaders of teachers unions and called for better data about children infected with the virus.

The exchange between Corcoran and Board of Education member Michael Olenick came as the state continues to battle the Florida Education Association teachers union in court about a reopening order and as school districts move forward with offering in-person and online classes to students.

Corcoran, a former House speaker who has long sparred with unions, ripped the litigation, which he described as “frivolous” and said was brought by “union bosses.” He also suggested union leaders did not represent the views of teachers, who wanted to be back in classrooms.

“When we opened up schools, you know what every teacher wanted to do, just like every student wanted to do? They mostly wanted to be back in the classroom, they wanted to be with their kids, they wanted to be able to interact with them and help mold, shape their minds,” Corcoran said during a State Board of Education meeting at the Florida Holocaust Museum in St. Petersburg.

But Olenick, an attorney who formerly served as general counsel of the Florida Department of Education, pushed back against Corcoran’s characterizations of the litigation and “bosses.”

“I just want to clarify, in this country, litigation isn’t instituted by bosses, and the FEA represents teachers around the state, and they did what they thought needed to be done,” Olenick said. “And I understand that we as the state board may be antagonistic in litigation with another party, but I don’t think it was the bosses. And I think they did what they thought was best for their members and teachers and support staff.”

The FEA and other plaintiffs filed a lawsuit in July challenging an order issued by Corcoran that required school districts to reopen classrooms for in-person learning or risk losing state money. The unions argue that Corcoran’s order violated the Florida Constitution’s guarantee of “safe” and “secure” public schools because of the pandemic.

Leon County Circuit Judge Charles Dodson ruled that the order was unconstitutional, but the state appealed to the 1st District Court of Appeal. The dispute remains pending, but the appeals court gave a partial victory to Corcoran and Gov. Ron DeSantis by putting Dodson’s ruling on hold.

As the legal battle played out, districts steadily opened school campuses while also offering online instruction for families worried about sending their children back to school. Corcoran and DeSantis touted such an approach, saying school buildings should be open and that parents should be able to choose how their children are educated.

That has not stopped debates throughout the state about the safety of students, teachers and staff members returning to classrooms, with some students and teachers being quarantined --- and some schools even being temporarily closed --- when COVID-19 cases are found.

But Corcoran warned about situations that provide a “false alarm” to parents about students possibly being exposed to COVID-19 by teachers who test positive. He said that can lead to 15 days of no face-to-face learning.

“The massive reopening that we have done, more than any of the other 49 states, the numbers that we’re seeing, it has been, as of today, an overwhelming success,” Corcoran said. “Not only in the safety for the students, the safety for the personnel, but in the instruction that students are getting. It’s been an overwhelming success. I think we’re a model for the rest of the nation.”

Olenick, however, questioned Corcoran about transparency in reporting COVID-19 cases involving students. While acknowledging the existence of federal and state health-privacy laws, he suggested that the Department of Education work with the Florida Department of Health in putting together a computer dashboard that would be public and provide a “realistic snapshot” of cases.

“There’s no way to measure success or failure in this without having a uniform platform,” Olenick said. “And again, … I acknowledge (privacy laws), but if the Department of Health has a pediatric dashboard every day or every week, and we get information from districts, why can’t we coordinate with the Department of Health and have a statewide dashboard like many of the states in this country?”

But Corcoran said privacy laws impose limits to protect students and that “we release and the Department of Health releases every possible stat data point that we possibly can.”

“The more data we get out there, the more informed that we make our parents, the more are coming back for face-to-face instruction, which is a great thing,” he said.