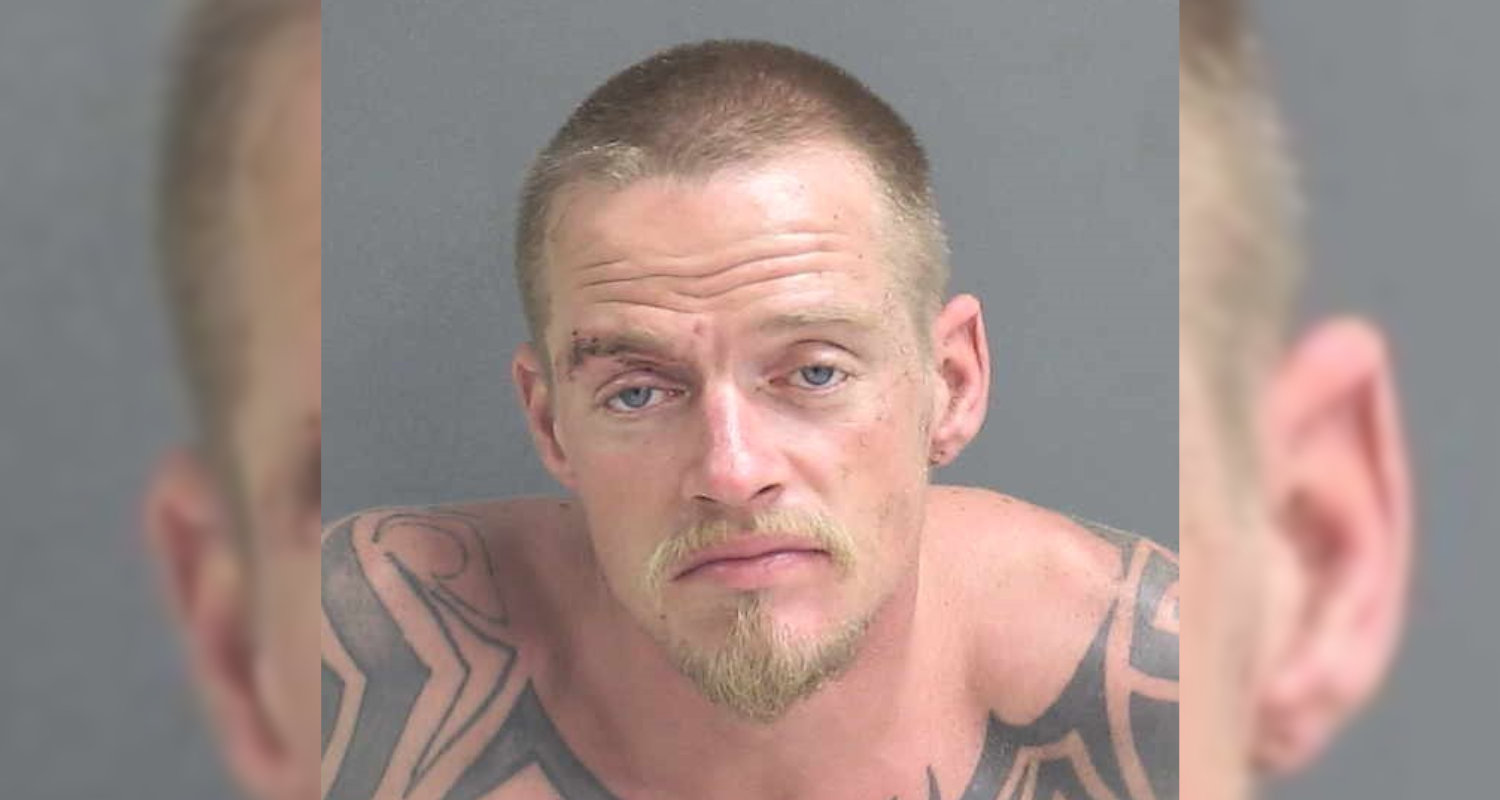 Ormond Beach, FL - An Edgewater man’s crime spree through Ormond Beach and Holly Hill came to an end, but only after he robbed an Amazon driver, tried to steal an old woman’s car, and attempted to flee from police before hitting another car.

The entire ordeal involving Alexander Witt started around 4:00 on Sunday (Jan. 2). It was around that time that an Ormond Beach man found Witt wearing his helmet and jacket while trying to steal his motorcycle.

Witt told the man that he needed the bike because it was a “matter of life and death.” Witt then walked over to another car and got inside. But before he left, he took a picture of the motorcycle’s plate.

Then about 20 minutes later, Witt reportedly robbed an Amazon delivery driver at knife point. In that incident, Witt approached the driver and asked to use his cellphone. When the driver said no, Witt opened the door and pulled out a knife. He left the area in the same car.

And the story still doesn’t end there. Another 10 minutes later, Witt pulled up to a 91-year-old woman’s house and offered her money to park his car there, promising to come back later and get it. The woman yelled at Witt to get off her property, which is when he ran into her open garage and tried to find the keys for her car. The woman ran to a neighbor’s home for help.

Another 20 minutes later, police found Witt as he tried to avoid another officer who was setting up StopSticks. After he made it into Holly Hill, Witt struck a parked car near a car wash and took off running. Officers noticed him toss his knife as he tried to flee. Witt was eventually apprehended with the help of a Volusia Sheriff’s K-9 unit.

He was treated for his injuries before he was taken to the Volusia County Branch Jail.

"I am very proud of the Officers and Deputies that helped take this man into custody," wrote Chief Godfret. "The victims in this case did the right thing and immediately called the Police to report Mr. Witt’s actions. I am even more thankful that none of our Officers or citizens were injured during this incident, which had all of the right ingredients for an awful outcome."

There was another case in Holly Hill that involved Witt on the same day. News Daytona Beach has reached out to the Holly Hill Police Department for that report. We are still waiting on a response.