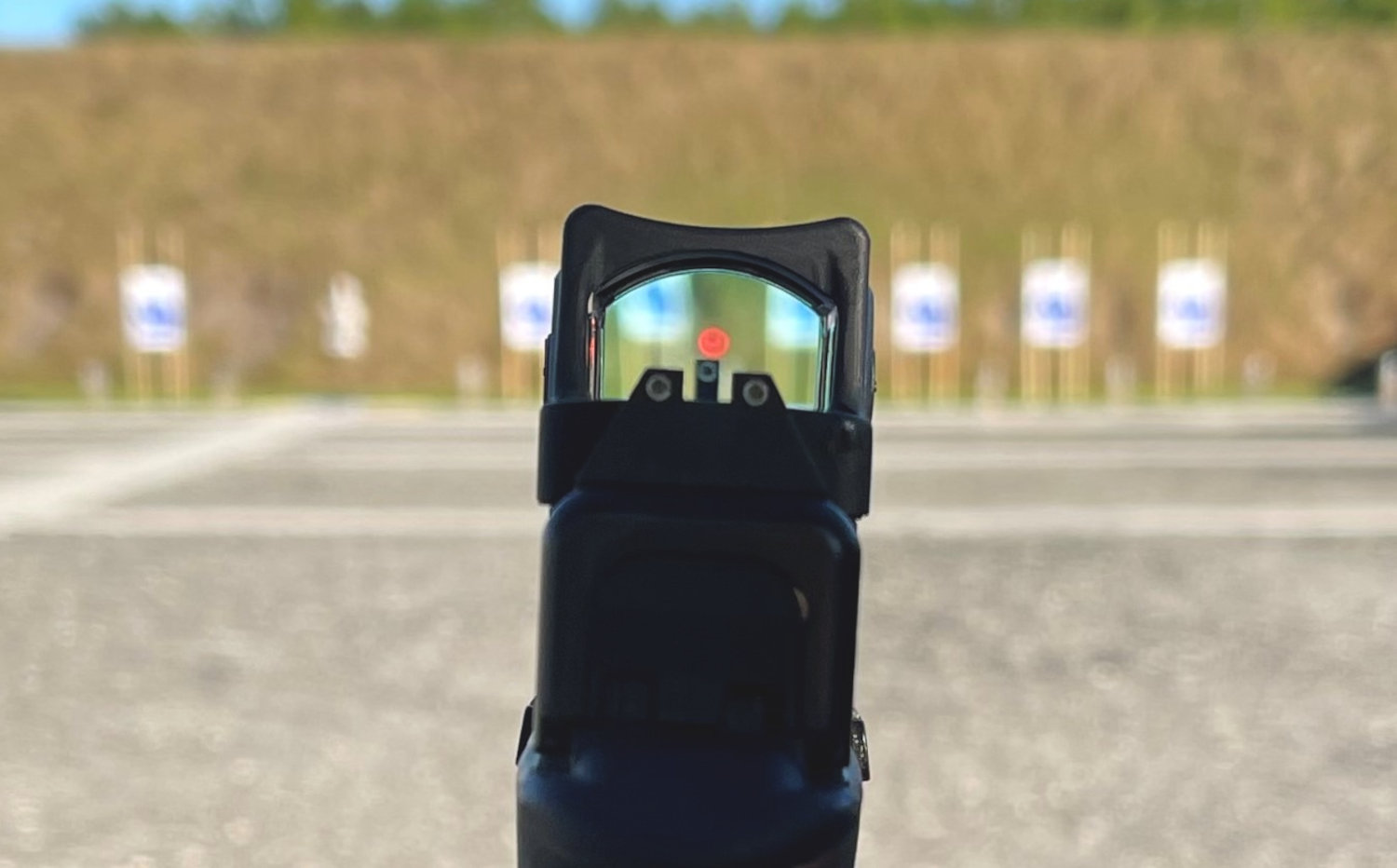 The new modular optic system by Trijicon was added to the department’s arsenal of handguns—Glock 45s to be specific—over the past week. So far, nearly all 35 officers in the Department of Public Safety have received training on their new red dot optical sights and completed qualification. The department’s rifles have had optical sights for some time.

“Our goal is to increase the accuracy of our officers,” said Daytona Beach Shores Capt. Michael Fowler. “With handgun-mounted optics, officers can keep both eyes open when aiming their weapon, which increases situational awareness and allows officers to better focus on the assailant. You are literally putting a dot on the target.”

The department says upgrading to optical sights has been cost prohibitive for most law enforcement agencies, with most agencies restricting their use to just rifles. But Detective Daniel Carrazana with the DBSDPS says there is a new trend in law enforcement to add optical sights to handguns as another way to improve safety during officer-involved shootings.

Carranzana added the department conducts firearms training twice a year, and officers are trained to use both types of sights.

In total, it will cost the department $21,000 to implement the sights. However, a majority of that price—$14,413 to be exact—was provided to the department by the Daytona Beach Shores Community Foundation, a private foundation led by former Mayor Harry Jennings.

“You never know when an emergency situation will occur, and our goal is to be as well-prepared and trained as we can be,” said Public Safety Director Stephan Dembinsky. “We appreciate the support of the Daytona Beach Shores Community Foundation that allowed us to upgrade to this technology. We believe it will help us better protect the public while keeping our officers safe.”

These new sights will attach to the top of the slide of the handgun that have a lens that uses a red LED light—not a laser—to locate the target. The handgun’s existing iron sights will remain on the handgun, in case there are any breakages, or the battery dies.