DBPD Asking For Donations For Officer Injured During Fatal Shootout 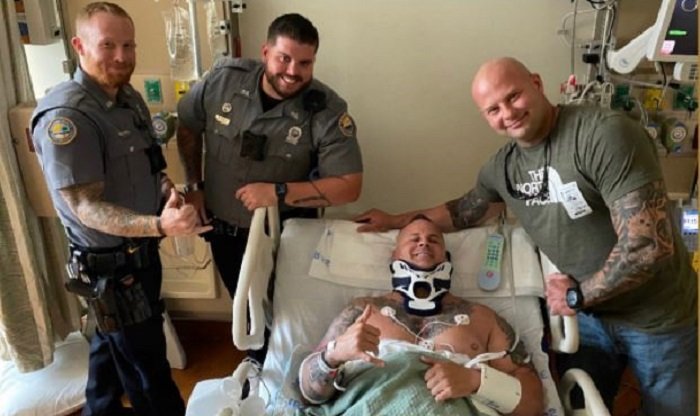 Daytona Beach, FL - The Daytona Beach Police Department is asking for donations for one of their own after the officer broke his neck during a fatal shooting on August 29.

During the fatal shooting of attempted murder suspect forty-four-year-old Michael Harris, one officer was shot in the chest but the ballistic vest he was wearing stopped the bullet.

Another officer, Shane Jackson, lost his footing running toward the residence, hitting his head on a parked car and breaking his neck. He’s recuperating at home and is expected to be back at work in two to three months.

You can make a donation through fundthefirst.com or visit the DBPD Facebook page for more information.