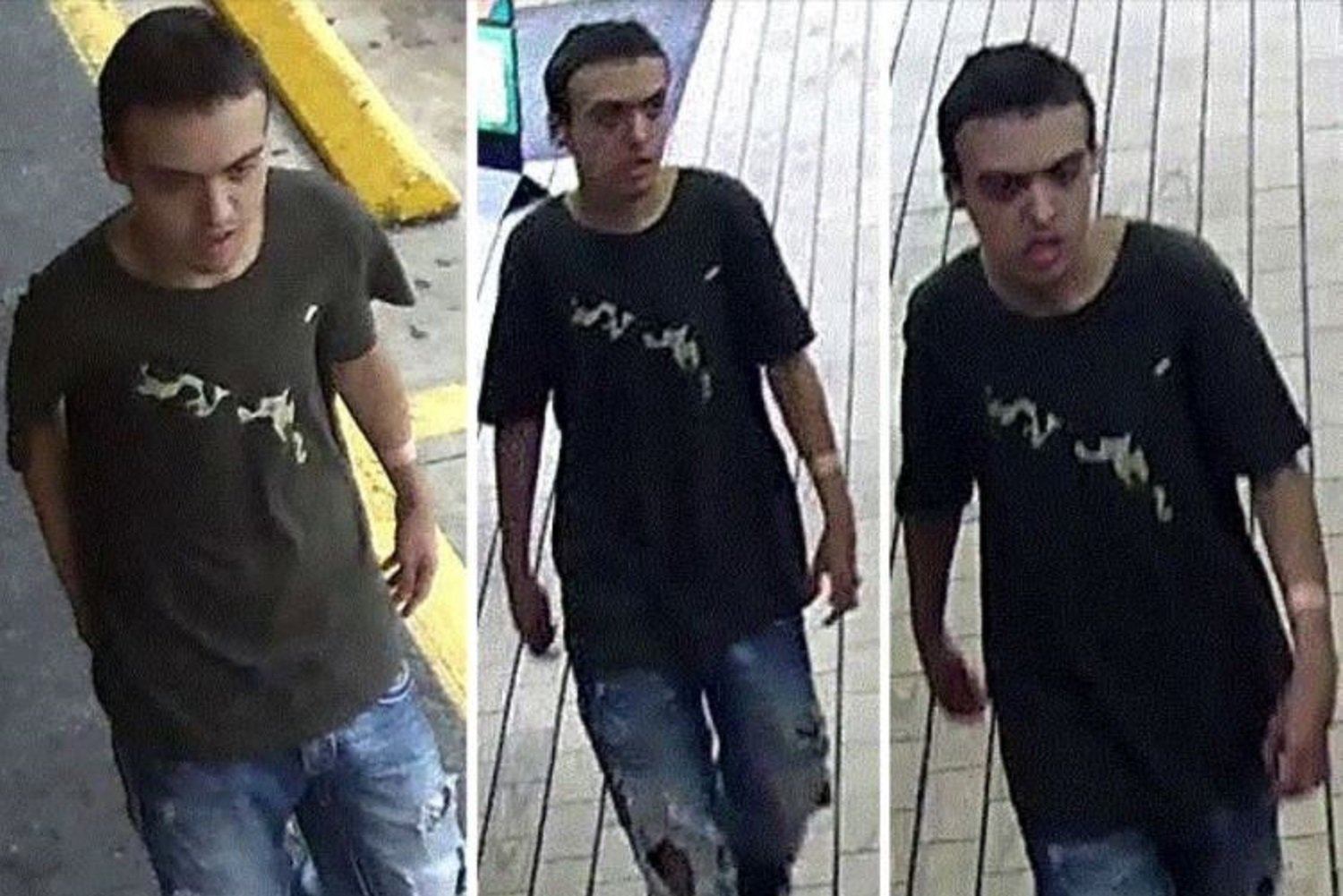 UPDATE: July 22 - Daytona Beach Police (DBPD) say that the search for this man is over, after detectives identified him and made contact. Public Information Officer Messod Bendayan said in a press release, "Due to circumstances surrounding this man's health and interviews with people connected to him, no arrest has been made at this time. We do not believe that he poses a threat to the community at this time, but we will continue to monitor the situation to make sure that remains the case and, should that change, we will take appropriate action." He said, "We do not plan to identify the suspect or release any more documentation at this time."

A charging affidavit for battery has been prepared and sent to the State Attorney's Office for their review.

Daytona Beach, FL - The Daytona Beach Police Department (DBPD) is looking for a man described as "in his 30's or 40's, stands around 5'8 and weighs around 160 pounds. He has brown hair and a light complexion. He was wearing a black shirt with denim jeans and black & white shoes."

DBPD says the man may be involved in an attempted abduction on Monday (July 19) around 1:45 p.m. The victim says the attack happened on South Hollywood Avenue near East International Speedway Boulevard.

The victim says she noticed the unidentified man appeared to be paying attention to her and watching her every move. She said she felt uncomfortable because of his stare.

The victim said she left the store and walked toward the intersection of South Hollywood Avenue and International Speedway Boulevard. She said she was aware that the man was following her. He crossed the street so that he ended up in her proximity and she asked him to walk in a different direction away from her. He kept walking near her then suddenly grabbed her with both of his arms. He picked her up off her feet and began dragging her on the sidewalk. The victim punched at the suspect's face and screamed loudly. During the struggle, the slushy she had spilled all over the man's shirt. He immediately let her go and began apologizing profusely, saying, "I'm sorry. I'm sorry. I didn't mean to hurt you." He then fled the scene.

Officers say the victim advised that there was no question in her mind that the suspect was attempting to abduct her. She also said he didn't hit her or try to steal anything.