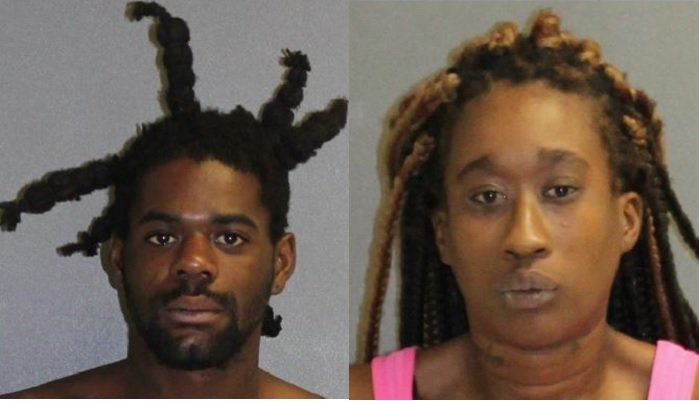 UPDATE: February 11 - Terrell Jones is now in the Volusia County Jail. He was arrested last night (February 10) around 11:30 p.m. He's being held on no bond on charges of attempted second-degree murder and possession of a firearm by a convicted felon.

Officers responded to the Mt. Carmel Apartments on N. Lincoln St. just before 10 p.m. They went to Gaddy's apartment.  When they knocked, the door swung open. They entered the apartment to check on the well-being of anyone inside. They found 27-year-old Geneiva Reeves and three young children. Officers determined that Gaddy had been shot in the apartment.

Further investigation, showed that Reeves had helped Jones try to clean up the crime scene with the use of bleach and also tried to dispose of evidence by throwing it into a communal garbage dumpster at the Mt. Carmel Apartments. Reeves is charged with being an accessory after the fact and is being held on no bond.

Gaddy was discovered by investigators nearly 12 hours after the shooting inside a Winnebago parked in the backyard of a home on Jefferson Street. He was found with a gunshot wound on his forehead and was taken to the hospital. He's listed in critical condition.

DBPD has an arrest warrant for Jones, charging him with attempted second-degree murder and possession of a firearm by a convicted felon. Jones is a black male, about 6'1 and 195 pounds. He is considered armed and dangerous.

Anyone who knows where Jones is asked to please contact Detective David Dinardi immediately at (386) 671-5219 or DinardiDavid@dbpd.us
regarding Case 200002441.