Deceased Orca Whale Washes Up in Palm Coast; No Cause Yet Known 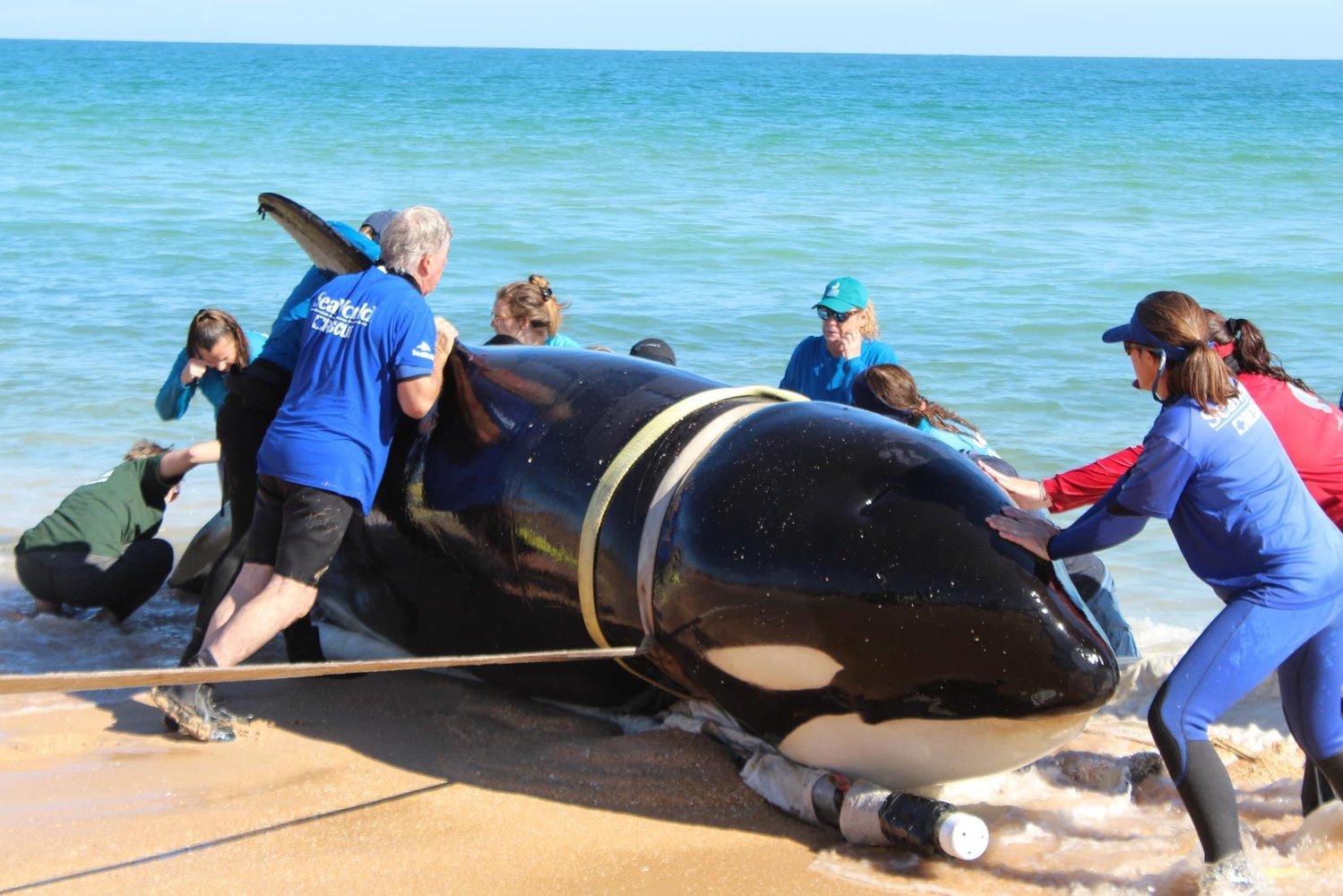 PALM COAST, Fla. - In perhaps one of the most bizarre nature stories in Palm Coast’s history, an orca whale washed up on the beach on Wednesday. The whale appeared near Jungle Hut Road.

It’s believed the whale beached itself while still alive, and then passed away some time later. Florida Fish & Wildlife officials arrived to assist in moving the massive body, and marine biologists with SeaWorld also joined the response. Jungle Hut Road was shut down after large crowds of people gathered to catch a glimpse of the bizarre occurrence.

It’s been an unusually busy news week for Flagler whale enthusiasts; a mother and calf right whale pair were spotted on Monday off the coast of Flagler Beach. Fortunately, that pair seemed to be in good enough health.

The reason for the whale to beach itself is currently unknown, but such occurrences usually coincide with health issues. It’s also possible the orca was tracking migrating right whales, as orcas are often known to prey on large baleen whales. So far, no members of the response team have offered clarification 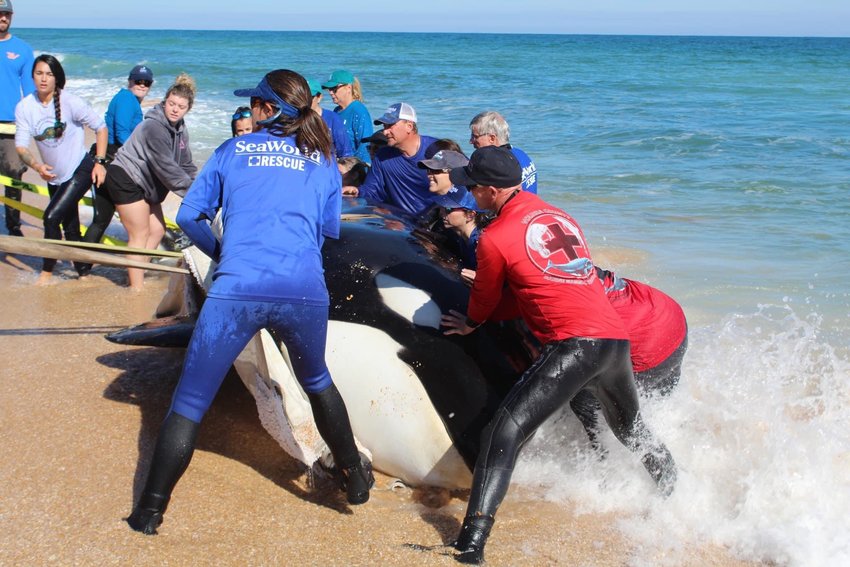