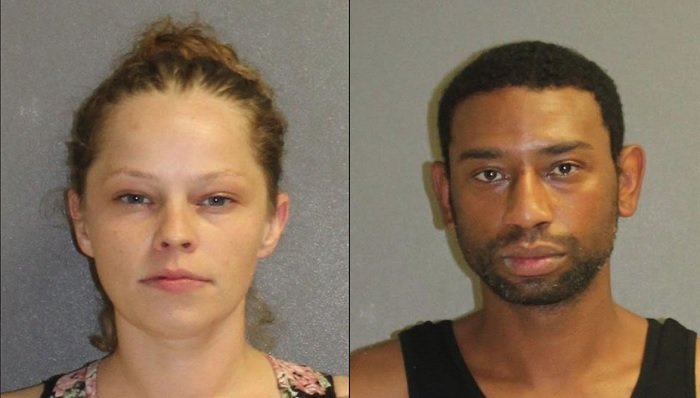 Deltona, FL - A Deltona couple, 30-year-old Jaide Caporale and 36-year-old Marvin Bryant are charged with first-degree murder in the death of 30-year-old Jo’el Cosby, Caporale’s on-and-off boyfriend. The pair were arrested Friday (December 4) Cosby's body was found, a victim of a stabbing, in Geneva, east of Sanford in Seminole County on August 13, 2020.

The Seminole County Sheriff’s Office contacted the Volusia Sheriff's Office after Cosby’s mother explained she last saw her son a few days earlier with Caporale, who he had been dating off and on for several years.

When detectives contacted Caporale and Bryant to discuss the incident they were evasive and less than forthcoming  but through the use of technology and the interviewing of witnesses, they pieced together that the pair  had  killed Cosby at their house at 1419 Farmington Ave.

"The investigation revealed Caporale picked up Cosby in Sanford and drove him to the house in Deltona, where she and Bryant killed him. Caporale and Bryant then drove to the area in Geneva where Cosby’s body was later discovered.   A witness in Geneva told detectives they observed Bryant’s vehicle in the area, but then it made a U-turn and left after being spotted.  Detectives later verified both Caporale and Bryant’s movements throughout the night via technological means."

Further investigation found that Caporale and Bryant tried to clean up evidence of the murder. They drove to a local store where they purchased cleaning items that could possibly be used to cover up their crime.  At the home where Cosby died, detectives made an observation of a possible clean up. Cosby's DNA was also found in the car used by Caporale and Bryant.

A close associate of Caporale’s told detectives before Cosby was found, that Caporale gave them details of the murder.  Caporale also told that person that she was surprised that Cosby’s body hadn’t been found yet.

After a four-month joint investigation between the VSO and SCSO, a judge signed warrants for the arrest of Caporale and Bryant for first-degree murder on Friday.  They are being held without bond at the Volusia County Jail.