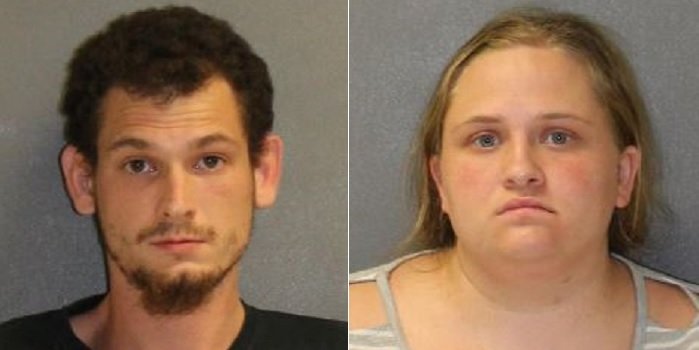 Deltona, FL - A Deltona couple are being held without bond after family members reported them for using duct tape to restrain a one-year-old girl.  Volusia Sheriff's investigators say Daniel and Barbara Smith, both age 27, both face charges of Aggravated Child Abuse, False Imprisonment of a Child, and Child Neglect without Great Harm. Daniel also has a charge of Battery.

VSO deputies responded to the family home on North Parkton Drive in Deltona at around 11 p.m. last night (September 13) in reference to alleged child abuse.  Daniel and Barbara live in the home with Barbara's parents, her brother, and Daniel's one-year-old child.

The father, Neil McCormick, immediately went to the room where the child was restrained and took pictures of her with her hands and feet duct-taped. McCormick had the child removed from the room then stood in the doorway so that Daniel and Barbara could not pass. He told them that law enforcement was on the way.

The one-year-old had redness on her wrists and ankles fro the duct-tape but otherwise was not harmed.