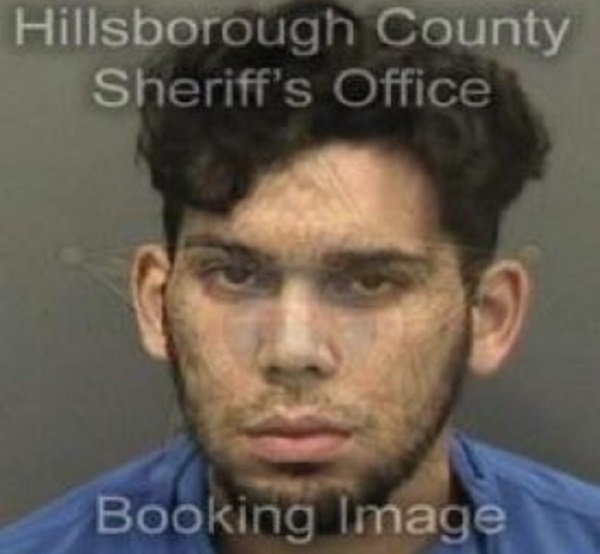 Mercado is currently in the Hillsborough County Jail on a charge of grand theft auto after he was caught driving an industrial-sized construction truck  there on Tuesday (May 12) night.

The victim was found by his father at a Deltona home located on Woffington Avenue on Thursday afternoon. Patterson was found in his bed, unresponsive, and in an advancing stage of decomposition.  There was visible trauma to Patterson’s head and blood spatter on the walls. There was also a note written on one of the bedroom walls.

The investigation showed that in the early hours of Tuesday morning,  Lake Mary police officers discovered Patterson’s vehicle crashed and abandoned on Interstate 4 in Seminole County. That same morning, Volusia County deputies made an attempt to contact Patterson at his home and received no answer.

Detectives soon learned that Mercado had been living in the home with Patterson. They also learned that Mercado contacted a female friend on Tuesday, saying that Patterson had kicked him out of his car on the way back to Deltona. The friend declined to help Mercado but he showed up at her home a short time later driving the construction truck. The friend said he told her thathe needed help getting rid of the truck because he had stolen it that morning. She again refused to help him. Investigators say the woman's mother confirmed the story.

Looking up the construction truck, detectives learned it had been stolen from a business in Sanford about 5 a.m. on Tuesday. Mercado was arrested about 9:30 that night, still driving the truck.

Volusia detectives went to Hillsborouogh County to interview Mercado, who  confessed to killing Patterson, who had just recently broken up with him. He told them he attacked Patterson in the early morning hours on Tuesday and began as Patterson slept. Mercado also admitted to writing the note found on Patterson’s bedroom wall in an effort to cover up his actions.

In addition to killing Patterson with a blunt object, trying to conceal his crime, and then stealing and crashing Patterson’s vehicle, Mercado also admitted to detectives that he stole the  work truck and fled to Tampa.

Mercado is beingheld without bond at the Hillsborough County Jail, awaiting extradition to Volusia County on a charge of second-degree murder.