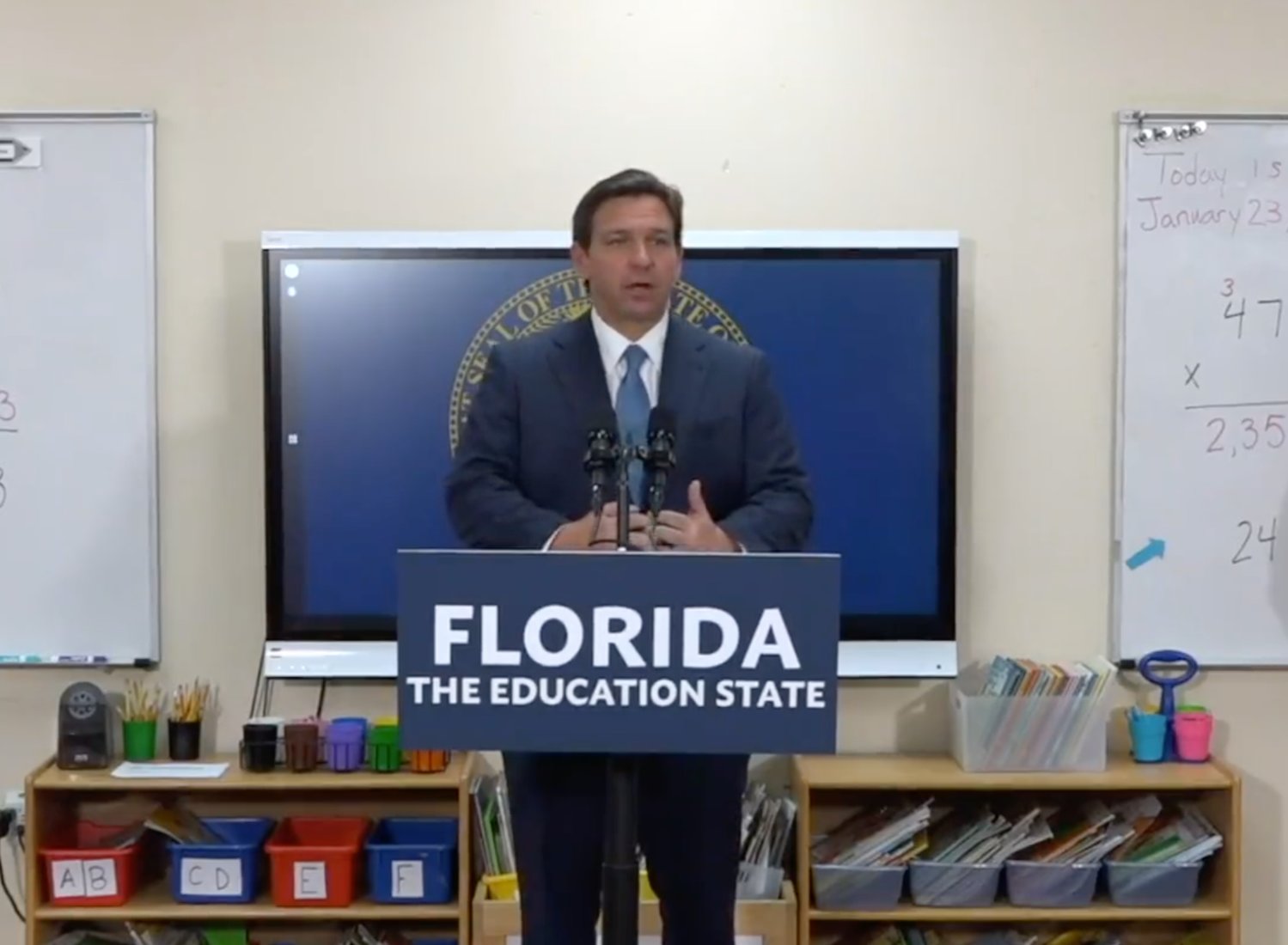 TALLAHASSEE - Governor Ron DeSantis has expanded upon his reasoning for rejecting a high school course on African American Studies. According to the Governor, an examination of the advanced placement course designed by the nonprofit College Board revealed content pertaining to 'queer theory' and ideology that supported the abolition of prisons.

Therefore, DeSantis says, it's necessary to reject the course on the grounds that it promotes a political ideology to students. "That’s the wrong side of the line for Florida standards," he said in a statement. "We believe in teaching kids facts and how to think, but we don’t believe they should have an agenda imposed on them when you try to use Black history to shoehorn in queer theory, you are clearly trying to use that for political purposes." The manner in which the course allegedly integrated 'queer theory' is currently unclear.

The exact content of the course isn't publicly available. As of now, the AP African American Studies course hasn't been implemented in public schools; the College Board is still rolling it out in a test phase. It will be made available to high school students in 60 schools across America in the 2022-23 school year.

an intellectual movement and a framework of legal analysis according to which (1) race is a culturally invented category used to oppress people of colour and (2) the law and legal institutions in the United States are inherently racist insofar as they function to create and maintain social, political, and economic inequalities between white and nonwhite people.

One of the course's designers, Connecticut history teacher Lisa Hill, takes exception to accusations that it seeks to indoctrinate. "We don’t have a political agenda," she said in a statement to CNN. "It is not a course of indoctrination. My philosophy of education is you learn and discuss and debate so you get a better understanding of what’s presented to you."

Some elements of the course reportedly contained writings from sources who have been legally barred in Florida's public school curriculum - DeSantis's 'Stop W.O.K.E. Act' sought to ban content in schools and the workforce that made audiences feel discomfort or guilt from historical injustices involving race, sex, or nationality.

Many political opponents of DeSantis have accused the Governor of promoting racism by striking down the course. DeSantis resisted this characterization by maintaining that Black history is legally required material in Florida's public schools. This particular course, he contested, didn't adequately fulfill that task.

The specific legal requirement thereof is as follows:

Meanwhile the College Board has stated as of Tuesday that it plans to revisit its course material to better fit the state government's criteria. The Florida Department of Education responded with encouragement, and reiterated its stance against 'Critical Race Theory, Black Queer Studies, Intersectionality, and other topics that violate our laws'.