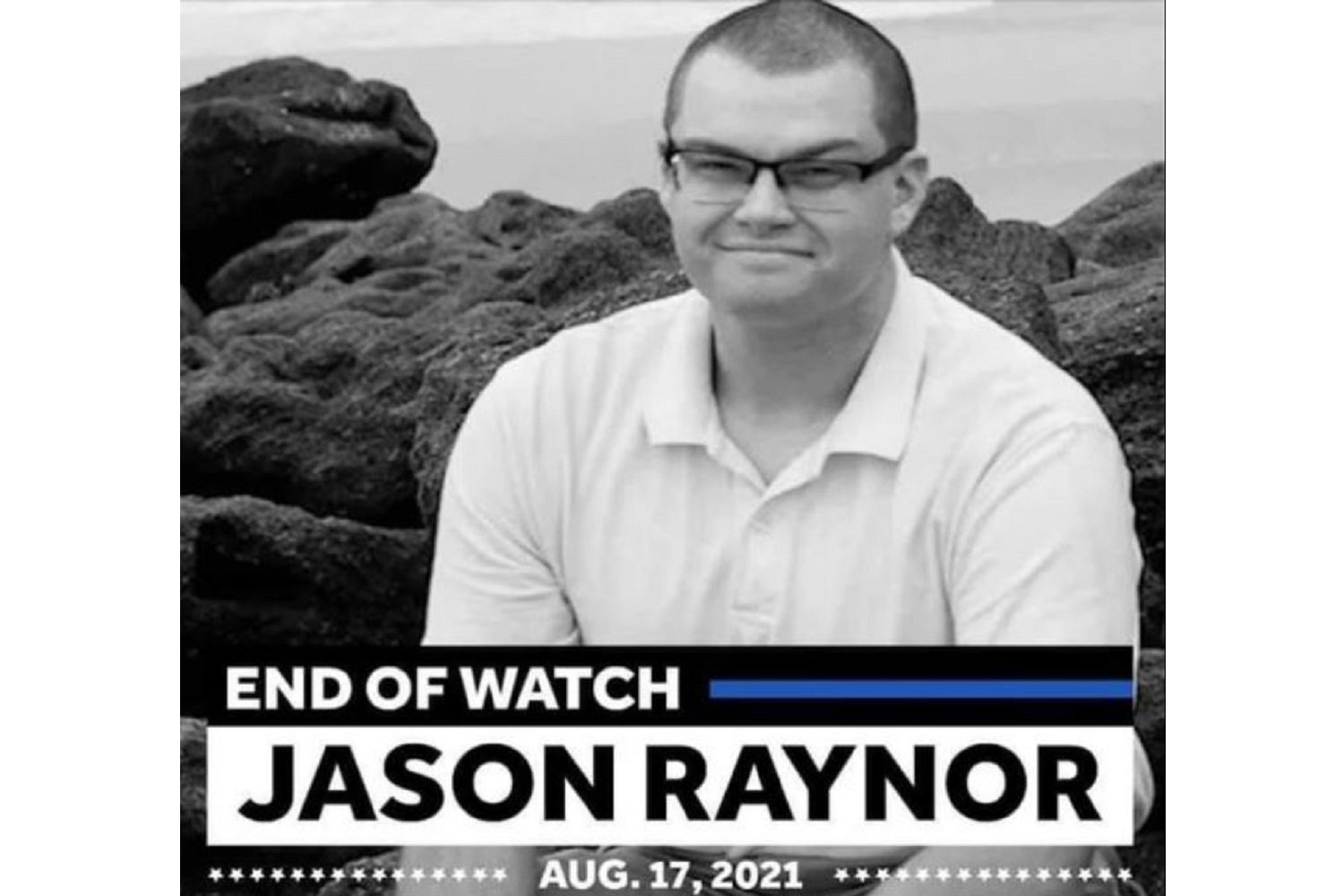 “Our decision was based on Jason’s determination to enter into law enforcement academy training and other educational goals he accomplished in order to realize his dream of being a police officer without family assistance,” stated Todd Raynor, Jason’s father. “Jason often worked two or three jobs at a time while also completing his studies. We felt it was appropriate to assist future Daytona Beach police officers in a similar situation so that they can focus on their career instead of having to worry about how to pay for it all.”

“This generous gift ensures that this hero and his story will never be forgotten,” says Daytona Beach Police Chief Jakari Young. “We hope this will inspire future generations to wear our badge with pride and serve our community as bravely as Jason did.”

Officer Raynor was shot in the head on June 23, 2021. The suspect, Othal Wallace was arrested a few days later in Georgia. After 55 days in the hospital, Raynor died as a result of his injuries at the age of 26.

Manhunt For Suspect Who Shot cop Ends In Treehouse

Today is an extremely difficult day for the Daytona Beach Police Department and the City of Daytona Beach. It is with an extremely heavy heart that I inform everyone that our beloved brother, Officer Jason Raynor, has passed away with his immediate family by his side.

The outpouring of love and support that all of you have shown to our police department and to Officer Raynor's family since he was severely injured has been nothing short of amazing. In His infinite wisdom, God decided that it was time for this courageous young man to guard the gates of Heaven, even though that wasn't the outcome that we all hoped for.

Now more than ever, we ask for all of you to embrace the Raynor family and the Daytona Beach Police Department in your hearts during this devastating time and pray that God will give us all the strength to persevere through this senseless tragedy.

Jason's sacrifice will NEVER be forgotten....

The scholarship will only be used for those who wish to become sworn members of DBPD and graduate from an accredited law enforcement academy. Certain requirements must be met before that money is distributed.

Those who want to apply for the Officer Jason Raynor Scholarship Fund can contact our Recruiting Office at Recruiting@DBPD.us or (386) 671-5407.