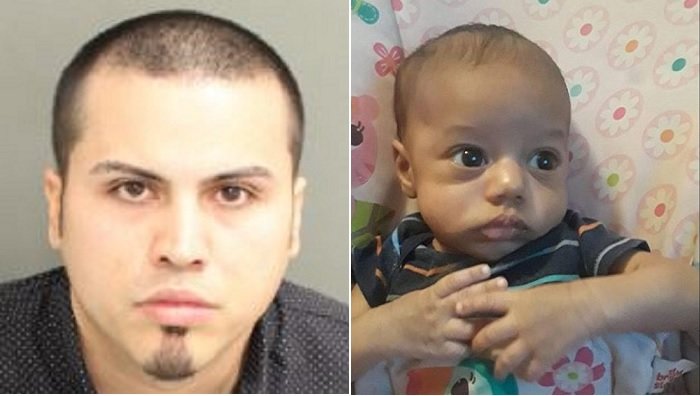 Deltona, FL - A father is charged with First Degree Murder and Aggravated Child Abuse in the death of his less than three-month-old child. The Volusia Sheriff's Office says 30-year-old Emmanuelle Vazquez was indicted by a Volusia County grand jury yesterday (March 4) and arrested in Orange County a short time later by members of a United States Marshal's Service fugitive task force and the Orange County fugitive unit. He is being held without bond.

The victim, Julius Vazquez was just a week short of turning three months old when deputies were dispatched to a home for a baby not breathing on Graylon Street in Deltona around 4 p.m. on November 14, 2018.  A detective working another case in the area got to the home within three minutes. He was already conducting CPR when paramedics arrived. Baby Julius was taken to Halifax Hospital in Deltona where medical personnel was able to get a pulse. He was then airlifted to Halifax Health Medical Center but died the next day, November 15.

An autopsy revealed severe internal injuries to the head and upper torso, and J.J.’s death was ruled a homicide via blunt force. Vazquez initially denied any knowledge about what happened to Julius but eventually told officers that he accidentally dropped the baby headfirst onto the ground in the back yard.   A longer conversation revealed evidence that Julius' injuries were caused by more than an accidental fall.

The Volusia Sheriff's Office detective on the U.S. Marshal's Task Force who arrested Vazquez yesterday is the same person that gave the baby CPR in November 2018.