Man With Grand Theft Warrant Was Stealing A Car 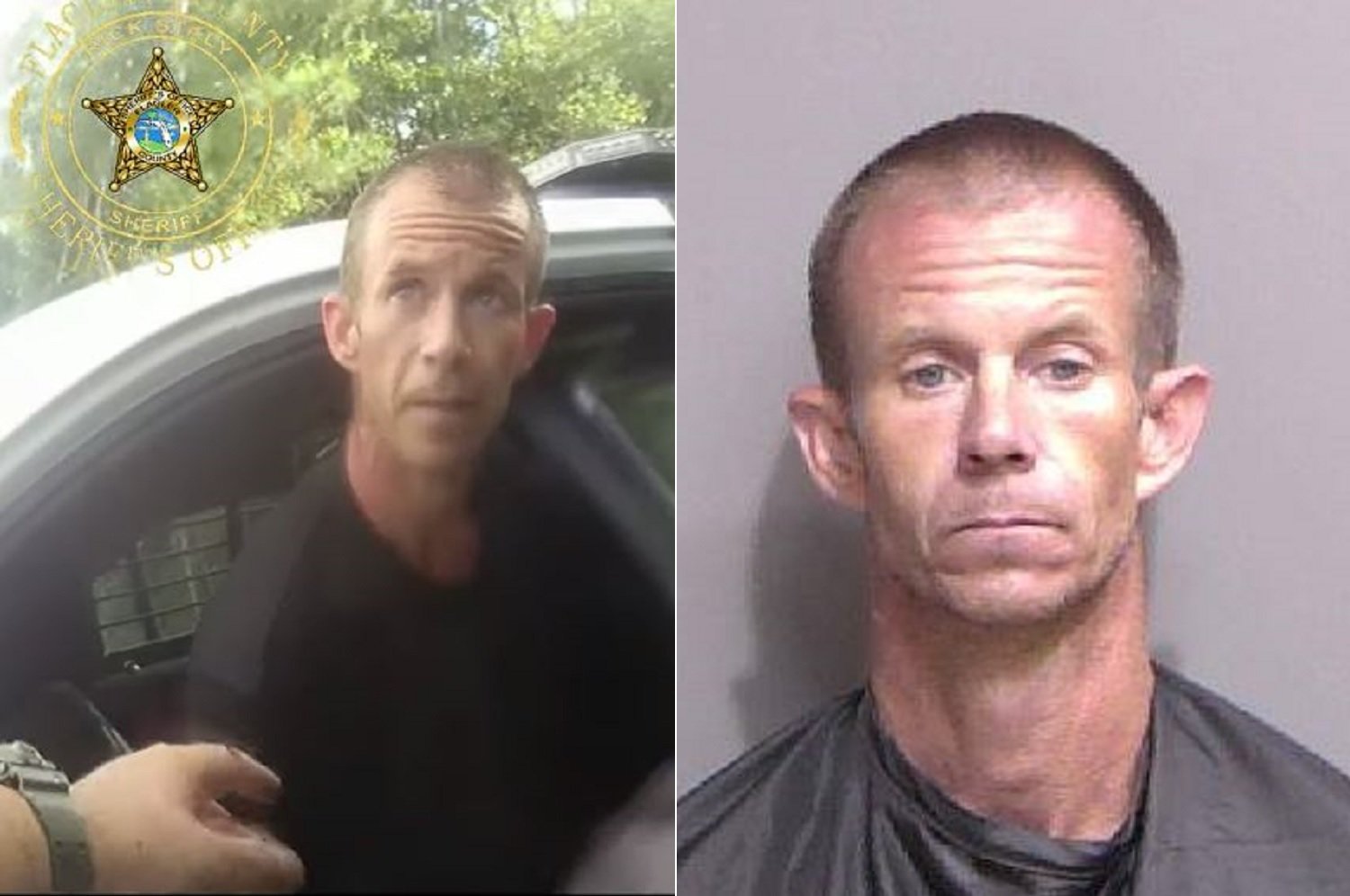 Bunnell, FL - A fugitive already wanted for Grand Theft Auto was arrested on Saturday (August 7) evening while stealing another vehicle. Flagler County Sheriff's Office (FCSO) deputies responded to a report for a  stolen vehicle out of Orange County in the area of State Road 100 West and Water Oak Road in Bunnell. After about an hour-and-a-half chase on mostly dirt roads, 42-year-old Duane Simpers was brought to a halt and arrested.

A new Grand Theft Auto charge was just the beginning for Simpers. After the stolen Chevy Tahoe was derailed by stop sticks into a drainage ditch on Cranberry Ave at CORD 305. The suspect got out and ran into the woods. He surrendered when an FCSO K-9 was deployed. Simpers told deputies he surrendered because he “didn’t want to get in trouble but didn’t want to get bit by a dog,”

Deputies found two bags of narcotics totaling 18 grams of methamphetamine and ecstasy on Simper. During a search of the vehicle, multiple clear plastic bags were located on the driver’s floorboard and a bag containing 7.6 grams of a rock-like substance believed to be methamphetamine. In addition, a pocket-size scale and additional plastic bags were seized. It was determined the female passenger had tried to get Simpers to stop the stolen car multiple times and let her out and he refused. She was not charged.

“Another fugitive tries to come with his illegal drugs to Flagler County and is unsuccessful,” said Sheriff Rick Staly. “This guy was wanted in Putnam County for Grand Theft Auto, thinks he can hide here, and then puts multiple lives in jeopardy trying to flee from our deputies. I’m thankful that our deputies arrested him, recovered the stolen vehicle, and that no one was hurt from his reckless behavior. This car thief and poison peddler came to the wrong county and I hope he enjoys his stay at the Green Roof Inn.”