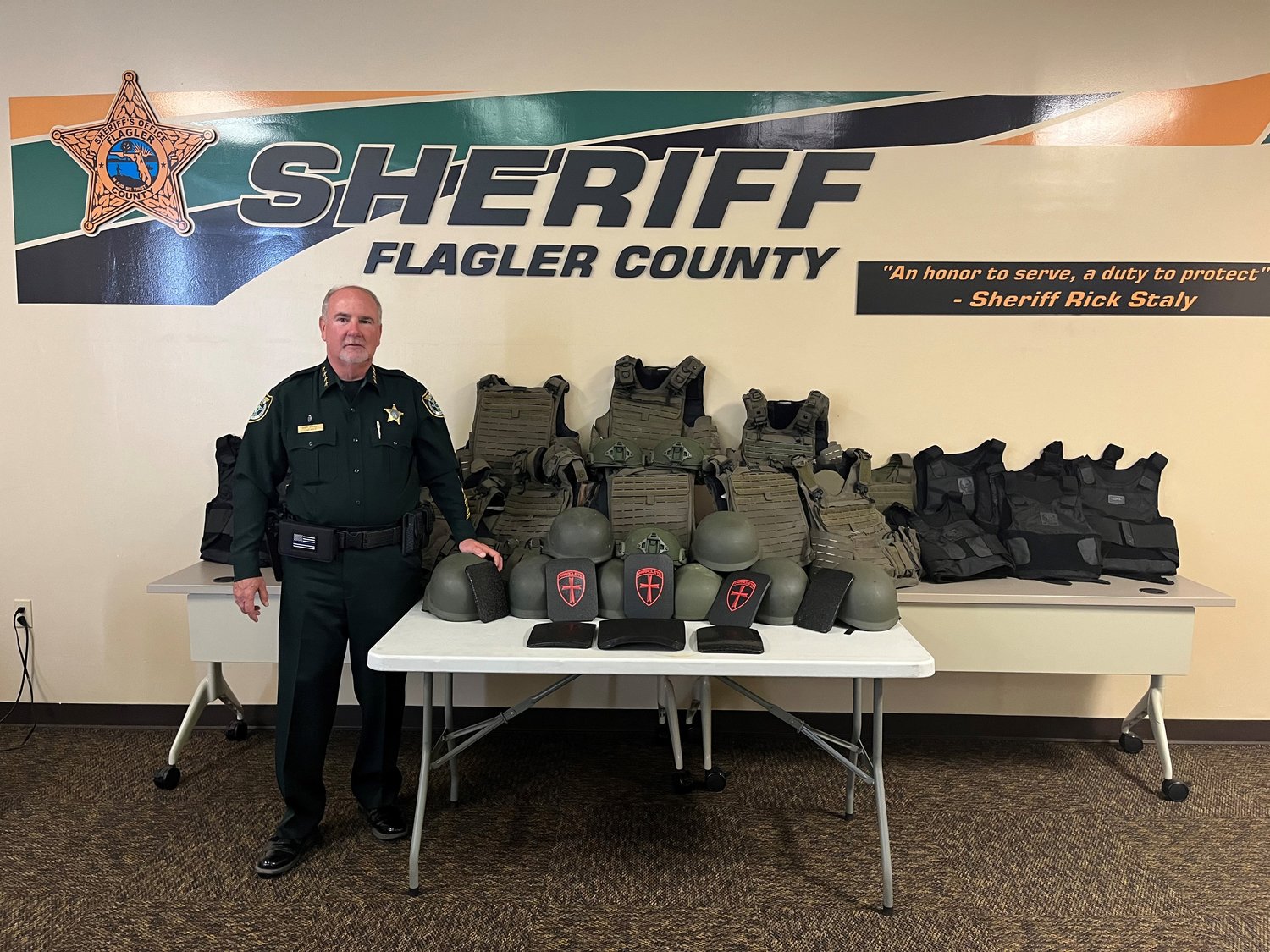 Bunnell, FL - One county in Florida is doing a world of good in Ukraine.

The Flagler County Sheriff’s Office has now joined the nationwide initiative to send surplus supplies to Ukraine as it fends off Russia’s ongoing invasion. The agency said in an email that they shipped off 21 vests and 11 helmets last week. According to the FCSO, the Flagler donated the equipment after the National Sheriff’s Association sent out a plea to agencies across the country to provide surplus equipment to the Ukrainian Military.

The vests provided by Flagler are out of warranty and can’t be reissued to FCSO deputies, but are still usable. If they weren’t donated, they just would have been destroyed and disposed of. The vests should reach Ukraine within a couple of weeks.

News Daytona Beach reached out to the Volusia Sheriff’s Office to see if any similar efforts were underway. Spokesperson Andrew Gant said VSO has been looking into donating equipment to Ukraine and could possibly send a round of donations in the near future.

Across the United States, numerous organizations and governmental agencies have announced plans to send equipment to the embattled nation. According to ABC News 5, around 30 different police agencies in Ohio are donating equipment to Ukraine. In total, those departments are donating 71 vest carriers, 1,880 pieces of body armor and 45 helmets. Fire departments around the country have also donated equipment such as helmets and boots.