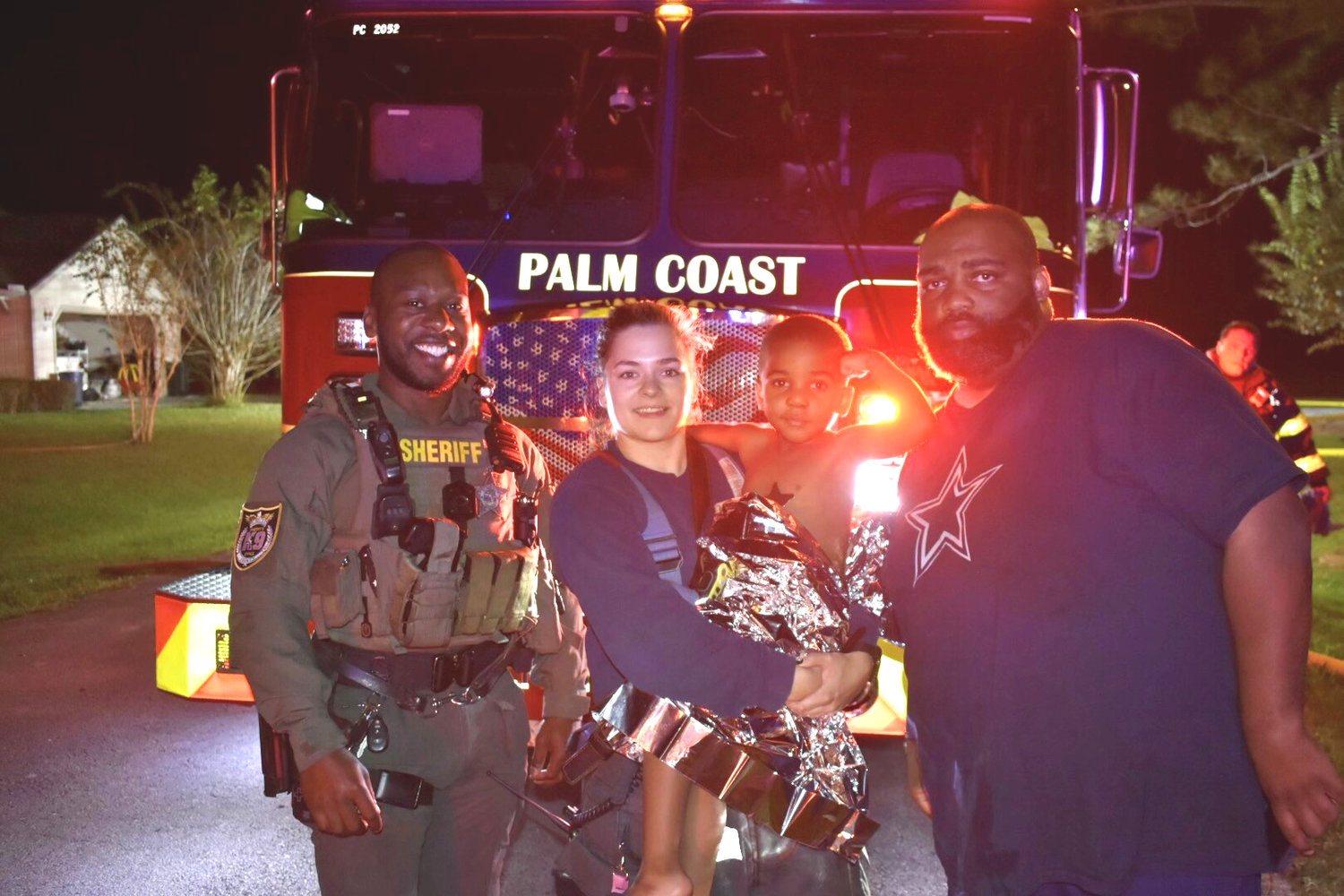 Palm Coast, FL - A Flagler County deputy springs into action and saves a young child as thick black smoke filled a Palm Coast home during a fire on Sunday.

The Flagler County Sheriff’s Office says K-9 Deputy First-Class Marcus Dawson arrived at the scene and met with a neighbor who advised that the fire started in the kitchen and he had not seen the three occupants that day. DFC Dawson said he observed a fire on the stove that was spreading to the cabinets.

Black smoke began to fill the residence as dogs barked at the sliding glass door of the rear bedroom. DFC Dawson made verbal commands into the residence and did not receive any response.

However, DFC Dawson soon noticed movement in the master bedroom and went in to find a 3-year-old boy under the blankets hiding from the smoke. Dawson then entered the home and carried the child out. The toddler immediately received medical attention and was cleared on scene.

When the children’s father returned to the scene, he told deputies he went to pick up dinner and left the sleeping child home with an older sibling when the fire broke out.

“Without DFC Dawson immediately running toward danger, even without a safety respirator, this could have been a much different outcome,” Flagler Sheriff Rick Staly said. “This child was hiding in fear of the fire and smoke watching a cartoon on his phone when, thankfully, DFC Dawson’s training in emergency response allowed him to find this child and safely rescue him.”

“This was a dangerous situation and we are very proud of DFC Dawson’s bravery and commitment to serving this community and saving a life,” added Staly.

No injuries were reported as a result of the fire. Investigators say the fire was believed to be accidental and possibly cooking-related.