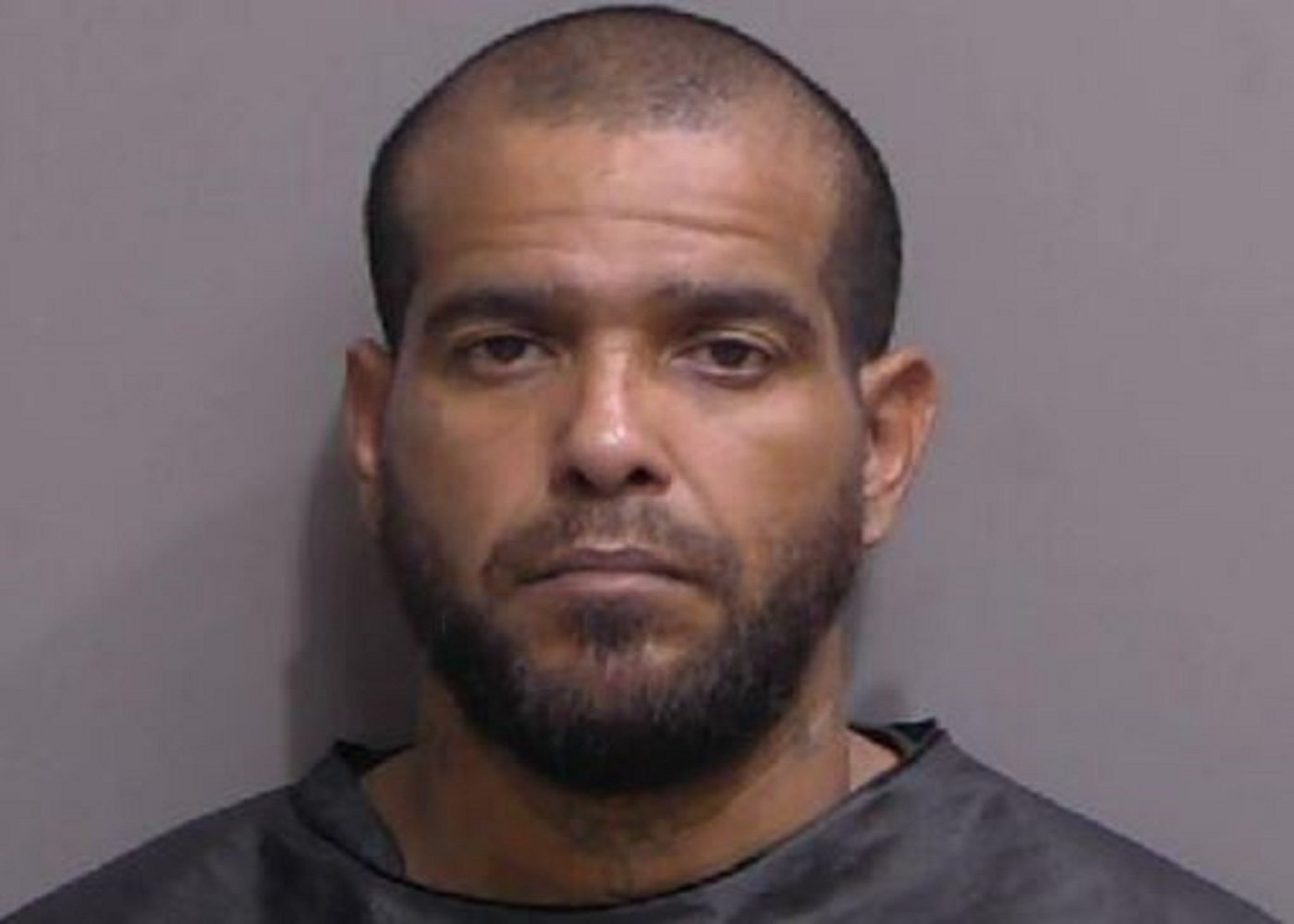 Bunnell, FL -  Flagler County Sheriff's Office (FCSO) deputies say 45-year-old Michael Rivera had four blown tires when the stolen vehicle he was driving finally came to a stop. FCSO received a Be On the Lookout Alert (BOLO) around 4 a.m. Friday. They located him about 20 minutes later traveling southbound on US 1 from Royal Palms.

When deputies got behind the stolen Mitsubishi Eclipse, Rivera immediately began driving in a reckless manner and turned South down Railroad Street, and then began to accelerate. When they received confirmation that the vehicle was stolen, emergency lights and sirens were activated. The suspect kept driving, fleeing, and eluding a traffic stop. Stop sticks were successfully deployed at US 1 Northbound near Grand Reserve Drive and again at US 1 Northbound near Whiteview Parkway. At this time the front driver side wheel was driving on the rim while all 3 other tires were flat. Despite that, Rivera continued North on US 1 at approximately eight MPH. After about 12 minutes the vehicle came to a stop and a felony stop was conducted. Rivera was taken into custody without further incident.

According to FCSO, this was not Rivera’s first encounter with law enforcement. He has a total of 23 Felony charges and 19 Misdemeanor charges.

“This is an example of another criminal who made the mistake of coming into Flagler County,” said Sheriff Rick Staly. “Luckily our deputies were in the right place at the right time to get him before he could prey on our community. Based on his arrest history he needs to go to prison and throw the key away.”

Michael Rivera was arrested and transported to the Sheriff Perry Hall Inmate Detention Facility without further incident. He was arrested for Violation of Parole, Driving While License is Suspended- with Knowledge, Fleeing and Eluding Law Enforcement Officers with Lights and Sirens, Possession of Drug Paraphernalia Equipment, and Grand Theft- Motor Vehicle. He is being held without bond.