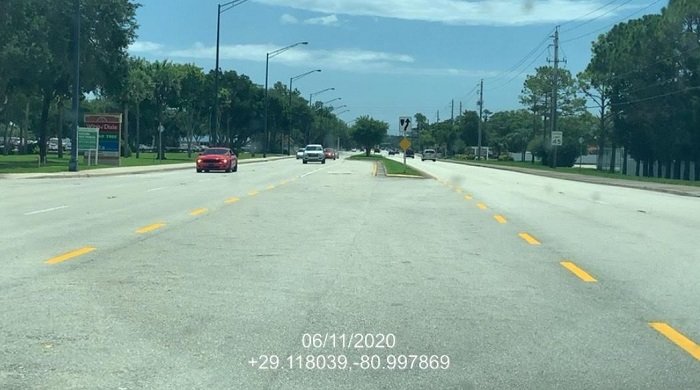 Port Orange, FL - One day after the Friend family held a protest in front of the Port Orange Police Department, the Florida Department of Transportation completed the enhancement of pavement markings at the intersection of Nova Road and Miles Drive.  The family lost their son and brother at the intersection when he was involved in a fatal motorcycle accident in September 2019. The driver that hit Ryan Friend has not been charged and the family is also trying to get that changed.

Prior to Wednesday's protest, Laurie Friend spoke about the intersection at a Port Orange City Council meeting. She said she felt they were very receptive to the problem and that they support her in the fact that's a deadly intersection, one hundred percent. "Every Commissioner, including the Mayor, said that they do back us on this issue. It is a city road funded by the state, so that makes it more difficult but they are going to try every avenue that they can."

FDOT Communications Specialist Jessica Ottaviano said the proposed changes have to be designed and the proposed modifications require FDOT to host a public hearing to share the plan and obtain feedback from the community.