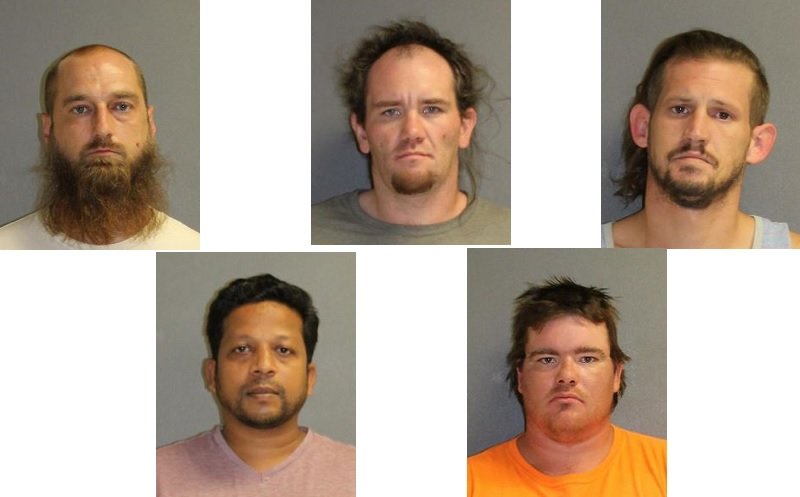 Daytona Beach, FL - Five men are in the Volusia County Jail after a Volusia Sheriff internet predator sting operation, "Illicit Solicit." All are charged with luring a child for sex.  The five arrested are 33-year-old John Hill, who is in custody with bond revoked in a prior murder case, 32-year-old Kenneth Mullis, who is being held on a $65,000 bond, 31-year-old Robert Hersey, held on a bond of $62,500, Vinayak Sawant, being held without bond on a detainer for Immigration and Customs Enforcement, and the fifth man, 29-year-old Ronald Foley, whose is in custody with bond revoked from another case involving talking to children for sex in 2018.

See video of some of the arrests by clicking here.

VSO detectives say this type of operation will be repeated in the future with online activity on the rise across the country. They say with so many kids spending more time online due to COVID-19, the Sheriff’s Office and law enforcement partners are taking steps to detect and prevent predatory behavior.