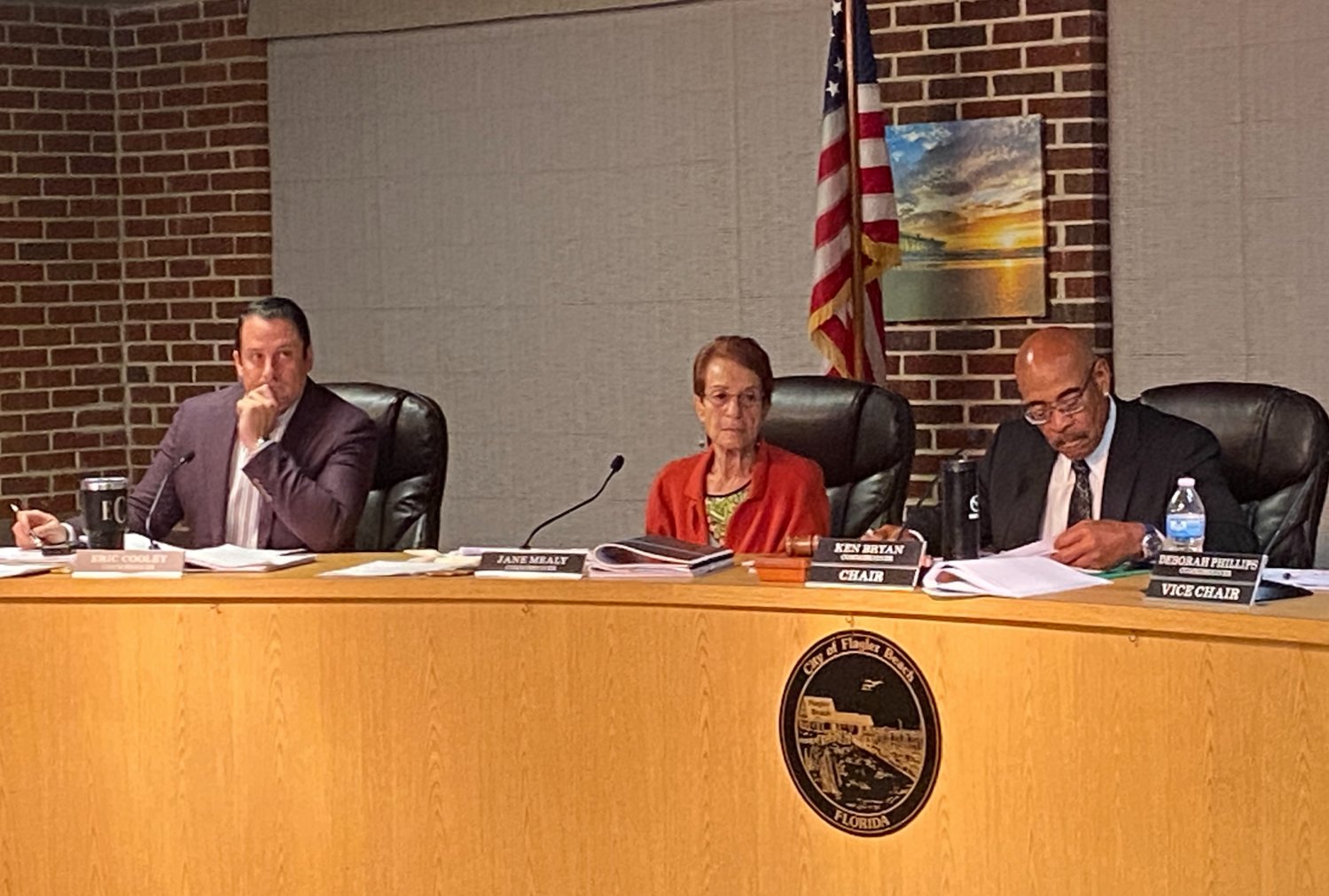 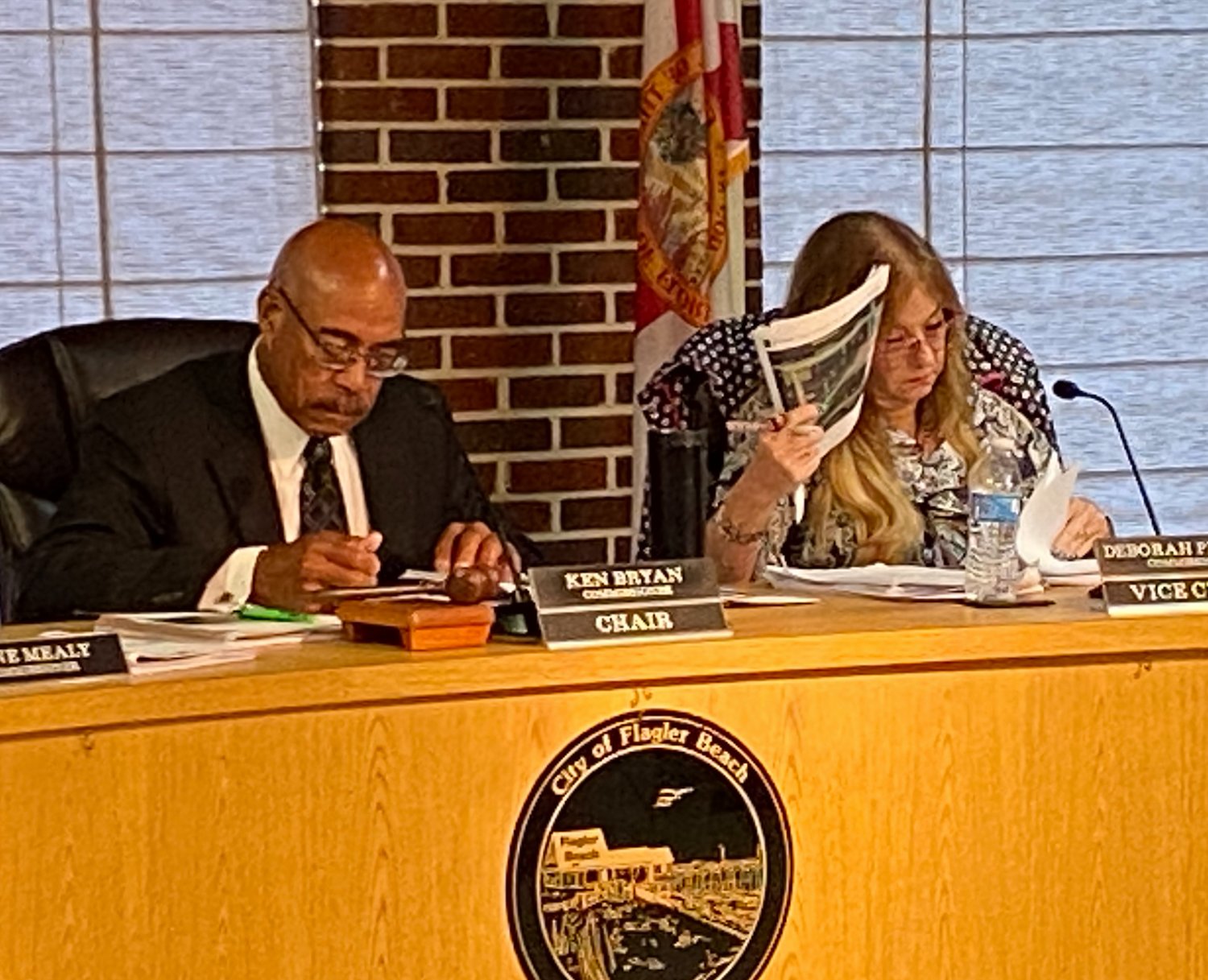 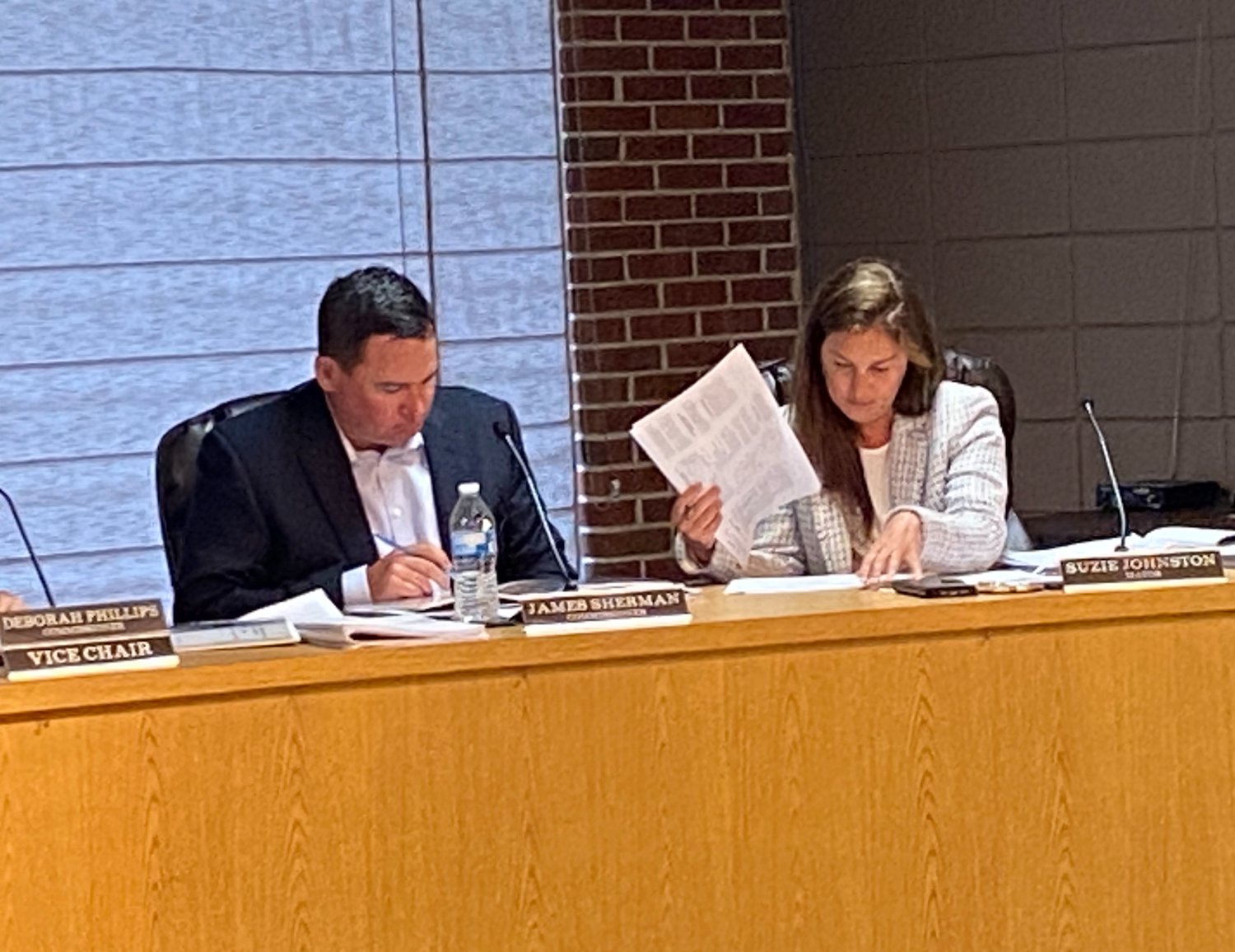 FLAGLER BEACH – The Flagler Beach city government delivered residents more disappointing news at Thursday’s meeting when it was learned that the city had not capitalized on the opportunity for up to $739k in grant money from the Tourist Development Council. There were no procedural roadblocks preventing the city for applying for some or all of the loan, its failure to seize it came as a result of city staff not preparing a project proposal in time for the grant. The window to do so was 18 months long, including an extension.

The Commission had been given a reminder about the grant by resident John Lulgjuraj, also a member of the TDC. Commissioner Eric Cooley was the next to bring it up in a meeting setting, asking the other Commissioners about it on Thursday. That prompted the reveal from City Manager William Whitson that they had, in fact, missed their window.

Parts of the grant could still wind up going to the city, but as of now they’ve let the window pass without taking action. It’s the second high-profile misfire of the Flagler Beach city government in recent memory, the first coming when city staff failed to procure their preferred vendor to host Fourth of July fireworks off of the pier. After extended and erratic negotiations with a smaller provider, the City Commission delivered the news to residents that they were choosing to forego the fireworks instead of risking it with their second choice.

In particular, criticism is being levied at Whitson and City Commission Chair Ken Bryan for the two instances. Members of the City Commission are more divided on who’s at fault. “Ultimately it falls on our City Manager,” said freshman Commissioner James Sherman. “At the end of the day that’s who oversees the overall administrative responsibilities for the city. And ultimately that’s the one that should be the one to take responsibility for this.” Commissioner Cooley concurred with Sherman’s assessment, adding: “That’s the person in charge of all of those things. It’s no different than if you’re the CEO of a company that has some performance challenges. It’s all under your umbrella.”

Others on the Commission point at least some of the blame toward Bryan. “We have a representative from Flagler Beach serving on the Tourist Development Council, and that’s Chair Ken Bryan and City Manager William Whitson,” said Mayor Suzie Johnston. “Both of are held responsible for the lack of TDC grants." Chair Bryan was the city’s main representative on the TDC, but in response to criticism he pointed out that other Commissioners could have come forth to make suggestions themselves. “The Mayor went before the TDC herself asking for additional fireworks, and she was turned down,” Bryan said. “So she was aware of the grant program as well. But she fell on her face, I’m going to be honest with you […] Any Commissioner can make recommendations for the grant program, it’s not just the City Manager. And no one did it.

Chairman Bryan was adamant that the blame should fall on the City Commission, but not on himself specifically or any other one individual. “We were all working on other things,” he added, “and if you wanna point the finger, I’m the Chairman at this time but all of us are responsible.”  Rick Belhumeur, a City Commissioner until he lost re-election in March, called Bryan’s role in the matter ‘inexcusable’. Bryan would respond by suggesting Belhumeur had time to make his own suggestion to the TDC while he was still a City Commissioner.

“Any Commissioner can make recommendations for the grant program, it’s not just the City Manager.” ~ Ken Bryan

Commissioners Deborah Phillips and Jane Mealy stopped short of assigning blame to anyone. In the case of Mealy, community vitriol against the Commission is beginning to get excessive. “I understand disappointment, but I would hope that they would try to be somewhat understanding instead of just yelling to get rid of the City Manager,” Mealy said. “I read some things on Facebook that were very disturbing to me, as was [Thursday’s] meeting.”

How Should Residents Feel?

Each Commissioner in one way or another agreed that Flagler Beach residents deserve to feel incensed. “We’re disappointed, and I think the anger is growing about things that should be happening that are not,” Cooley said, including himself in the displeased notion. “And is with justification.” Mealy and Sherman each asked residents to trust the Commission, though acknowledging the unfortunate circumstances. He also offered a solution to alleviate future disappointment: “I’d like to see some sort of plan of action as far as timelines go. Kinda have things planned out for the future so we don’t run into another issue that we ran into this last time regarding the Fourth of July.”

“I think the anger is growing.” ~ Eric Cooley

Mayor Johnston stated that she thought residents deserved to feel betrayed by their government. “The City of Flagler Beach residents should feel that the city is in good hands with the City Manager and staff taking direction. And you can’t have big misses like this happen for a small community.” She stopped short of casting doubt on Whitson’s ability to perform his job.

Will the City Manager be Fired?

Is there any possibility of seeing either Whitson or Bryan ousted from the city government over these two mishaps? For Bryan, almost definitely not. Outside of a voluntary resignation, there’s not much recourse to have an elected official removed just on account of perceived poor performance. For Whitson however, the writing may be on the wall.

In comments provided to WNDB, Commissioners Cooley and Sherman and Mayor Johnston all called to move up Whitson’s scheduled performance evaluation from August to a sooner date. “You have one job,” Johnston said in reference to Whitson. “We need to make sure that the man in charge is getting these jobs done. And when they’re not getting things completed, it becomes a point where we’ve got to look at job performance.”

Whitson was hired a little over a year ago, becoming the successor to the late City Manager Larry Newsom. Prior to coming on board with Flagler Beach, Whitson worked as City Manager in Hapeville, Georgia, East Ridge, Tennessee, and Cairo, Georgia. More local experience includes a stint as Assistant City Manager in Port Orange.

Cooley went as far as to allude to Whitson’s termination, in his case as a response the next time the Commission’s agenda packets are missing information. With one Commissioner short of a majority to expedite his job evaluation (Mayor Johnston does not have a vote), it’s tough to imagine Whitson doesn’t feel the heat beneath his chair after Thursday’s meeting.

“We’ve got to look at job performance.” ~ Suzie Johnston

As far as the confidence the Commissioners have in their City Manager? Answers varied. Mayor Johnston and Commissioner Cooley both stated their confidence had dropped. Commissioner Sherman wouldn’t state outright that he’d lost confidence in Whitson, but did say that he was “kind of torn”. He granted that Whitson’s year and change on the job was not long in his eyes.

Whitson received endorsements from Phillips, Bryan, and Mealy. All three reasoned that Whitson has “got a lot of things on his plate,” as Bryan put it. Phillips added that she’d like to see Whitson prioritize his tasks better than he has been.

“It is our job to keep things on track and ensure accountability for our taxpayers,” Cooley said, asking to add to his original comments. “The other side of that coin is we should not be micromanaging the city manager who makes well over 100k salary. It is not our jobs to run or interfere with city operations. It is our job to ensure city operations are being run correctly and make changes where needed if they are not. Right now we as a body need to have a blunt discussion about getting operations back on track. This cannot continue.”