Staly Was on a Drug Raid in April 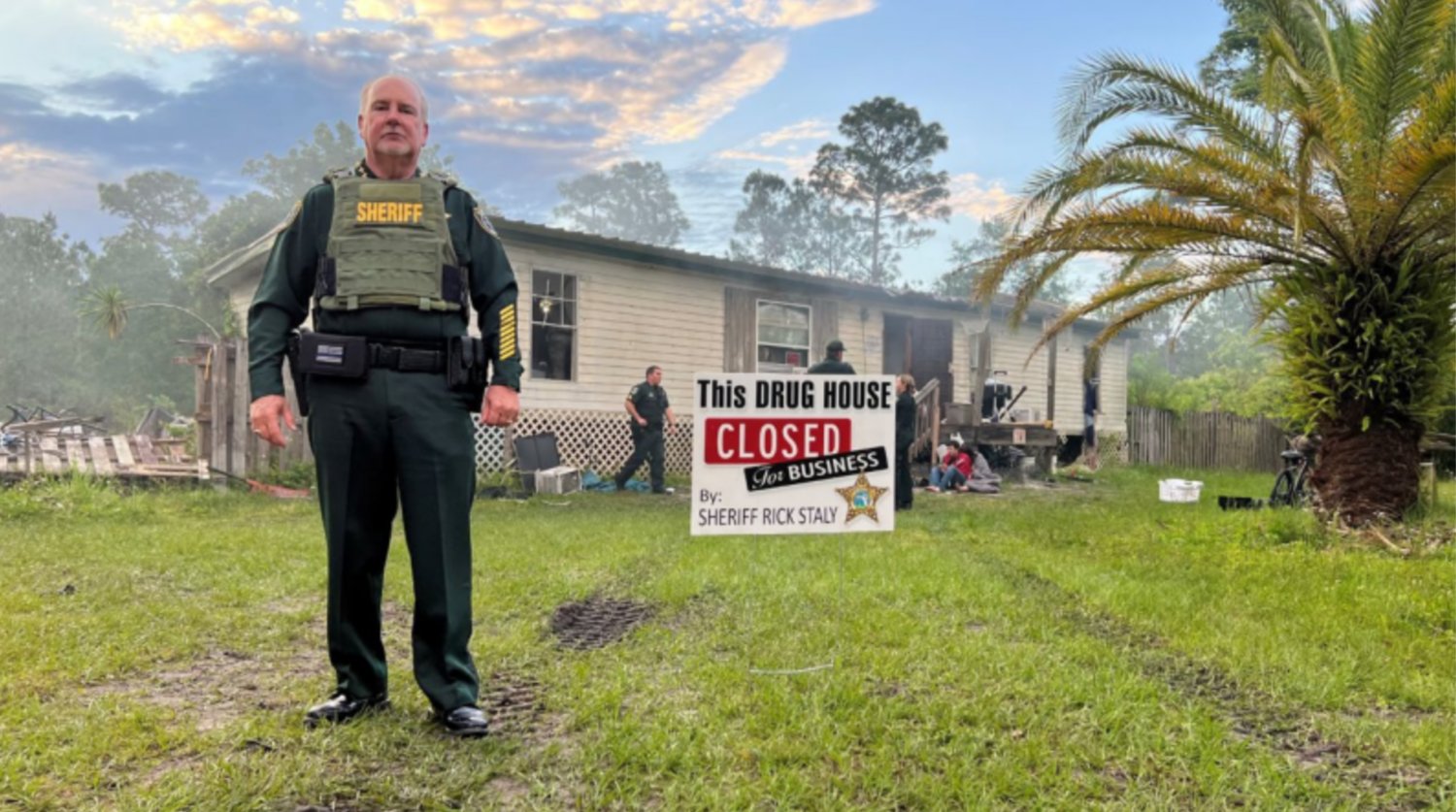 Sheriff Rick Staly sustained a hyperextended knee while participating in a drug raid in the Mondex on April. Though the incident was months ago, lack of improvement in the injury has led medical personnel to recommend surgery for Staly.

The surgery is scheduled for this Friday, July 1st. Doctors diagnosed him with a 3mm tear in the meniscal cartilage in his left knee. He’ll have to be put under with anesthesia for the surgery, leaving the Acting Sheriff duties to Mark Strobridge, Staly’s Chief of Staff. Strobridge will likely not have to take action as Sheriff unless there’s a critical situation.

The raid Staly injured himself on was a serving of a narcotics search warrant in the Mondex, an unincorporated community in west Flagler County also known as Daytona North. The raid made news headlines at the time that it happened, though Flagler Sheriff’s Office did not mention the injury in press releases. Staly appeared in a prepared video after it was executed, describing what had happened on the front lawn while holding relatively still.

Staly attributed his injury to his preference to personally go out in the field. “As the community knows, I’m not a Sheriff that sits behind a desk and never will be,” hey said. “Sometimes injuries occur to deputies enforcing the law, even to the Sheriff. This is a minor outpatient procedure with a quick recovery.”

Watch the video of the bust which resulted in Staly’s injury below: