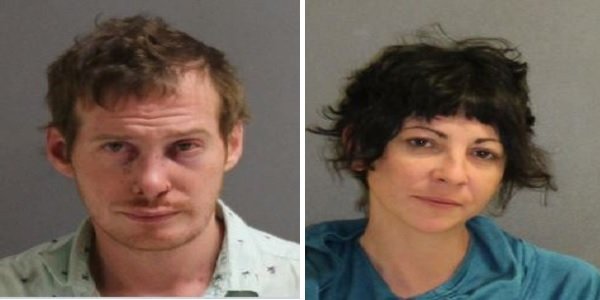 Police responded to their home after an invited guest called 9-1-1 to say that Raye had stabbed him and another person. The victims told officers that they had driven from New York  yesterday (February 2) and met up with Raye and Soroko at a bar in Daytona Beach Shores. The victims say afterward,t hey were invited to stay at the couples home. They all went to the residence and a short time later, things changed.

The first victim screamed that Raye had a knife. When the second victim came to help, he was also involved inthe altercation, He ended with a cut to the back of an ear and a small scratch in the middle of his back. Both victims were waiting outside when the police showed up.

When officers tried to make contact with Raye and Soroka they would not open the door. Officers utilized the public announcement system on the their vehicle and the couple still ignored their commands. While officers were outside their door, Raye and Soroko took turns calling 9-1-1, claiming harrassment by the police.

Soroko told officers they'd need a warrant to come in and just before 5 this morning, the Port Orange Emergency Response Team showed up with one. Officers still had to breach the door.

Raye faces two charges of aggravated assault with a deadly weapon, two charges of resisting arrest without violence and because of his misuse of 9-1-1, he's also charged for that.  He is being held on no bond.

Soroko is charged with three counts of resisting arrest without violence, two charges of misuse of the 9-1-1 system, battery-domestic violence, and a charge of creating/maintaining a nuisance injurious to health. Her bond is set at $5,000.