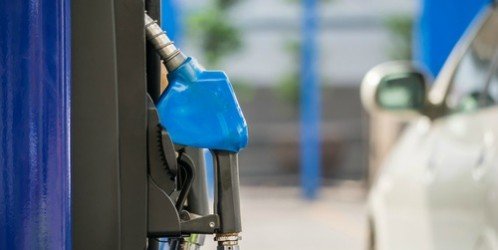 The price of gas is continuing to fall across the state of Florida, according to the latest report from AAA. It's the seventh consecutive week that the average cost has declined.

As of Monday, the average price per-gallon was $3.93 in Florida, down from $4.09 a week ago. It's a huge drop which finally gets the state average under the dreaded $4-a-gallon mark.

Costs hit an all-time high just about a month ago, when the average gallon of gas cost almost $5.00 a gallon for much of the state. Even consistent undercutters like Sam's Club and Buc-ee's could only muster a discount of a dime or so compared to the competitors.

Put into the perspective of a regular fillup, an average-sized gas tank would cost around $73 to fill up from empty when prices hit their record highs back in June. Now, it'd cost about $59. Things are still much higher than most are used to, but for many people that difference is a difference-maker.

"After paying almost $5 a gallon just a couple months ago, Florida drivers are likely breathing a sigh of relief when seeing gas prices back below $4 a gallon," said Mark Jenkins, AAA spokesman in a statement. "However, it's too early to tell just how long these sub-$4 gas prices will hang around. Oil and gasoline futures prices made notable gains last week. This could cause falling gas prices to level out or potentially increase, but it's too early to tell."