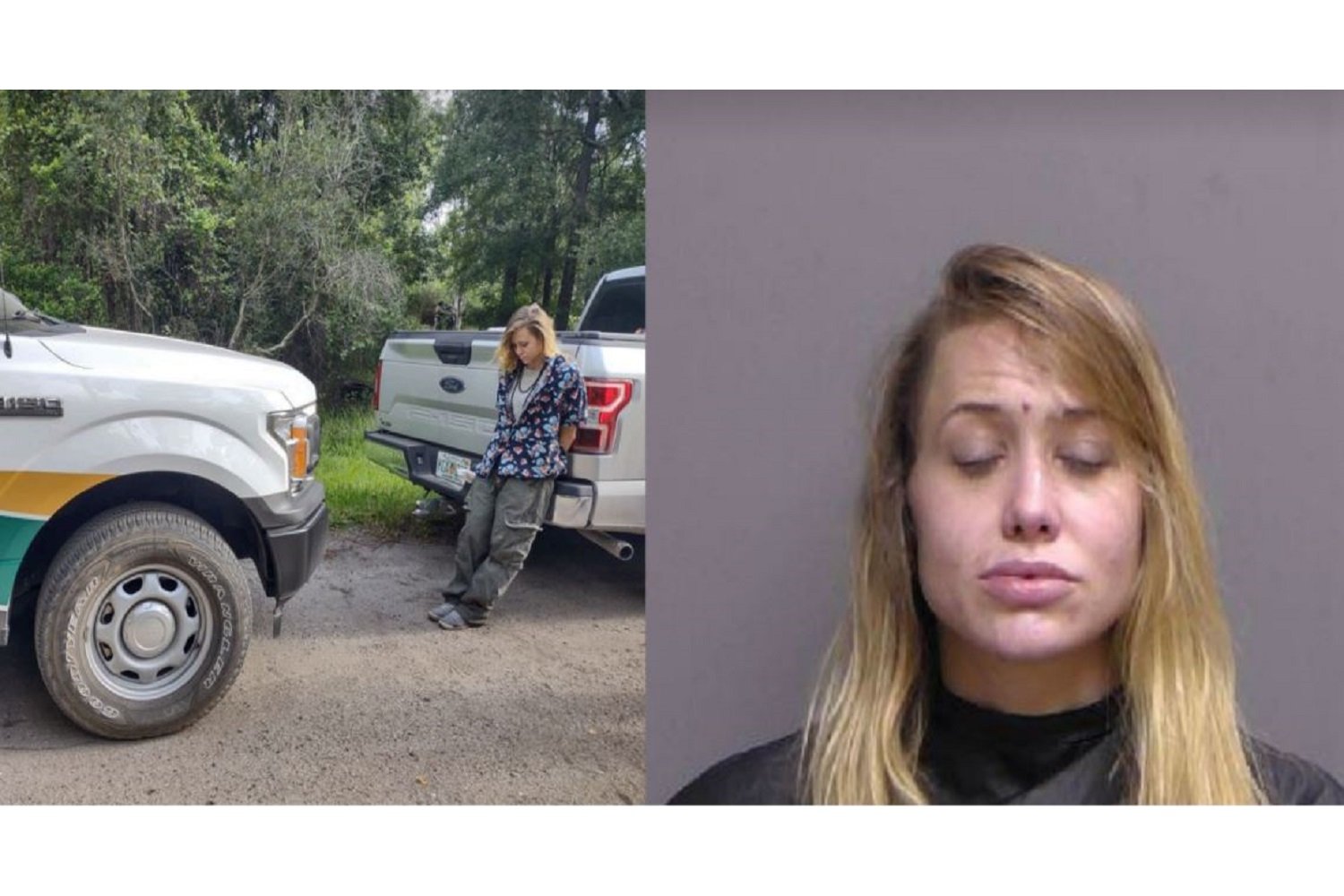 Bunnell, FL  - A Georgia woman whose family members reported her missing on August 2—saying that she had become addicted to drugs after leaving Georgia with her boyfriend and they were worried for her well-being—was found hiding in Bunnell.

Flagler County Sheriff's Office (FCSO) deputies made multiple attempts to locate 29-year-old Jessica Downey at locations where she was known to frequent without success.

Tips made to FCSO led investigators to an address where she might be held against her will, 5000 Palm Avenue in Bunnell. Multiple attempts were made to contact Downey, but deputies were constantly met with uncooperative subjects. Some tips suggested Downey was being held captive, physically and sexually assaulted, and being injected with heroin against her will. Detectives worked diligently to investigate each tip but were unable to determine if they were credible.

FCSO was handed a way into the home on August 31 when they received a "Request to Arrest'' from the Gwinnett County, Georgia Sheriff’s Office. It asked that the FCSO locate and apprehend Downey based on a Felony Arrest Warrant from Gwinnett County for Burglary with Intent to Commit Theft. That gave Detective Kathryn Gordon what she needed to apply for a search warrant for the property located at 5000 Palm Avenue in Bunnell. The search warrant was granted and on September 1, 2021, the search warrant was executed and Downey was recovered without incident.

“I hope this is a lesson to people to stop hiding in Flagler County,” Sheriff Rick Staly said. “The investigative team did a phenomenal job tracking down this girl and safely apprehending her. Here is a great example of ‘see something, say something’ which helped our detectives find a wanted fugitive from Georgia. I appreciate the community reporting tips and sightings of this fugitive and I hope she enjoys her stay at the Green Roof Inn.”

When questioned, it was determined that Downey was not being held against her will. She was placed under arrest for being a Fugitive from Justice and transported to AdventHealth-Palm Coast for medical clearance. She will be held at the Sheriff Perry Hall Inmate Detention Facility under no bond while awaiting extradition to Gwinnett County, Georgia.