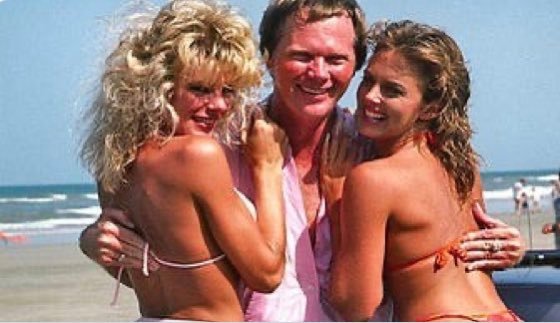 ORMOND BEACH - Ron Rice, the founder of the suntan lotion brand Hawaiian Tropic, has died at the age of 81. He lived in Ormond Beach up until his death, and has left a profound impact on the global skincare industry.

Rice founded Hawaiian Tropic in 1969 after mixing different chemicals together in a cheap trash can with a broomhandle. He hired two youths to bottle it for him, and he was quickly making a steady flow of side cash to supplement his job as a high school science teacher and football coach. Rice also spent time as a lifeguard in Volusia County in the 60's, where he descibed seeing Coppertone sunscreen and little else. “I thought, there’s room for another product here,” he said.

The Hawaiian Tropic brand would expand beyond just its suntan lotion. It hosted Miss Hawaiian Tropic International from 1984 to 2010, boosting the careers of several well-known models and entertainers. It even introduced contestant Marla Maples to her future husband, pageant judge and President-to-be Donald Trump.

Rice sold Hawaiian Tropic to Playtex Products, Inc in 2007. He re-entered the skincare industry in 2015 with the founding of Havana Sun, another Ormond Beach-based company when his non-compete clause expired in 2015.

He had fallen ill in the last years of his life, but was working on an autobiography which stands to be released posthumously.