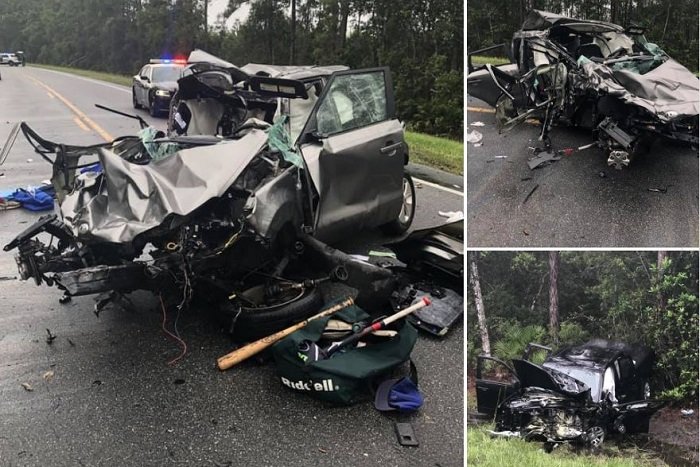 Ormond Beach, FL - One man is dead and four others suffered injuries in a head-on collision yesterday (September 19) afternoon. Florida Highway Patrol reports that the accident happened around 2:20 p.m. on State Road 40 near Pine Woods Road, about midway between I-95 and State Road 11.

FHP Lieutenant Kim Montes reports that the first vehicle, a SUV, driven by a 57-year-old Bunnell man, was traveling westbound on S.R. 40 and traveled into the eastbound lanes while entering a curve. The vehicle crashed head-on into a vehicle, a pickup truck, traveling eastbound, killing the driver, a 75-year-old Daytona Beach man.

The crash remains  under investigation.