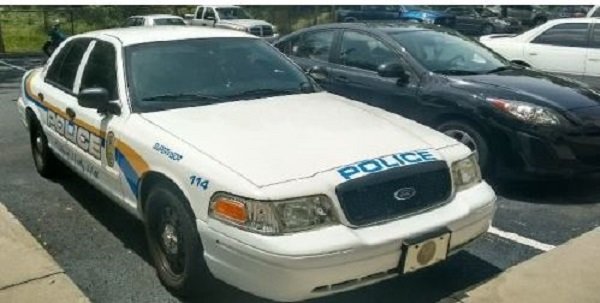 UPDATE: The deceased woman in this case is identified as 35-year-old Leah Mays. In the police report, the only information about the infant is that it is between two and three weeks of age.

Police and EMTs responded to the apartment at around 6:30 p.m. yesterday (March 17). They were alerted to the apartment by a man who said he had come to check on Mays after not hearing from her for a few days. He said he knocked, then tried the door, which opened but was secured with a chain lock.

The man said he forced the door open and found Mays seated on the couch and slumped forward. He said he straightened her body up into the position in which police found her.

The police reports no visible injuries but does note that several syringes were found on the coffee table in front of her. The baby was in a car seat found a few feet inside the front door.  The baby did not appear to be injured but did appear very thin.

Paramedics pronounced Mays and the baby dead at the scene.  The investigation continues into their deaths while waiting for the autopsy results.

Holly Hill, FL - Holly Hill Police are investigating the deaths of a 40-year-old woman and a 1-month-old baby. At 8:30 last night, officers responded to an apartment located at 238 Ridgewood Avenue.

The identity of the victim and the cause of death are unknown at this time. Officers say there were no outward signs of trauma.