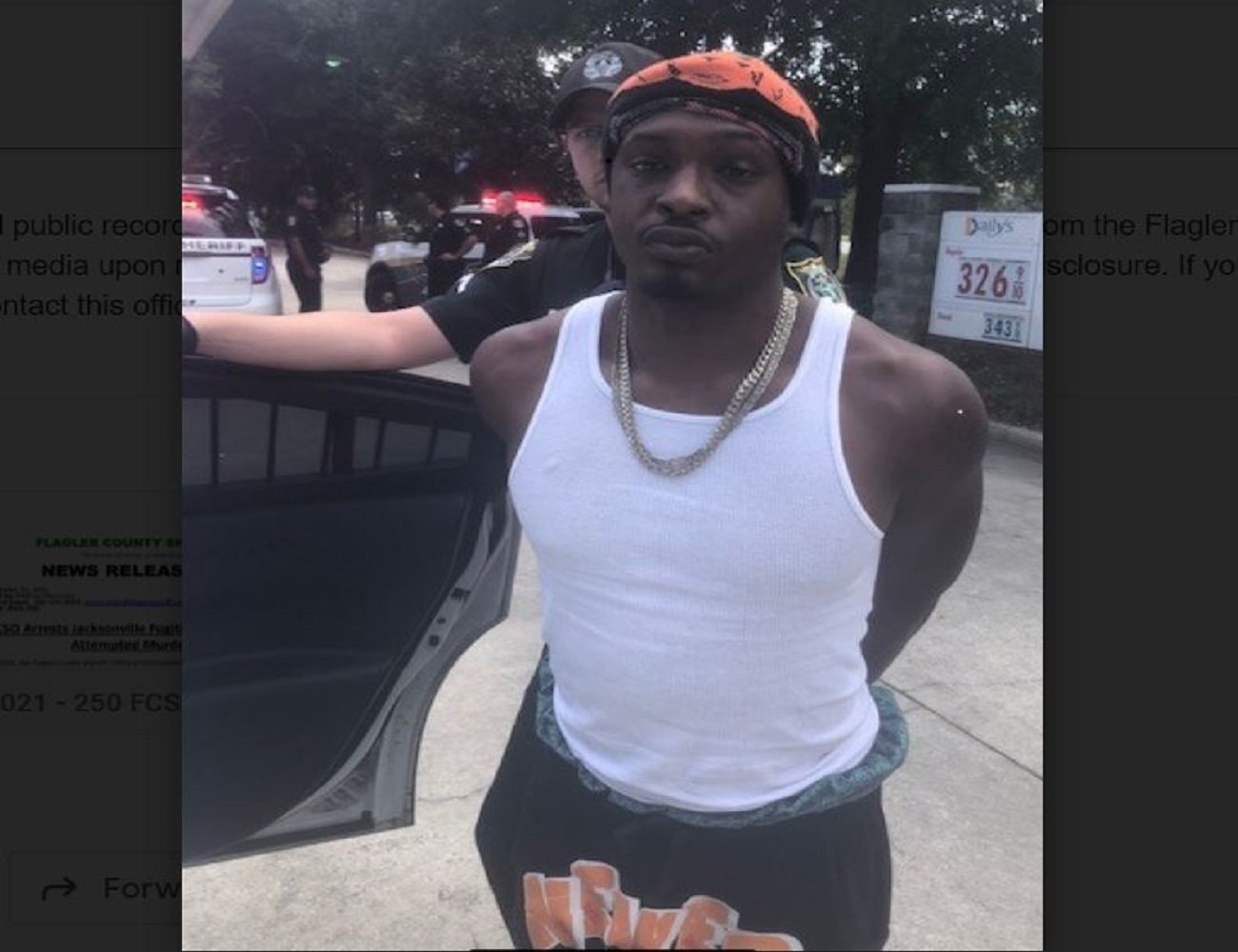 Bunnell, FL - A fugitive wanted for Attempted Murder in Jacksonville is in the Flagler County Jail on an $875,012 bond.  Flagler County Sheriff's Office (FCSO) deputies spotted  23-year-old Alexander Wingard's vehicle on Sunday morning on State Road 100 in Palm Coast. They saw the car getting on I-95, keeping it under surveillance while waiting for additional patrol cars to arrive to conduct a high-risk traffic stop. FireFlight was launched and tracked the vehicle.

Wingard's car exited I-95 at Palm Coast Parkway at which point deputies initiated a felony stop at a gas station. Deputies verified the driver as the fugitive from Jacksonville. He was taken into custody without incident. Wingard is wanted by the Jacksonville Sheriff’s Office for Attempted Murder with a Deadly Weapon and Three Counts of Shooting or Throwing a Deadly Missile.

“Arresting this fugitive was a textbook example of how to make a dangerous apprehension without incident,” Sheriff Rick Staly said. “This career-felon was wanted for attempted murder and our Real-Time Crime Center technology helped us get a dangerous criminal off the streets before he could hurt anyone in Flagler County. Unfortunately for him, he didn’t know to stay out of Flagler County because our deputies will find you and put you in jail where you belong! So now he has an unexpected stay at the Green Roof Inn.”