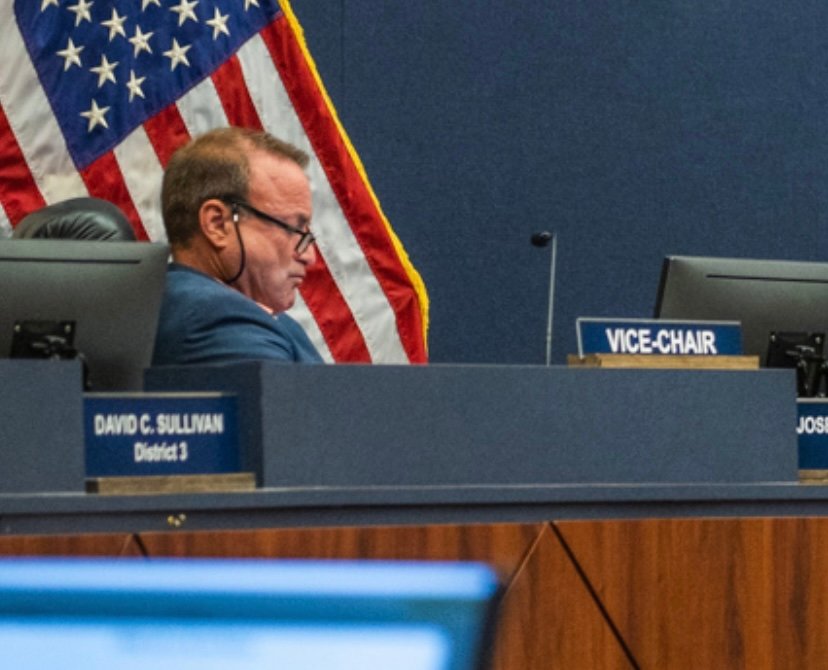 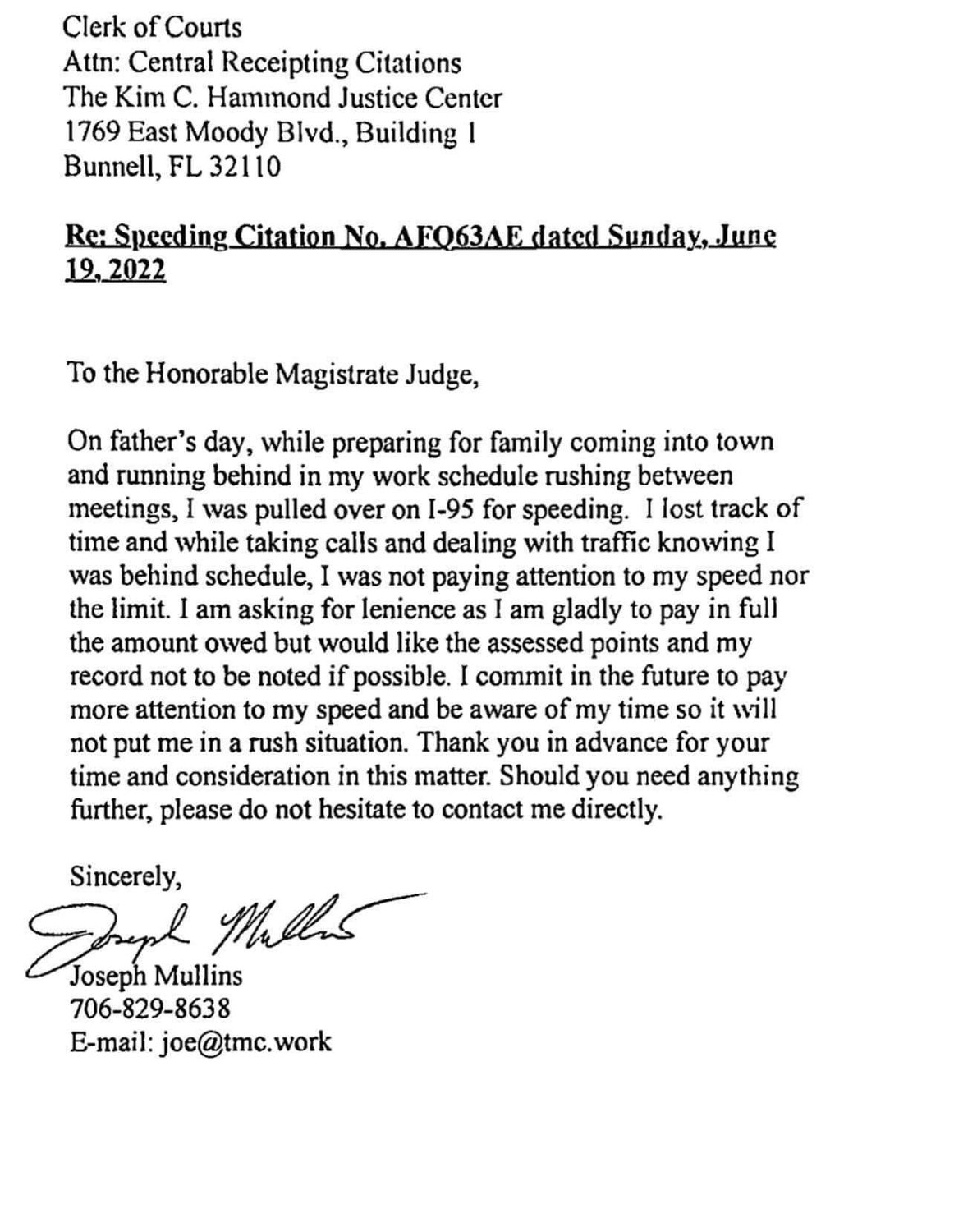 Joe Mullins, the District 4 member of the Flagler County Commission, is receiving scrutiny for a letter he wrote to a judge following a speeding ticket earlier this week. Mullins was pulled over on I-95 northbound just before Palm Coast Parkway after being clocked at 92 mph in a posted 70 mph zone.

Mullins’ letter to the judge read as follows:

“To the Honorable Magistrate Judge,

On father’s day, while preparing for family coming into town and running behind in my work schedule rushing between meetings, I was pulled over on I-95 for speeding. I lost track of time and while taking calls and dealing with traffic knowing I was behind schedule, I was not paying attention to my speed nor the limit. 1 am asking for lenience as I am gladly to pay in full the amount owed but would like the assessed points and my record not to be noted if possible. I commit in the future to pay more attention to my speed and be aware of my time so it will not put me in a rush situation. Thank you in advance for your time and consideration in this matter. Should you need anything further, please do not hesitate to contact me directly.

Mullins agrees to pay the $281 fine assessed to him in the letter, but requests that the judge forego adding any points to his driving record. He also conceded to the judge that he had been using his cell phone while driving, and that it contributed to the speeding citation.

Some community members have accused Mullins of seeking special treatment for his ticket. “Speeding tickets can occur at times,”Mullins said in response to the criticism. “The letter is what is recommended process by courts and done by many people that get tickets. You either can do [it] through attorney or represent yourself I choose to handle myself. I paid my fine. I hope it’s my last ticket. But at times we stretch ourselves a little to thin.”

Mullins also affirmed that he learned to appeal tickets in such a way before he was elected to office. It’s not the first time he’s done so; in recent years Mullins petitioned the help of Sheriff Rick Staly to soften the blow of another ticket. Staly responded by firmly rebuffing the request. 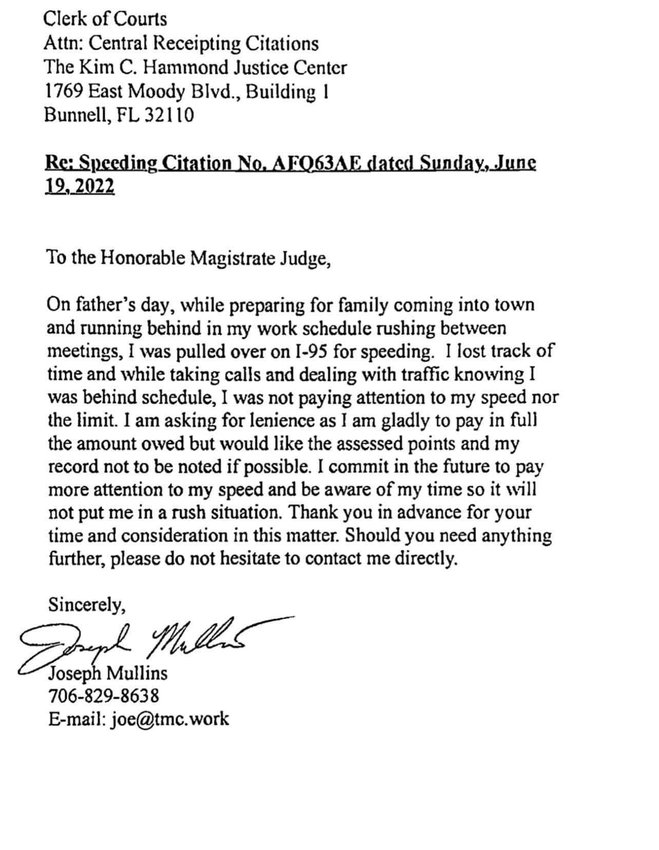