Joey Logano Triumphs in First Clash Event Away from Daytona 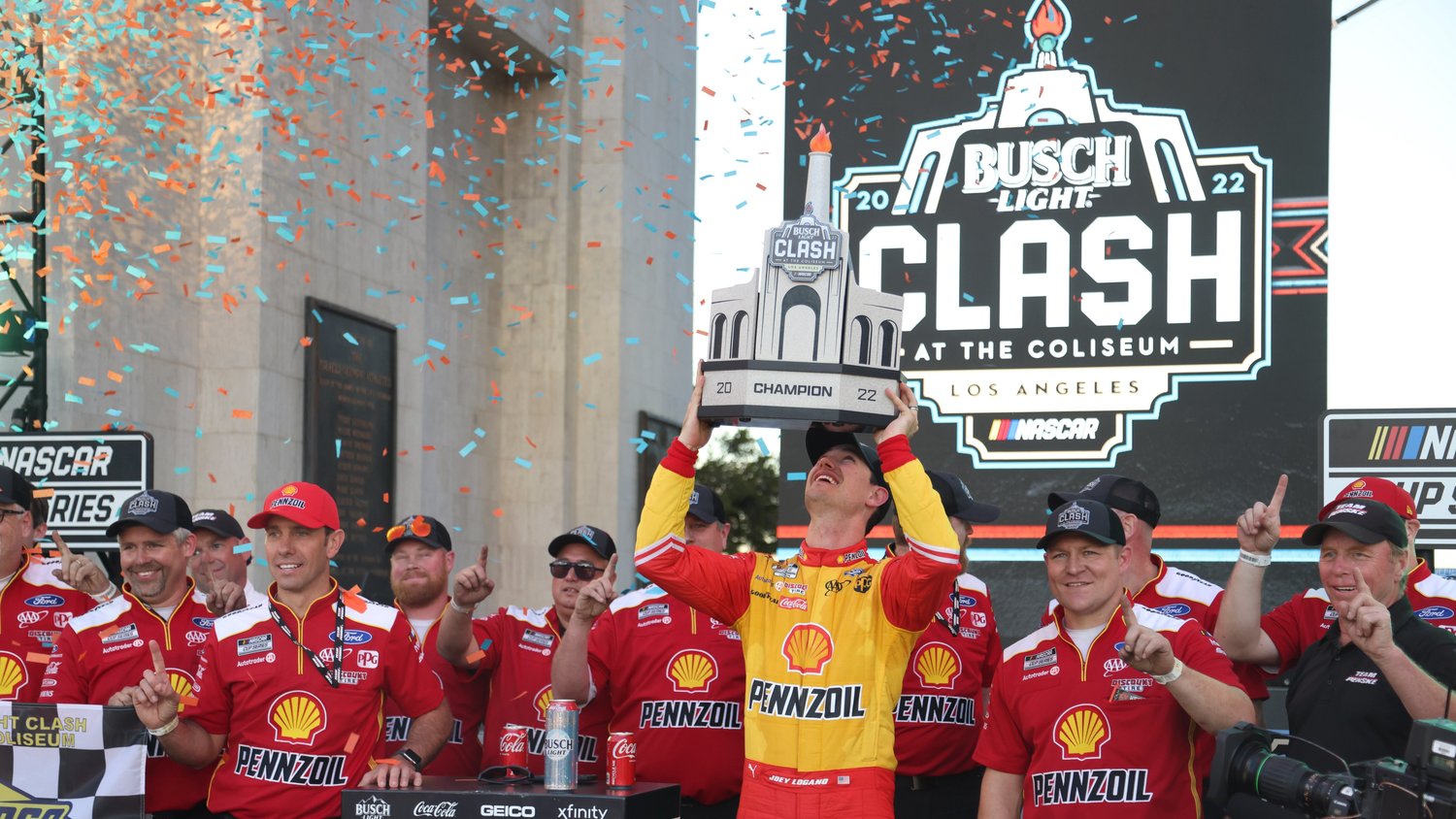 LOS ANGELES - In the first instance of The Clash ever being held away from Daytona International Speedway, a familiar winner came out on top. Joey Logano, the event's 2017 winner, was victorious again on Saturday after holding off a hard-charging Kyle Busch in the closing laps.

The decision to relocate The Clash from Daytona to the Los Angeles Memorial Coliseum was a controversial one, and many wondered whether a NASCAR race would work inside a football stadium. It was a challenge for all involved, but the racing product was nothing short of chaotic and thrilling.

The track, set up specifically for this event, was only one quarter mile long. It being so small by NASCAR standards led to some sketchy racing by even the most seasoned competitors. The second last chance race was initially won by Ty Dillon, but Dillon was disqualified after NASCAR issued him his second restart penalty of the race.

A number of confrontations took place on-track, including Dillon and Harrison Burton, Kyle Larson and Haley, and Erik Jones and Ryan Blaney. Blaney was seen throwing safety equipment at Jones after he was taken out in retaliation for earlier transgressions. "He wants to destroy me for 7th," Blaney said. "Don’t really make no sense. So, I don’t know…we’re just kind of riding around and running into the back me just killed our car."

In addition to the racing action, fans were treated to live performances from Pitbull and Ice Cube between racing segments. Pitbull has an ownership stake in Trackhouse Racing, a Chevrolet-affiliated team which fields cars for Daniel Suárez and Ross Chastain.

NASCAR fans in Daytona will get to see some racing action as soon as Thursday the 17th, when the Cup Series races in the Bluegreen Vacations Duels. The Daytona 500 will run on Sunday the 20th.

Dierks Bentley to Perform Prior to Daytona 500