Disturbance likely to cross Florida according to forecasts 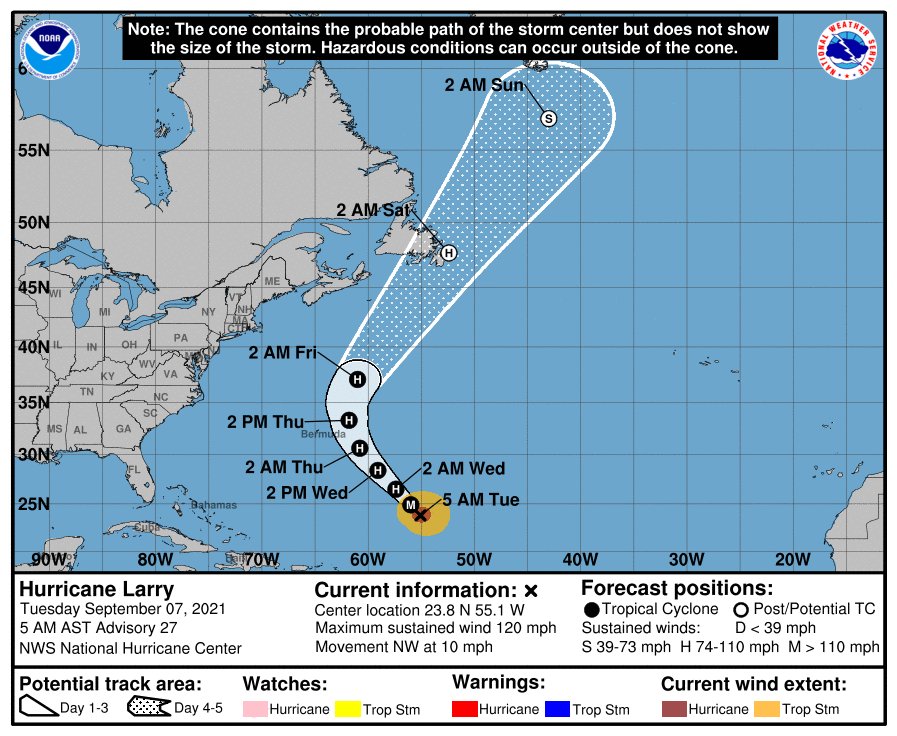 Daytona Beach, FL - While it may not be making a direct hit, parts of the eastern United States—including Florida—will still feel some effects from Hurricane Larry.

Forecasts from the National Hurricane Center (NHC) says large swells generated by Larry will continue to affect the Greater and Lesser Antilles and the Bahamas throughout the middle of week. Significant swells will also affect the eastern coast of the United States and Canada by midweek and carry on throughout the rest of the week.

Forecasters say these swells are likely to cause life-threatening surf and rip current conditions along the coast. Therefore, beachgoers are urged to follow the guidance of local lifeguards throughout the week.

The NHC is additionally tracking Invest 91-L, a system of disorganized showers and thunderstorms over the south-central Gulf of Mexico. Right now forecasters expect the storm to move slowly northeastward over the central and northeastern Gulf of Mexico during the next couple of days.

Upper-level winds are currently unfavorable for development, but they are forecast to become marginally conducive for some limited development as the system nears the northern Gulf coast on Wednesday and Wednesday night (September 8).

From there, the system is expected to cross Florida and exit out over the Atlantic where tropical or subtropical development is possible.