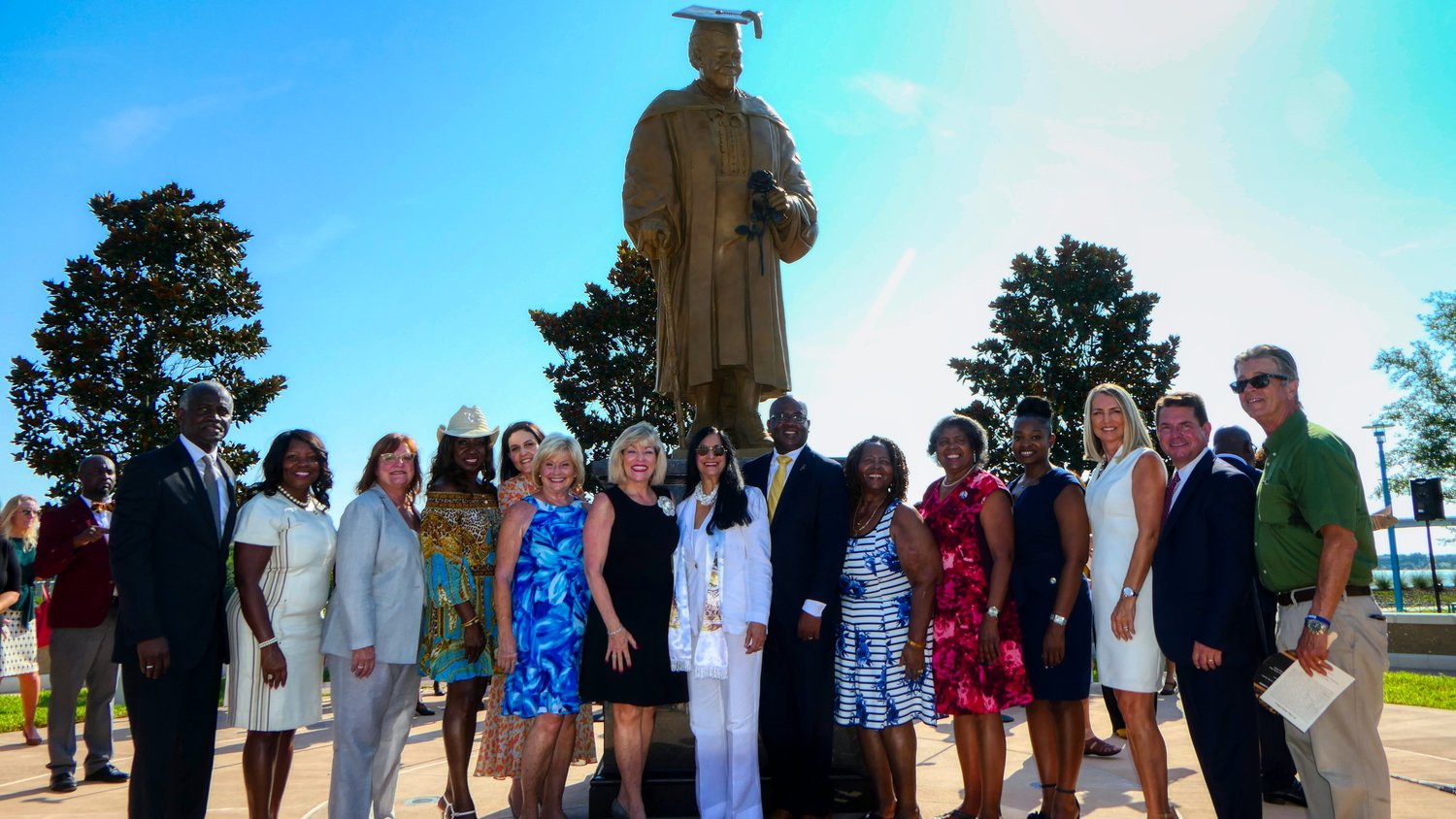 Daytona Beach Mayor Derrick Henry was on hand to speak about the continued legacy of Bethune, whose impact on the community is profound to this day. Bethune was a pioneer in education for black Daytona residents, founding the Educational and Industrial Training School for Girls in 1904. It would later merge into Bethune Cookman-College, which became Bethune-Cookman University in 2008.

It continues an eventful summer for the remembrance of Bethune; she was enshrined as one of Florida's two representatives in the National Statuary Hall in Washington D.C. on July 13th.

Mayor Henry delivered a rousing address at the base of Bethune's statue. “I hope that the statue’s presence in this intermediary space that sits between the world’s most famous beach and the site, a former dump, but the birthplace of Dr. Bethune’s greatest vision, her greatest dream which came to fruition in the place and presence of the great Bethune-Cookman University.”