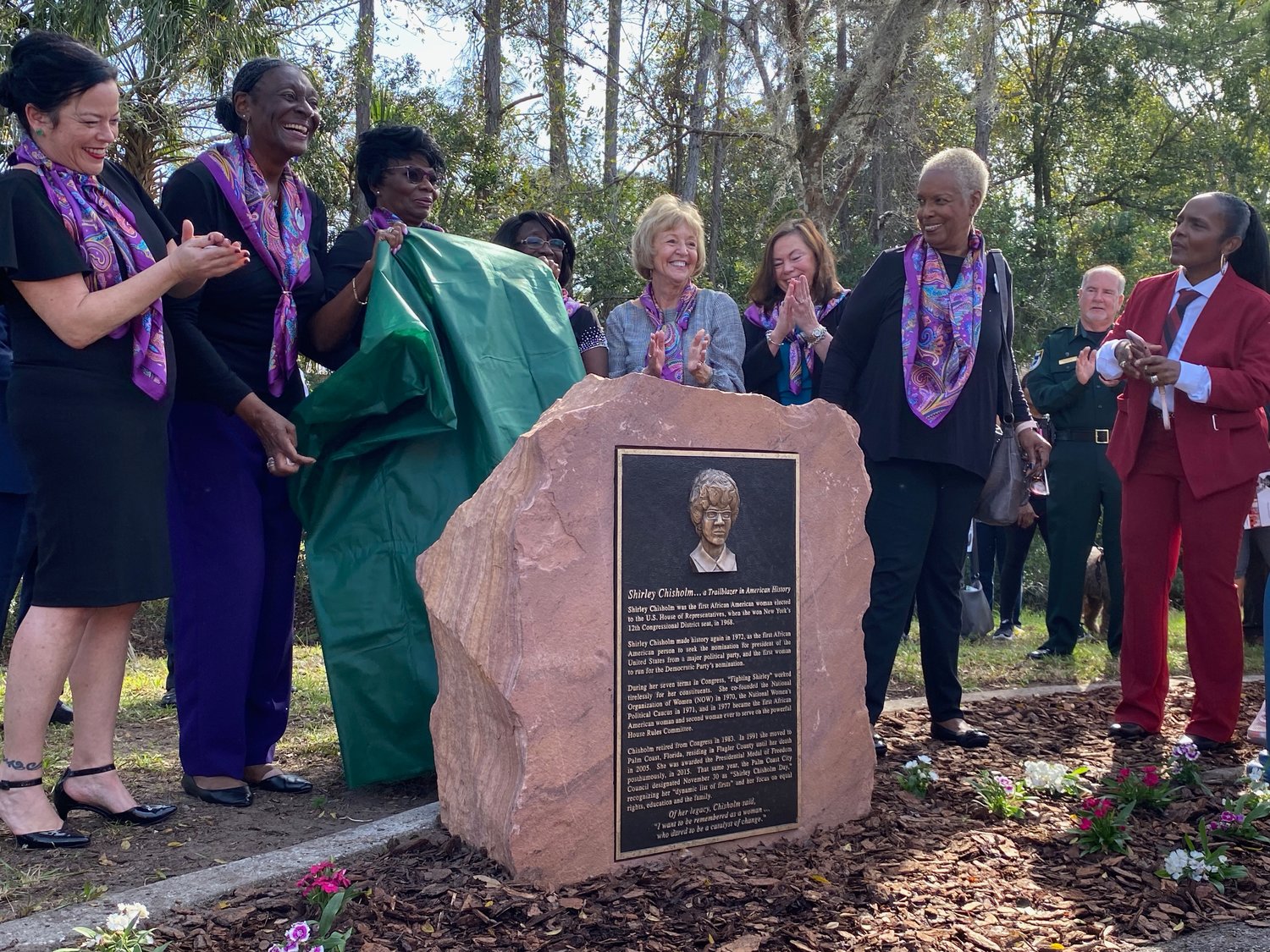 PALM COAST, Fla. - The walking trail along Pine Lakes Parkway in Palm Coast has now been named the Shirley Chisholm Trail, in honor of one of the city's greatest residents. The late Shirley Chisholm, an icon for civil rights and women's causes, lived out the end of her life in Palm Coast. Thanks to the efforts of the Democratic Women's Club of Flagler County, one of the city's trails now bears her name.

A ceremony and dedication was held at the Pine Lakes Golf Club Wednesday, attended by throngs of community members who either knew Chisholm or admired her legacy. DWC members Jill Reynolds and Agnes Lightfoot were the proudest faces in the room, having led the efforts to make the trail dedication a reality. 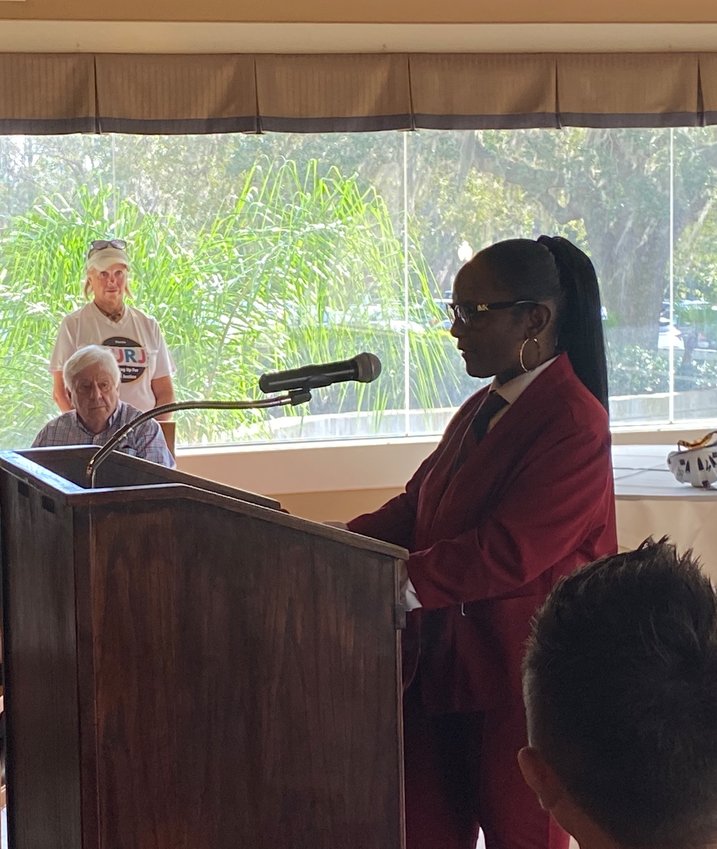 Also present was Maria Ford, Chisholm's goddaughter. "My godmother is smiling down on us right now," Ford said. "She would be so happy and so grateful." Ford spoke at the Golf Club about the perseverance and dedication Chisholm put into women's causes and black causes in her political career.

Most notably, Chisholm was the first black candidate for President of the United States in a major party, the first woman to run for the Democratic Party nomination, and the first black woman to win election to the U.S. Congress. She won delegates in her presidential primary campaign, and served from 1969 to 1983 representing New York's 12th congressional district. Despite these groundbreaking accomplishments, Chisholm was known locally as a friend and leader in the community.

Members of Mt Calvary Baptist Church, Chisholm's former place of worship, came to celebrate the achievement. Jeffrey Seib, known for his time on the Palm Coast Beautification & Advisory Committee, spoke to a friendship he enjoyed with the late Chisholm. She was "a giant in our midst," he said, and "a friend that stood tall for what was good and right in America."

In an unplanned address, Sheriff Rick Staly took the podium to describe meeting Chisholm with his mother when he was 16 years old. Chisholm was running for President, and Staly's mother took the future Sheriff to the old Orlando Airport to greet her as she flew in. Staly recalled seeing her at the pinnacle of her spotlight, surrounded by TV cameras as she walked down the hall. 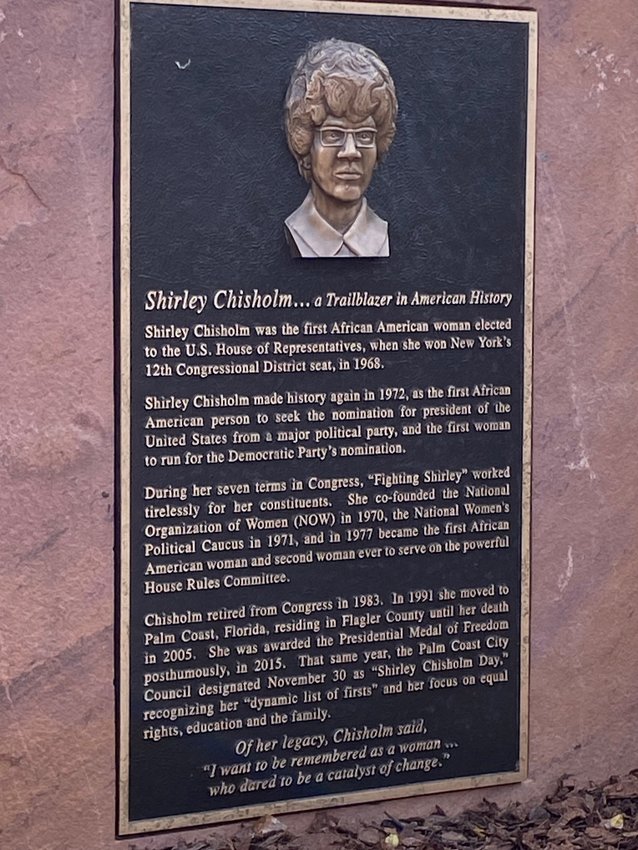 The plaque was unveiled just across the street from the Golf Club after the ceremony concluded. "It feels really wonderful" to see the plaque installed at last, Lightfoot said afterward, thinking back on a year-long effort. "It almost brought tears to my eyes. We've finally done it."

"We just stuck with it even though it was long and tedious," added Reynolds. "I'm so glad we did, because this enriches our entire community. It's for everybody, not just Democrats." 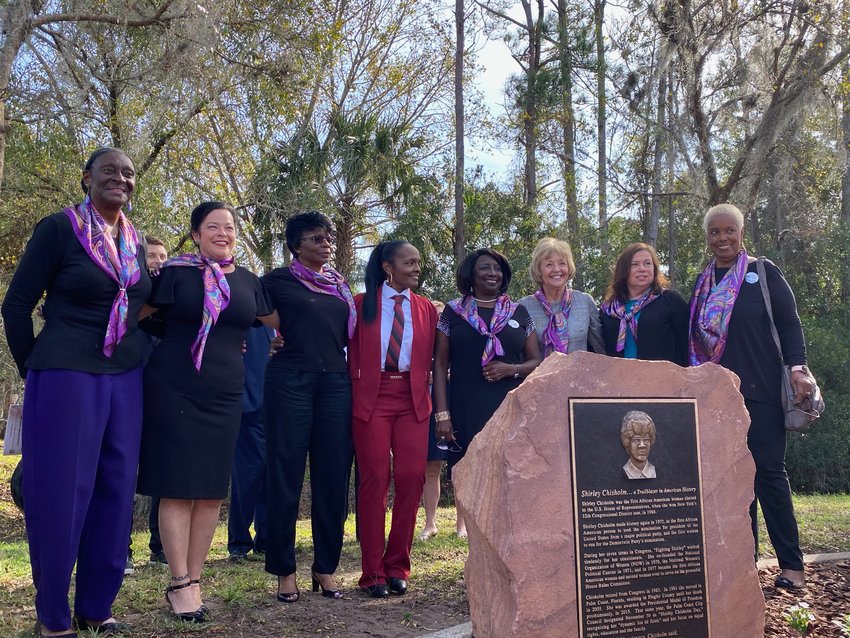