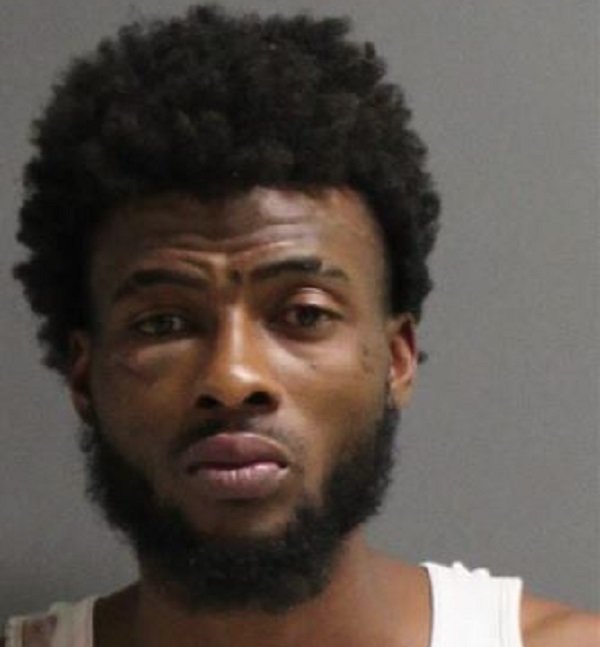 DeLand, FL - DeLand Police responding to a fight in the parking lot at the Tropical Breeze Bar found a victim stabbed in the shoulder and the suspect, 28-year-old Patrick Ferguson, driving out of the parking lot at a high rate of speed. The BMW being driven by Ferguson hit a parked car and almost hit an officer, who took evasive action to avoid being hit.

Several witnesses say the commotion began when Ferguson pulled a woman's hair while she was walking across the parking lot. The man walking with her is the victim stabbed by Ferguson.  He said something when he pulled the woman's hair and an argument ensued. Ferguson had already fled the parking lot before the victim realized he'd been stabbed.

Another DeLand officer spotted the BMW traveling at a high rate of speed northbound on N. Woodland Blvd. The officer attempted a traffic stop but Ferguson did not cooperate. The officer lost visual contact when the car traveled onto the Stetson University campus.

Body cam video of the incident can be seen by clicking here.

As officers were checking the campus, they found the BMW in a grassy area where it had crashed into a tree. A Stetson security officer alerted the police officers to a black male, identified as Ferguson, wearing a white tank top and white shorts wobbling back and forth with fresh cuts and abrasions.

Ferguson was taken to the DeLand Police Department where he was instructed to complete Field Sobriety Exercises. He did not do well. He took the breath test twice, 20 minutes apart. The first time was .175 and the second, .147, both well over the legal limit of .08.

Ferguson is being charged with aggravated battery, assault on a law enforcement officer, attempted fleeing from law enforcement, reckless driving, driving under the influence and driving without a valid license. His bond was set at $14,000 and he has since bonded out.