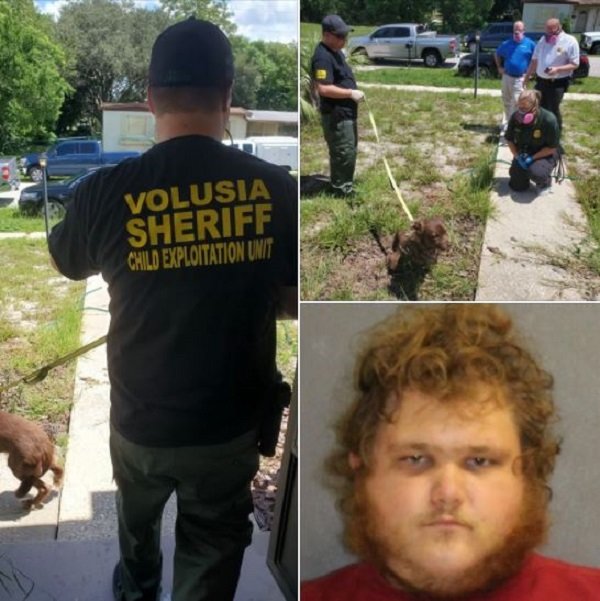 Deltona, FL - A stolen phone that was recovered leads to a very disturbing discovery. Volusia Sheriff's Office investigators say that about 1,400 files of child pornography were on 20-year-old Joshua Jobe's phone.  They also found numerous text messages containing claims of access to children, and sexual contact with them. He had multiple conversations about raping children and babies. Investigators say that at this point, it doesn't appear that Jobe personally had access to or sexually abused any children.

Detectives also found multiple videos showing Jobe forcing sex on or having sexual contact with the family dog. The dog, Brownie, has been removed from the home by Volusia County Animal Services.

The investigation reveals that Jobe has autism and functions with the mental capacity of someone younger than his age. VSO said in a press release that in 2016, it was reported that Jobe had sexually abused a different family dog. In that case, Jobe was taken into custody under the Baker Act and the dog was surrendered to Animal Services.

On Friday, August 14, Jobe was preliminarily charged with 20 counts and ordered held without bond. Additional animal cruelty and bestiality charges are pending.