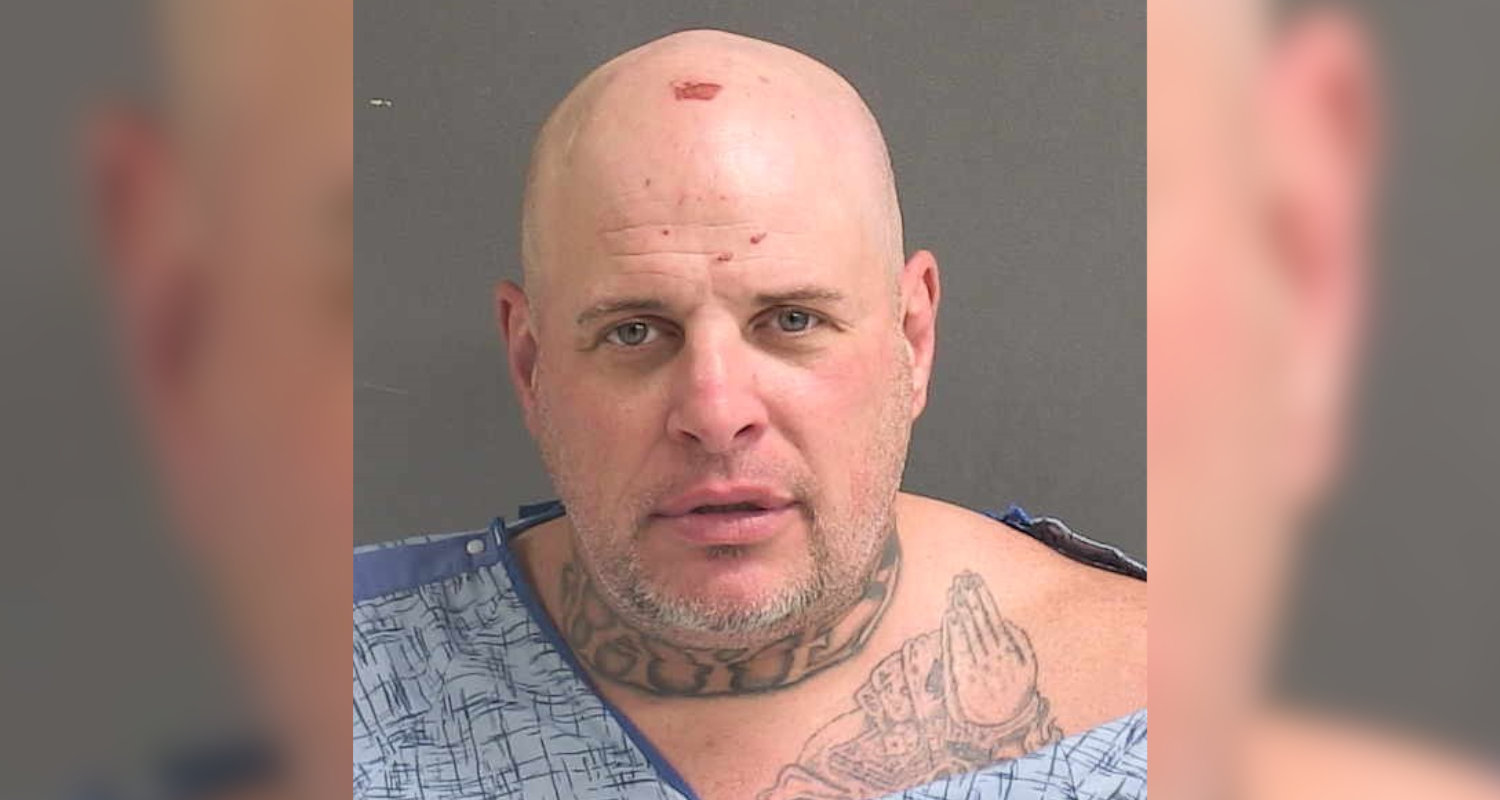 Daytona Beach, FL - First he punched a woman over an argument about paying for gas, then he stole her truck later that day just to hit another vehicle twice, drive off, and end up in jail.

The Daytona Beach Police Department (DBPD) says Dennis Small Jr. was arrested on Sunday (Jan. 9) at Halifax Health Medical Center following the crash. Police say everything stems from an incident that had happened on Friday (Jan. 7).

According to a report from police, Small—who was intoxicated—punched a woman in the face multiple times after an argument about who was going to pay for gas. Small went inside to pay for the gas, which is when the woman hopped into the truck and tried to drive off. Small was able to grab the passenger door handle, but fell off.

The woman was later pulled over by Volusia County Beach Patrol for speeding near the intersection of Silver Beach Avenue and Atlantic Avenue.

The woman eventually made it to another person’s house. But Small soon showed up and began to knock on the door. After being told to leave, Small took another set of keys and stole the woman’s truck.

Later that same day, police responded to a call about a hit and run crash at the intersection of Nova Road and Dr. Mary McLeod Bethune Boulevard. Witnesses told officers that a car was sitting at the intersection about to make a turn when they were struck by a pickup truck—one that matched the description of the truck Small stole earlier that day.

The same story was corroborated by the driver of the car that was hit, who told officers he was hit twice by the same vehicle. He said the vehicle hit him, backed up, and hit the car again before fleeing the area. The driver was treated for injuries at Halifax Health Medical Center. Their condition is not known at this time.

An officer then found Small driving the pickup truck in question with heavy front end damage. He fled from the officer but eventually came to a stop in the parking lot of a car wash on Nova Road, leading to his arrest.