Police Having Trouble Identifying The Subject 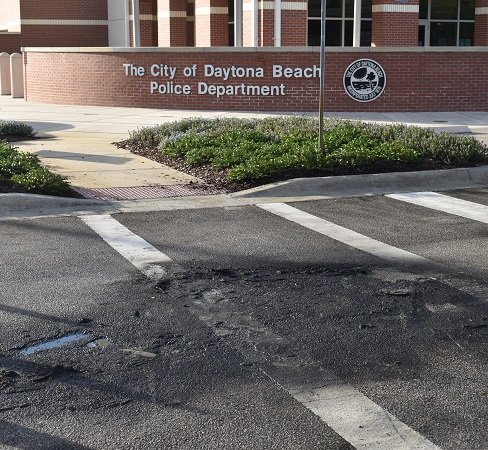 DBPD Public Information Officer Messod Bendayan says the challenge right now is confirming the identity of the severely burned man. Bendayan told News Daytona Beach that investigators are using the vehicle's registration and his dental records to officially ID him. His name will not be released until his next of kin is notified.

While he had a Lake City address, he was living out of his van in Daytona Beach.

According to Deputy Chief Jennifer Whittet, the man had a history of mental issues,  had been Baker Acted three times, and had made threats to blow up both the FBI building in Jacksonville and another police department.

"He had a run-in with his neighbors," said Whittet. "I don't know if he didn't get the help he was looking for or what he wanted from police, but at that time he threatened to blow up the FBI building."

Whittet added that the man's sister called the Columbia County Sheriff's Office to conduct a well-being check on him just days before the fire.

The man died early Wednesday morning (Jan. 13) after surveillance footage captured him pulling into the parking lot right before it burst into flames. He was able to get out of the van, but he only made it five feet before he collapsed and died.

The initial investigation showed that the fire was not caused by a mechanical issue. However, investigators say a plastic container with a clear liquid was discovered, but it's not known at this time if it pertains to the investigation.

The investigation into the fire continues.