Many Challengers For Elected Offices In Volusia County 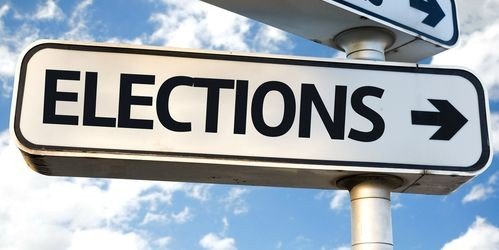 DeLand, FL - It is qualifying week for those wishing to run for elected office in Volusia County and Supervisor of Elections Lisa Lewis says a number of incumbents have challengers this year.

At this point, Daytona Beach Mayor Derrick Henry, who is running for a third term, is being challenged by Sherrise Boyd and Ken Strickland.

New Smyrna Beach Mayor Russ Owen will again face Lisa Martin, who ran against him when he was elected the first time in 2018.

In Port Orange, Mayor Don Burnette is running for a second term but faces a challenge from Sarah Jones, a previous candidate for Port Orange City Council and Derek LaMontagne.

In County elections, three people, Deb Denys, Jeff Brower, and Gerard Witman are trying for current Chair Ed Kelley's seat.  Lewis says as of today, none of them have qualified. District Two Councilmember Billie Wheeler is being challenged by Danny Fuqua. With the District Three seat open because Denys is running for County Chair, there are three candidates but only one, Danny Robins has qualified. The other two candidates are Gary Conroy and Johan D'Hondt.  District Four Councilmember Heather Post has a challenge from Barbara Bonarriggo, who's already qualified.

With the passage of Amendment 10, Constitutional officers are partisan races. Lewis said, "That's Clerk of the Court, Property Appraiser, Sheriff, Supervisor of Elections and the new one,  Tax Collector. As it stands right now, in the Tax Collector position, there are two that have filed that are both Republican Party so that would make it a universal primary." The other four offices, including Lewis', do not have any challengers at this time.

Lewis reminds us that to vote in the primary, you need to be registered to vote by July 20.  Also, early voting happens from August 8 through August 15. If you'd like to request a vote-by-mail ballot, Lewis says there's no time like the present to ask for one. " Voting by mail is safe. In Florida, there are so many procedures put in place to protect that vote, and especially here in Volusia County. I come from banking, I think of it as money, I protect that. I don't want anyone else to have your vote." She says that you can request your ballot by calling the office at 386-254-4690 or visit volusiaelections.org

You can also register to vote online by clicking here.