Multiple Charges For Man Who Dragged FCSO Deputy With Car 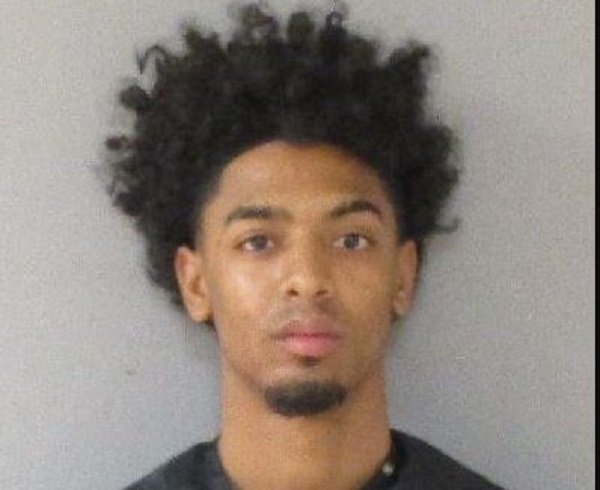 Palm Coast, FL -A 22-year-old convicted felon is arrested for the eighth time after dragging a Flagler County Sheriff's deputy with his car after being asked to step out.  Elisha Payne-Clark was spotted by the deputy who was on foot patrol in the parking lot of the Shell gas station on Palm Coast Parkway, a focus problem area.

The deputy saw a car pull in and recognized the driver as Payne-Clark, who also recognized the deputy. The deputy approached the vehicle and noticed a baggie inside the center console cup-holder that contained a green, leafy substance. He instructed Payne-Clark to get out of the vehicle. Instead of doing so, he put the car in reverse, dragged the deputy backward and crashed into a vehicle directly behind them.

Payne-Clark put his car in drive, still dragging the deputy and headed towards another vehicle. The deputy was able to get away from the car and escaped serious injury. The suspect drove off westbound on Palm Coast Parkway in the eastbound lanes.

One witness called about a black car driving erratically and another called to report a black car had crashed into a portable bathroom. The driver was heard yelling into his phone for someone to pick him up. A short time later, he was picked up by a grey Dodge Dart and that driver was headed towards Belle Terre Parkway.

Deputies went to an address on Old Kings Road, a location that Payne-Clark is known to frequent. They found the car that picked him up and conducted a traffic stop. Three subjects were detained for investigation but were unwilling to cooperate. When asked where they were coming from, they advised they wished to speak with a lawyer.

The car Payne-Clark was driving was found on Briarvue Lane with the baggie of marijuana still in the console. The owner of the car, Autumn Gaither, contacted law enforcement to report her car stolen, which she later recanted, admitting that she is in a relationship with Payne-Clark. She told deputies that he has permission to use her car.

“I am very thankful that Deputy Conway was not seriously injured or killed as a result of this dirtbag's reckless behavior. This is a case that could have had a tragic outcome,” Sheriff Staly said. “This guy clearly has no respect for anyone. Not for the publics safety, not for his girlfriend’s property, and especially not for the deputy's that he could have seriously injured or killed with his reckless behavior. He is a career criminal who is back behind bars where he belongs. He needs to go to prison for a very long time.”

Payne-Clark is charged with Aggravated Battery on a Law Enforcement Officer, Resisting with Violence, Reckless Driving, Leaving the Scene of an Accident, and Driving with no Driver's License. He is being held on no bond.