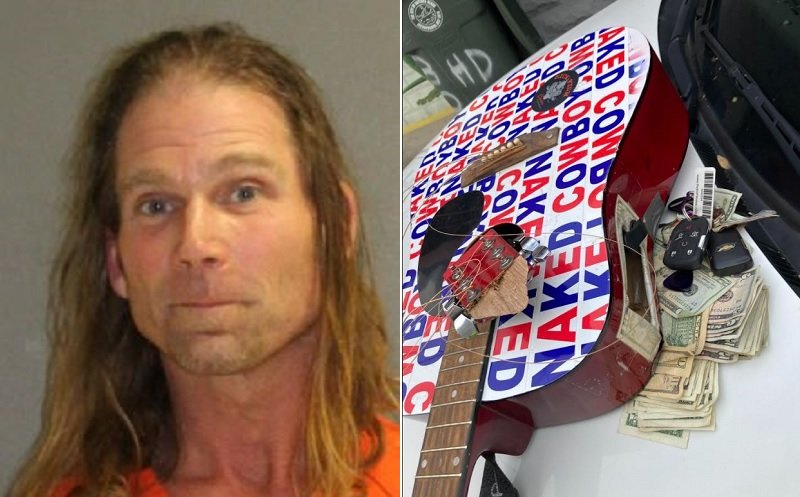 Daytona Beach, FL - New York City’s Naked Cowboy spent Saturday night in the Volusia County Jail. Daytona Beach Police (DBPD) say Robert Burck has been a regular during Bike Week but this year, photo-taking with visitors got a little out of hand.

According to the incident report, Burck was on Main Street, about 10 feet from the entrance to Froggy's Saloon, just after 4 p.m. He was observed holding his guitar strapped across his chest. Multiple bystanders wanted their pictures taken with him, putting money into the soundhole of the guitar. These actions put him in violation of the Daytona Beach city panhandling ordinance.

Burck made matters worse when he refused to follow the orders of a police officer on scene by pulling away from her. She redirected him against a marked patrol vehicle, which caused the headstock of the guitar, still strapped around Burck's chest, to break off.

Burck was arrested on charges of Aggressive Panhandling and Resisting Arrest. He was out on a six hundred dollar bond yesterday.