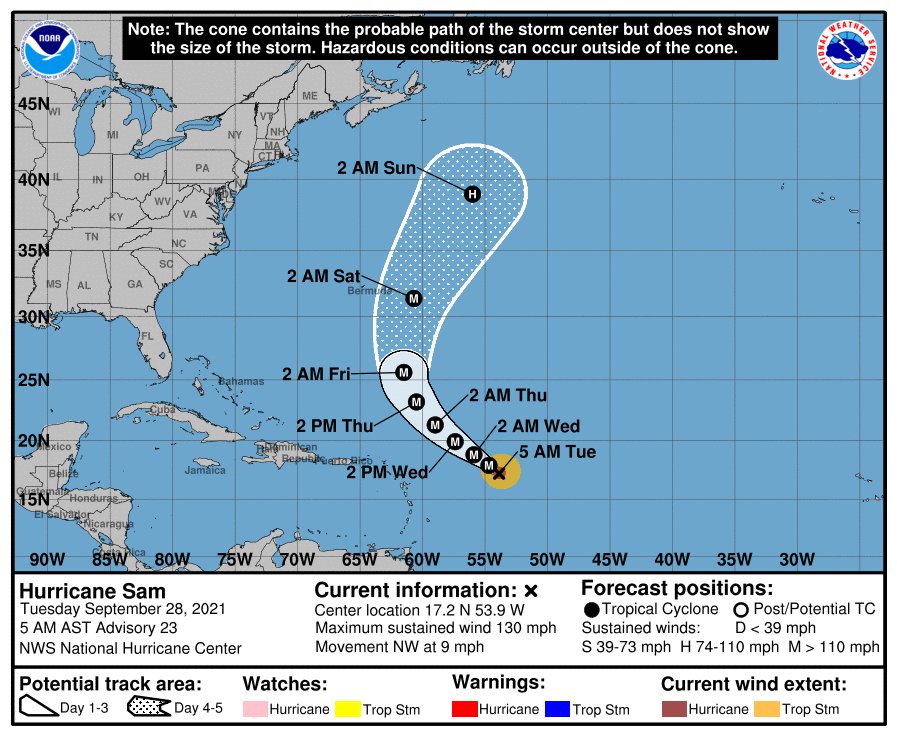 Daytona Beach, FL - While its track has it turning away from the United States, parts of the Atlantic Coast might feel some effects from Hurricane Sam.

Early Tuesday morning (Sept. 28), an Air Force Reserve Hurricane Hunters aircraft found evidence that the hurricane had strengthened some. Maximum sustained winds were last reported to be around 130 mph as the storm continues on a northwesterly path past the Leeward Islands.

According to National Hurricane Center meteorologists, Sam is likely to generate large swells that could affect the Virgin Islands, Puerto Rico, Hispaniola, the Bahamas, and Bermuda by sometime Thursday or Friday. Forecasters also believe these same swells will likely reach the Atlantic Coast of the United States and Canada by the weekend.

These swells can cause life-threatening surf and rip current conditions, so beachgoers are reminded to exercise caution and to always swim near a lifeguard.