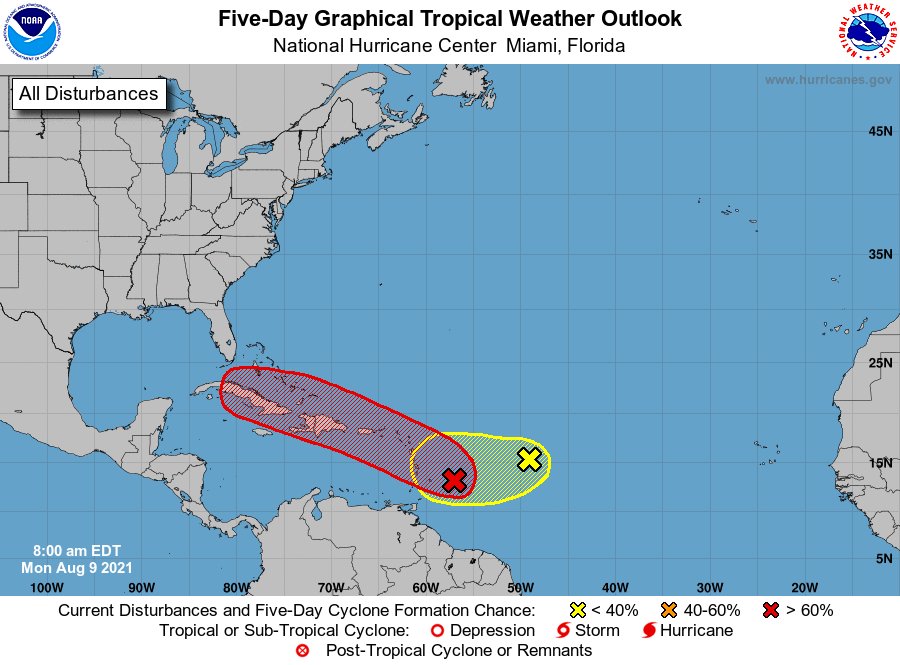 Daytona Beach, FL - After a period of inactivity, the National Hurricane Center (NHC) says a tropical depression is likely to form in the Atlantic Ocean within the next couple of days.

An 8:00 a.m. update from the NHC says showers and thunderstorms connected to a low pressure system located about 150 miles east of Barbados have become more concentrated. Meteorologists say conditions are expected to be conducive for additional development, meaning a tropical depression is likely to form sometime on Monday (August 9) or Tuesday (August 10) while the low moves west-northwestward at 10 to 15 mph.

Forecasters predict that the system will reach portions of the Lesser Antilles Monday night, then move near the Virgin Islands and Puerto Rico on Tuesday, and be near Hispaniola around the middle of the week.

If and when this storm develops, it will be given the name Fred.

Meteorologists are also watching another band of disorganized showers and thunderstorms located several hundred miles east of the Lesser Antilles. Development of this system is becoming less likely during the next few days while it moves toward the west or west-southwest at around 10 mph.