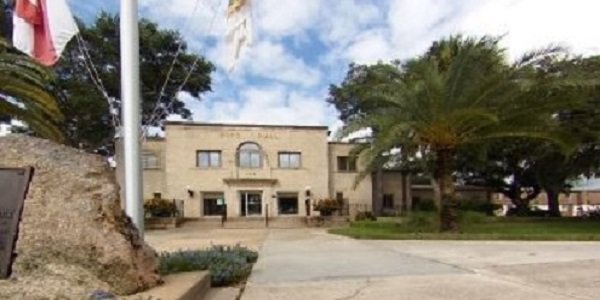 New Smyrna Beach, FL - New Smyrna Beach City Commissioners are denying a Special Exception Use request for vacant property located on the south side of SR 44 at Sugar Mill Drive.

Mayor Russ Owen said there were good aspects to the project. " It would have held off development on that particular piece of property for quite some time and taken out an old abandoned gas station. It had some redeeming qualities but Commission unanimously felt they didn't have enough evidence to ensure that it wouldn't affect the city negatively. " Residents also spoke on the request to say they didn't want it. They were concerned about the impact this type of project would inflict on all residents, visitors, business owners, school buses that rely on SR 44.

Another item on last night's agenda was a request from the NSB Police Department for a  small,  unmanned aerial system (sUAS) program using Police Department Impact Fee funding. Owen said that the Commission shares citizens' concerns on privacy. "That's paramount to us in New Smyrna and really, just as Americans. I can assure you this  program has been vetted by numerous advisory committees, the neighborhood council  and many different citizens have had a chance to give input."  He also said this technology can be rapidly deployed in an emergency situation and they enhance public safety and protection and it is not any kind of invasion of privacy.

Owen also mentioned an event coming up next week. "On February 20th, at 5:30 p.m., we will be having the first of it's kind State of the City Address at the Brannon Center. It'll give folks a chance to come out and hear legislative updates, what the Commission has been working on to put in place. We'll talk about the future, talk about where we are heading in 2020 and also celebrate some community leaders."