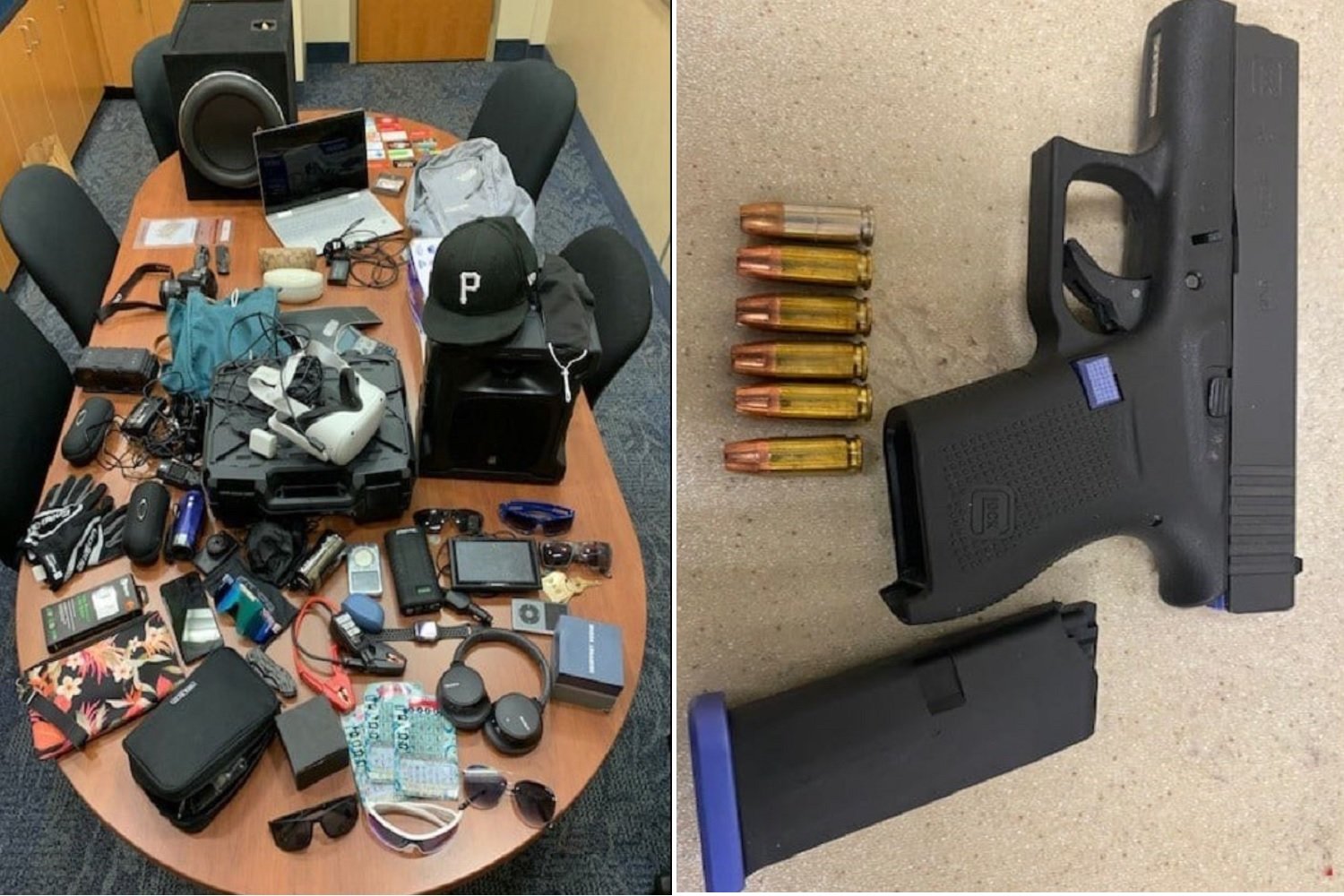 New Smyrna Beach, FL -  New Smyrna Beach Police Department (NSBPD) detectives quickly identified the man who was involved in more than a dozen vehicle break-ins on Thursday. Today (October 15) 29-year-old John Hughes was located and arrested for charges which include but are not limited to armed burglary, possession of a firearm by a convicted felon, several counts of burglary to a vehicle, and occupied burglary to a dwelling.

Residential surveillance video showing the suspect, later identified as Hughes, breaking into vehicles and an open garage. Items reported stolen include cash, change, debit and credit cards, a subwoofer, a Rolex watch, and ring, as well as a Glock handgun. The video also showed investigators the Pennsylvania tags on the white Durango that they determined belonged to Hughes. Additional video from another victim shows the Durango in the neighborhood at the time of the burglaries.

Detectives found the vehicle at the Coconut Palms Beach Resort. Huges confessed and was taken into custody. Stolen items from NSBPD’s reports were located in the back of the Durango and were positively identified by the victims. There are other items that haven't been identified yet. If you have items that are missing from your vehicle, you can check with the NSBPD to check out the items.