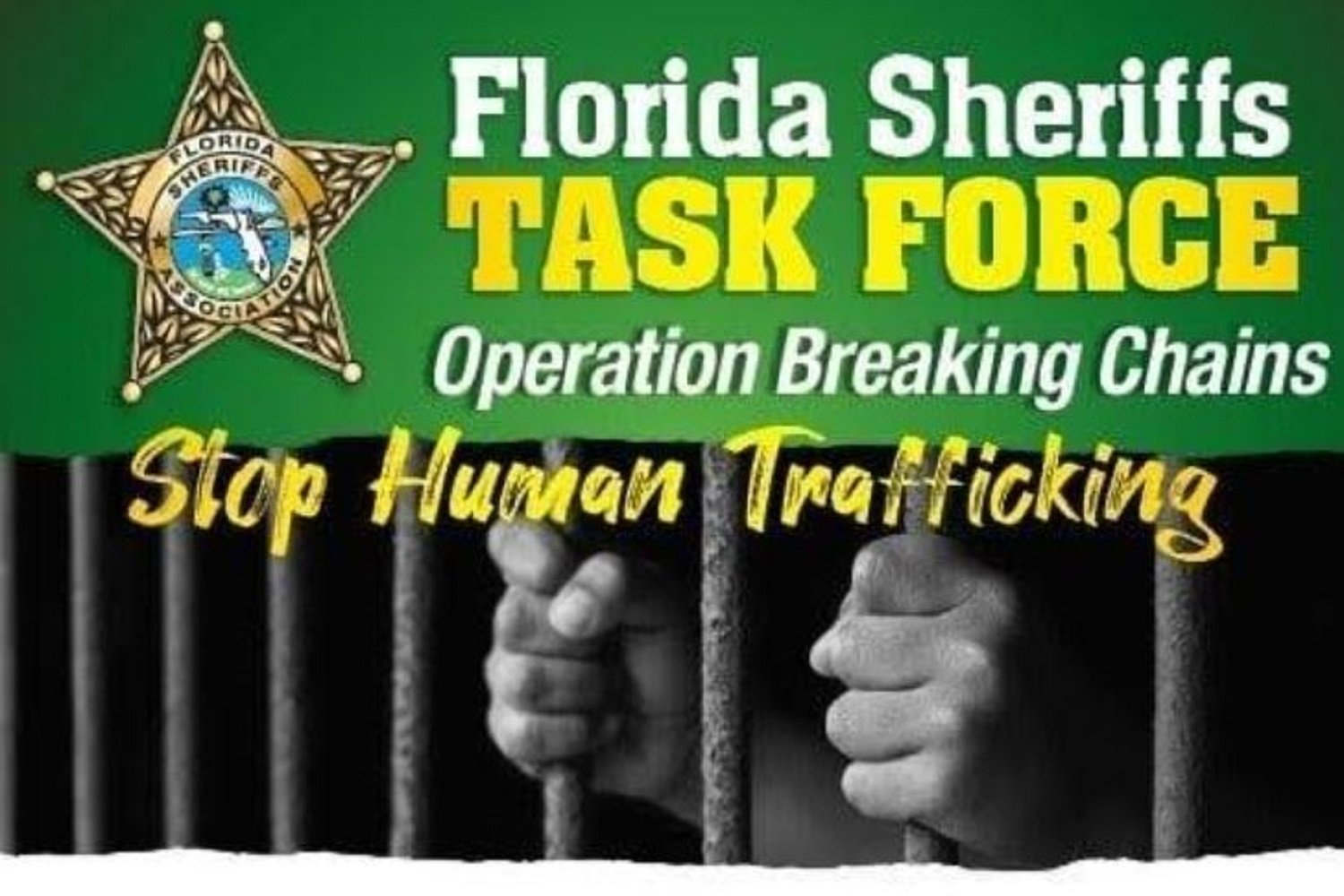 Bunnell, FL - Results released by the Florida Sheriffs Association (FSA) Task Force for "Operation Breaking Chains", a strategic initiative in 16 Florida counties that focused on reducing human trafficking throughout the state and prosecuting those responsible for trafficking individuals show that 13 arrests were made by the Flagler County Sheriff's Office (FCSO).

Flagler County Sheriff Rick Staly that over a two-day operation, 13 arrests were made on prostitution, narcotics, and firearm-related offenses. The county-wide operation successfully led to the discovery and interception of a victim of Human Trafficking.

"We partnered with the FSA for this state-wide operation, which led to the recovery of drugs, firearms, and the rescue of a victim of human trafficking.” Sheriff Rick Staly said. “These are not victimless crimes and we will continue to work to end human trafficking, prostitution, and drugs in Flagler County. I want to thank our Special Investigations Unit, Homeland Security Investigations, and our PACE team for their incredible work during this operation.”