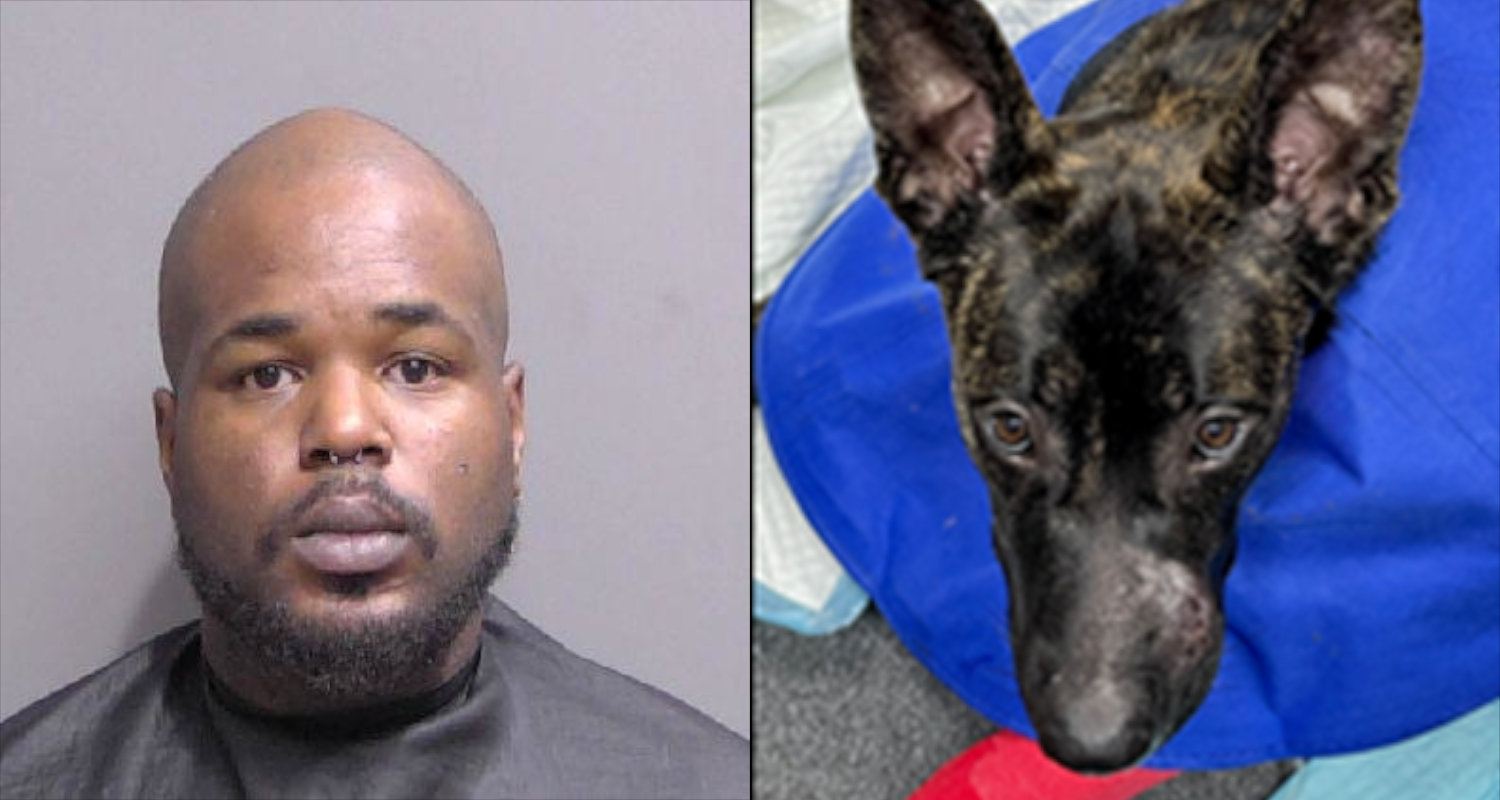 Palm Coast, FL - A call about shots fired leads Flagler County deputies to discover a dog that was shot in the head by his owner.

A report from the Flagler County Sheriff’s Office says Jamier Lee was charged with felony animal cruelty and tampering with evidence after he reportedly shot and injured his dog, Rocky.

Several neighbors in the S-section near Seaman Trail called the FCSO after they heard a dog barking, followed by a gunshot and the sound of a dog crying. Deputies arrived at a home on Seaman Trail and made contact with Lee, who denied hearing anything. Investigators noticed that Lee seemed nervous and appeared to have smeared blood on his face. They also noticed a freshly dug hole in his backyard and noticed Lee trying to hose off his back porch.

When detectives arrived to speak with Lee, he told them he heard a family member screaming that their dog had bitten her. Lee confessed that he jumped out of bed, grabbed a gun, and took Rocky outside before shooting him once in the head. After shooting Rocky, Lee dragged him inside, locked him in his kennel, and tried to clean the bloody patio before deputies arrived.

Detectives went inside after his confession and found Rocky, who was visibly in pain. He was eventually taken to Flagler Animal Hospital for treatment. Deputies later discovered that Rocky had been left in his kennel for over two hours before law enforcement arrived.

“This is a sick and twisted individual to try and reprimand an animal and leave it to die,” Flagler Sheriff Rick Staly said in a prepared release.

An arrest warrant for Lee was filed on Monday, leading to his arrest. He bonded out of jail on Tuesday (April 5) after posting a $7,500 bond.

The latest report from FCSO says Rocky is doing well and is expected to recover.